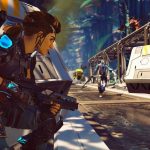 When Amazon announced that they were branching more into the gaming software side of the industry. Many analysts predicted that Amazon had massive potential to make a splash and shake up the industry. With the introduction of Crucible, the free to play team shooter with a colorful art style. It was speculated whether or not the game could possibly compete with Fortnite. However, in the past few weeks, this has been proven to be the opposite.

After plummeting player numbers only a week after launch. The viability of the game quickly came in to question. With the game peaking at only 10k players on Steam during its launch week. Then things went from bad to worse as the player count couldn’t even break 200 this past weekend. It was clear the game was failing. Amazon appears to have heard the message loud and clear and has backtracked the game significantly.

Starting tomorrow, Crucible is moving to closed beta. We’ll continue following the roadmap we laid out previously and working on map, combat, and system changes to improve the Heart of the Hives experience as well as implementing other improvements based on your feedback and what we think the game needs in order to thrive.

Many of these quality of life improvements and changes are quite common in live service games, Why the game has to removed from storefronts is questionable. Locking potential new players out of the game. Only allowing the small number of people who already downloaded the game to access it seems backward. While claiming they want to focus on community feedback, with how dwindled the player numbers are. What community is really there?

This game has a long road ahead of it, and I wonder if we will see it make a comeback? Only time will tell.