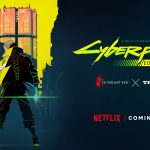 We’re not just getting a new Cyberpunk game from developer CD Projekt Red. Cyberpunk: Edgerunners, an anime set in the Cyberpunk universe, is coming to Netflix in 2022. CD Projekt Red made the announcement on Night City Wire, which serves as Cyberpunk 2077’s video announcements.

According to a press release, Edgerunners will “tell a standalone, 10-episode story about a street kid trying to survive in a technology and body modification-obsessed city of the future. Having everything to lose, he chooses to stay alive by becoming an edgerunner-a mercenary outlaw also known as a cyberpunk.”

Night City Wire concluded with promising another episode in a few weeks but did not specify a date.