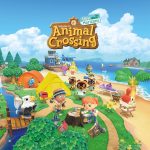 Via Tom Nook on Twitter, Animal Crossing has announced its latest update for its massively popular Nintendo Switch game. Presented as Wave 1, which will be arriving on July 3rd, players will be able to enjoy the ocean like never before.

[Announcement]
Cool off this summer by diving into the #AnimalCrossing: New Horizons free Summer Update – Wave 1, arriving 7/3! Put on your wet suit to dive & swim in the ocean, and even meet new characters! Stay tuned for info on Wave 2, planned for release in early August. pic.twitter.com/cYd86R7g6D

In Animal Crossing, the surrounding water is not just for fishing anymore. When the new update goes live, you will be able to actually dive in and explore the ocean. Find new items to collect and meet new characters.

The update is a very welcome one as it should keep players busy on new adventures. The team is also teasing a new summer update coming in August.