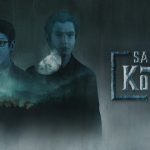 Red Martyr Entertainment will be launching their Kickstarter campaign for Saint Kotar on June 18. It is a psychological horror adventure game that draws inspiration from works such as Broken Sword and Black Mirror. Originally announced in 2016, the game is set in a mysterious Croatian mountain town. It follows Benedek Dohnany and Nikolay Kalyakin as they investigate a series of macabre murders relating to witchcraft and devil worship.

Alongside their Kickstarter campaign, the team at Red Martyr Entertainment is also launching a free prologue for the full game. Called Saint Kotar: The Yellow Mask, it will be available on steam here.

Touted as having multiple protagonists and a diverging storyline affected by the player’s actions, Saint Kotar is one to watch if you’re a fan of adventure games.