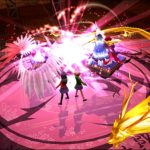 After rumors earlier in the week about Persona 4 Golden coming to PC. The game which has long been locked to the PlayStation Vita handheld has been a long demanded port by PC fans. It looks like Atlus has been keeping their ear to the ground on what fans have been saying. Except when it comes to demands by fans to port Persona 5 to the Nintendo Switch. But that is a different story. Many assumed that we would find out more about the port during the PC Gaming show later today. However, thanks to another leak PC owners will be able to play the game before its reveal.

The Persona 4 Golden Steam Store page has officially gone live. Allowing Steam members to download and play the game ahead of its official announcement. The game is currently available for $19.99 USD or your local equivalent. For a few extra dollars, you can download the digital deluxe version of the game. Which includes the game, a digital artbook, and the digital soundtrack. Which is a must for the most passionate Persona fans.

Here are also the minimum and recommended specs for Persona 4 Golden on Steam.

You can find the official Steam store page here.

Will you be buying Persona 4 Golden? Let us know in the comments and don’t forget to check back for the latest gaming news and information.