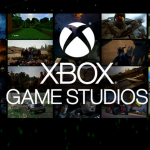 You are reading
Are We Being Too Hard on Xbox and Xbox Series X?

Microsoft is coming off hot from their Xbox Games Showcase that took place on July 23. In it were reveals all highlighting Xbox Series X, Game Pass, and the future of the brand’s in-progress ecosystem. Whether the showcase impressed or not is up for debate, but is the ongoing harsh criticism warranted?

As the year ramps up into next gen consoles, Xbox has had the most steep hill to climb. While Microsoft have been waning in the console space, their focus has shifted dramatically since the introduction of Game Pass. Xbox Game Pass is a video game subscription service described as “Netflix for video games.” Available on Windows 10 PC and Xbox devices, Game Pass gives easy access to a library of games, from AAA to indie, under an affordable monthly subscription.

During the same time, the company has been acquiring new studios, heavily promoting their new console, and diversifying their game catalog. Midway through 2020, Xbox is in a good spot before the launch of their new console. Initially coming off of their Thursday showcase, they seemed to be heading in the right direction. However, it’s when we do a bit more digging that maybe Xbox doesn’t have it all together like we’ve seen so far.

Phil Spencer has been praised for clarity and channeling the brand to make its center about two things: games and gamers. They tout the most powerful console with an unbeatable subscription service, selling convenience to old and potential Xbox buyers. While both statements are unequivocally true, Spencer is not immune to mixed messaging. While saying exclusive titles “completely counter to what gaming is about,” we saw a lot of this during the Xbox Games Showcase:

While flourishing the plethora of options they give gamers to play their upcoming games, the company discontinues Xbox One X and Xbox One S digital edition. Additionally, a handful of titles in the showcase, like Fable and Avowed, seemed to only be available for the Series X and PC platforms. One caveat can’t escape my mind: I wasn’t impressed by Halo Infinite‘s presentation, despite the major build up to its gameplay reveal. For background, I was never fully interested in the franchise, but I was eager for what would be shown to change my mind. From the demo, gameplay looked arcadey fun and silky smooth. The sound design was pretty good and the shooter is easily identifiable; you know it’s Halo. But the demo lacked any striking art style and looked flat.

Even being on the world’s most powerful console, its graphics are not impressive at all and gave way to a whole new set of memes. By the demo’s end, I felt underwhelmed and no different than how I felt about Halo before. Halo, Xbox’s marquee title, had an average showing. Why? I understand COVID-19 has impacted development tremendously. But, this best foot forward was more of a side step.

The True Winner of the showcase – Game Pass

Despite the criticisms, people are looking over one factor too easily: Just about every game shown is coming to Game Pass. For an extremely affordable $15 or less per month, one person can choose to play a huge variety of games. Whether you’re on console or PC, Game Pass is an absolute winner for our wallets. Let’s not forget, gaming is a luxury and expensive hobby. Playing more games at a cheap price is undoubtedly a celebratory win those that love to play more.

With the seemingly high-quality of titles shown on Thursday coming to the service, it’s direct competition to anything Sony or Nintendo has. Microsoft is fully riding on Xbox Game Pass, and rightfully so. The service should be given its immense credit for going where no other company would dare to go. In an era of increasing greed, Xbox is the highlight of the decade that opposed those avenues.

Where To Go From Here

It goes without saying that Game Pass should not be their end all, be all. Games can speak for themselves, and Microsoft’s competition is singing. Their lineup for the next two to three years looks very promising. With Game Pass and the inevitable X-Cloud, those titles will be more accessible than ever before. With this in mind, I wonder if fans and critics are being too harsh on Xbox. I do see both sides. Game Pass is the best value in gaming. Period. But, is that all Xbox will be?

I love competition, so I would love to see Xbox exclusives rival the pedigree of Sony and Nintendo. At the end of the day, it’ll mean more high-quality games for us, which is all we want, right? But at the moment, four months before the supposed release of Xbox Series X, I’m left still wondering if they have what it takes. There’s been mixed messaging on approach, but it’s clear what Xbox wants to be – your next convenient game destination. They deserve our attention and to not be perfect in everything they do.