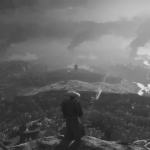 You are reading
Ghost of Tsushima Sells 2.4 Million Copies in First 3 Days of Launch

Released on July 17, Sucker Punch’s new original IP had gamers excited to dive into feudal Japan. With praise and criticisms going around, game industry enthusiasts were eager to learn of its standing in sales. On Friday, PlayStation announced Ghost of Tsushima has sold more than 2.4 million copies worldwide in its first three days. The spot for fastest-selling new IP originally belonged to Horizon Zero Dawn with 2.6 million in its first two weeks.

Ghost of Tsushima is now PS4's fastest selling first-party original IP debut with more than 2.4 million units sold through globally in its first 3 days of sales.

Congratulations @SuckerPunchProd, and thank you to fans around the world for taking part in Jin's journey. pic.twitter.com/6aE4U7YZJH

Stay tuned to our review of the game soon. The success in sales for Sucker Punch’s latest IP is a good sign for the future of Sony’s first-party studios. Following on the success of Horizon Zero Dawn, studios under the PlayStation brand can feel more than welcome to go outside their known style in video games.

PlayStation’s The Last of Us II is riding high as well, selling 4 million copies in its first three days of sales in June. You can check out our review of the game here, calling it “a unique experience that you truly have to play yourself.”

Horizon Zero Dawn Complete Edition is set to debut on PC on August 7. It’ll be the first first-party PlayStation title to go beyond its platform. Stay tuned for more information as we get closer to launch. In PS5 news, we broke down why Spider-Man: Miles Morales having a 60 FPS option is a win for gamers. The news was confirmed recently by Insomniac Games.

Facebook Twitter Google+ LinkedIn Pinterest Tumblr
Previous article Spider-Man: Miles Morales 60 FPS Option Is a Win for Gamers
Next article Are We Being Too Hard on Xbox and Xbox Series X?