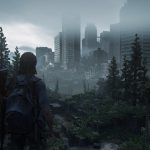 June’s NPD’s are in and as always there is a ton of interesting trends and information to observe. With so many hot releases this past month, there is no doubt a wealth of information to be found here. From the best selling hardware, software, and accessories it is time to dive right into the overall health of the industry in the US. As always, a massive salute to Mat Piscatella an analyst from the NPD group who does a fantastic job in sharing this information.

The big question on many people’s minds of course is how did The Last of Us Part II perform? To say the game is a massive success for Naughty Dog would be an understatement. After selling 4 million copies in the first three days. The Last of Us Part II easily steals the top spot. Despite all the outrage, boycotting, and drama surrounding the game. It appears it did not slow the game’s sales down in the least. As it officially is the second biggest launch of any Sony published game in the company’s history. The only game to be a bigger launch was 2018’s Marvels Spider-man from Insomniac Games. Not only this but The Last of Us Part II is already the third best selling game of 2020 in the United States. Only trailing Call of Duty: Modern Warfare and Animal Crossing: New Horizons, which took the number one and two spots respectively.

Software and Hardware By The Numbers

Overall video game software was up massively reaching $540 million in June which is up by 49% compared to last year. The massive success of The Last of Us Part 2 as well as many areas still under stay at home orders. Could definitely be a factor in this massive increase for June. There was also a large increase in video game accessories and game card spending. A total of $417 million was spent in the month of June. Which is up by a massive 29% when compared to June of last year. The only decrease in year over year growth was in terms of hardware spending. Which was down 17% year over year, resulting in $191 million spent. The Nintendo Switch was the best selling hardware as Nintendo continues to dominate in the hardware sales. As PlayStation and Xbox prepare to roll out their next-generation plans, the Switch most likely will carry this torch for the remainder of the year. At least up until next-generation consoles launch.

Overall the games industry generated $1.2 billion for the month of June which is a 26% increase when compared to June 2019. This is the biggest spend for the month of June since 2009, in which the industry generated $1.3 billion. Despite all the hardships that many industries are facing in a post-COVID-19 world. The video game industry continues to grow and thrive and set new records every month. It will be interesting to see what July brings us, as we continue to get closer and closer to Xbox Series X and PS5’s inevitable launch.

What do you think of the June NPD numbers? Let us know in the comments and don’t forget to check back for the latest gaming news and information.