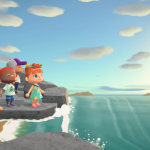 In a report from the Japanese news site Famitsu, Animal Crossing: New Horizons has reached a new massive milestone. After just a little over 3 months on the market. The game has sold over 5 million physical copies. This is a massive milestone, as noted by the sales analyst Benji-Sales on Twitter. This marks the first game in Japan to cross 5 million copies in the country since 2012. Animal Crossing: New Leaf the last installment in the franchise sold 5 million copies in 8 years. New Horizons did this in only 3 months. This also pushed Nintendo Switch hardware sales to 14 million in Japan. The success of the Nintendo Switch in Japan cannot be understated. The lifetime sales of this game are going to be absolutely insane if they continue on this trajectory.

As sales numbers continue to trend upwards for Nintendo software as a whole. It will be very interesting to see how the game has been performing in the West. We will be watching next month’s NPD very closely for more information.

Have you played Animal Crossing: New Horizons? Let us know in the comments and don’t forget to check back for the latest gaming news and information.