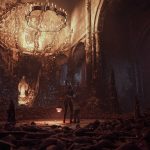 You are reading
Plague Tale: Innocence Has Officially Sold One Million Copies

Plague Tale: Innocence was a sleeper hit of 2019. While many people were not paying attention to the game prior to its launch. After receiving high critical praise, and drawing comparisons to games like The Last of Us. Many people picked up the game as word of mouth did a lot of good for this game. I will say personally, that Plague Tale: Innocence is one of my favorite games of 2019.

Today, the official Plague Tale Twitter account announced that the game had officially sold over a million copies worldwide. This is an amazing accomplishment for Asobo Studios. There is no doubt that the game’s publisher Focus Home could not be happier. The game represents a massive step for Asobo Studio, as prior to this. The studio primarily had been working on licensed Disney games and as a support studio. Now they have a hit with Plague Tale: Innocence while also working on the upcoming Microsoft Flight Simulator 2020. The future certainly looks bright for the studio. We cannot wait to see what they do next.

We're thrilled to announce that A Plague Tale: Innocence has sold over a million copies worldwide!

This wouldn't have been possible without our community and we'd like to thank every one of you for supporting the game and @AsoboStudio ❤️🐀! pic.twitter.com/YQacwAemIo

Have you played Plague Tale: Innocence? Let us know in the comments and don’t forget to check back for the latest gaming news and information.

Where to find Nectar, Pollen, and Flower Petals in Grounded

Where to find Nectar, Pollen, and Flower Petals in Grounded

Crash 4 Brings The Hype At PlayStation’s State of Play

Bugsnax Gets New Trailer At PlayStation’s State of Play