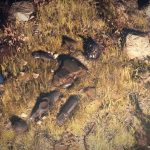 You are reading
Fallout 76 Is Coming To Xbox Game Pass

It is only the first day of July, and Xbox Game Pass appears to be already off to a hot start. With a wide variety of titles being added every month. It always makes you wonder. What could possibly be coming next? After a few teases over the past few days. Today, we learned what games will be coming later this month. Whether you are looking for an adventure in the post-apocalyptic Fallout 76.  Or looking for a retro-styled RPG with Cross Code. Two great games will be coming to the service in July.

Today via the official Xbox Game Pass Twitter account. We learned that Fallout 76 is coming to Xbox Game Pass for Console and PC. While console players also get the addition of retro-style RPG Cross Code as well. Fallout 76 has had a rocky road since its release back in 2018. But as the game moves closer and closer to its second year on the market, it has never looked better. With the free Wastelanders DLC that brought NPCs, and companion quests into the game. As well as the new free season pass called “The Legendary Run”. There is simply not a better time than now to give the game a chance. Especially if you are an Xbox Game Pass subscriber.

"Soon" is definitely one of our favorite words if you couldn't tell by nowhttps://t.co/QsNyttcg6Q pic.twitter.com/itjLS4nRgM

Will you be playing Fallout 76 or Cross Code? Let us know in the comments and don’t forget to check back for the latest gaming news and information.