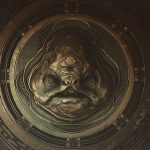 In two weeks, the final phase of Destiny’s year-long season will launch with the Season of Opulence. What would typically be a time of growing anticipation has been replaced with a feeling of trepidation. This is largely due to the upcoming nerfs to many of the most popular weapons and armor pieces (Skull, Well, Whisper, etc…). There has also been a somewhat frustrating lack of information about this season. Since the release of the original roadmap there have been no updates to the Season map, which leaves us wondering what is the future of Destiny, and the answer may be in their most popular content drops of the last year.

The Whisper and the Rendezvous 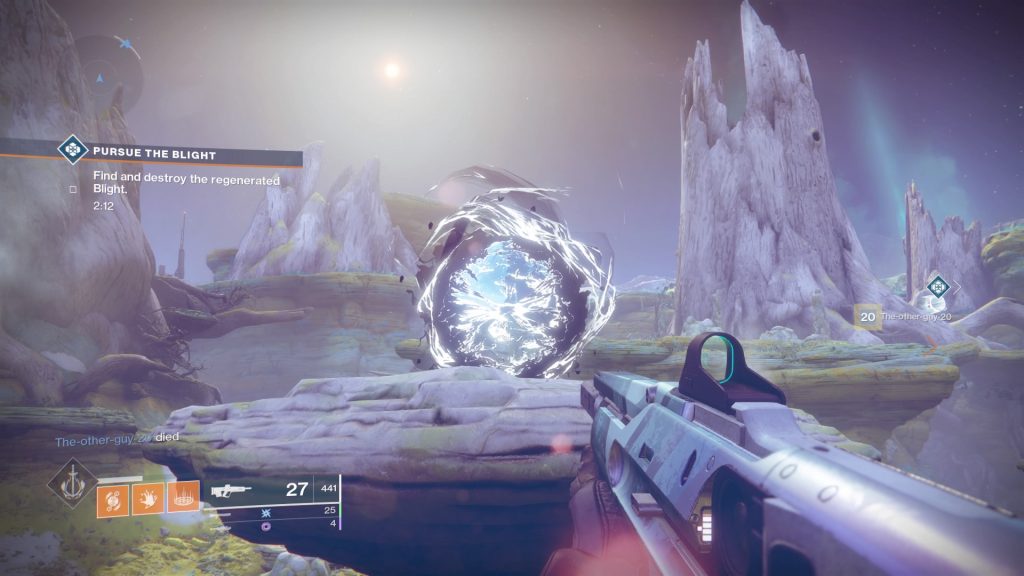 This is what a door to a realm of possibility looks like.

A year ago, Guardians found a rogue Taken Knight spawning on Io when the Taken Blight Public Event appeared. By killing the knight, players were invited to enter an anomaly and discovered the mission that ended with acquiring the Whisper of the Worm exotic sniper rifle. This mission was unique in that it came with a twenty minute timer. This added difficulty layer made each run through the mission even more fraught with peril. It was a brilliant continuation of the Xol, Will of the Thousands story that was the crux of the Warmind campaign and has become an instant classic.

Three weeks ago, Destiny returned to the well with Zero Mission. Zero Mission returned Guardians to the Old Tower that was destroyed at the beginning of the Destiny 2 campaign. Once again it had them racing against the clock. Both of these missions were stealth launched with no fanfare, no marketing campaign, just word of mouth slowly disseminating through the community. Both of these missions require an intense degree of skill and team coordination and are clearly not for the casual fan. Even solving the puzzle to get to the Zero Hour mission was no small task as I outlined here.

These missions are galvanizing points of mystery for the community to rally behind. It isn’t hard to imagine that the roadmap is only going to get more hardcore before a presumed launch of Destiny 3 in 2020. These two missions, in addition to the Shattered Throne dungeon, could be a clue to where Bungie is headed. These are three man activities that require the same kind of skill and precision that the raid invokes. However, the time commitment is far less, whether that is due to the artificial cap imposed by the Zero Hour and Whisper missions, or just by virtue of the design like in the Shattered Throne.

Bungie has a bit of a conundrum on their hands. The community is ravenous for information about what is coming up. Yet the things the community enjoys the most are the secrets that are not part of any roadmap. Reddit erupted three weeks ago with the launch of Zero Hour and has been dominated by the quest since it launched. The launch of a planned new strike doesn’t garner this kind of attention, nor does a new Crucible mode. The future of Destiny depends on these types of missions getting players engaged. The experimental storytelling of the Invitation of the Nine and the visits to Mara’s court have largely been a failure from a storytelling perspective. They offered very little in terms of information and progression. Yet, they got players to log in every week to see if this was the week that some new revelation would occur.

While I personally prefer dedicated campaign missions, Bungie has decided that these lack replayability. Therefore, they are not worth the massive time, and resource investment they require. It’s hard to blame them, but missions like Zero Hour show what can be done with old story content. 1AU, the final mission in the Destiny 2 campaign had the most impressive skybox I have ever seen. Why can’t we return to the lands that we stumbled through when we lost our Light? The Dark Forest is ripe for exploration and would be a perfect lead into the endgame with the Traveler. All that said, the popularity of these missions leads me to expect more exotic questlines like these going forwards. Cracking Zero Hour is much more satisfying than getting 100 hand cannon kills in the Crucible. Regardless of how thematically consistent it is with the lore of the weapon. These are the missions that keep people coming back. It would be in Bungie’s best interest to keep them coming for a successful future of Destiny.

Have you beaten Zero Hour yet? Are you still stuck on TR3-VR? Let us know in the comments.