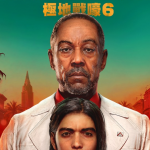 Giancarlo Esposito, the actor who played Gus Fring on the hit show Breaking Bad, will star in Far Cry 6, according to a leak from the PlayStation store.

Far Cry 6 Leaked Ahead of Debut

Ubisoft’s Far Cry 6 has been leaked online complete with a web store page from Hong Kong PlayStation. An English version of the web page was also posted soon after, but nothing has been confirmed at this time. According to the image, fans will be playing as Dani Rojas, a “guerrilla fighter” set to liberate the tropical paradise of Yara from the ruthless dictator Anton Castillo and his son Diego. Players will be fighting against Anton’s troops on “the largest Far Cry playground to date.”

From its description, the game alludes to an-army building/recruitment premise, similar to Assassin’s Creed Brotherhood.

It’s unclear who Giancarlo will play as. However, we can bet he’ll encompass the role of the Dictator of Yara Anton Castillo, given the actor’s on-screen history. Nonetheless, adding Giancarlo’s talent to the universe of Far Cry is an exciting crossover to think about. The web page also reveals information regarding the PS5 version of the game. Players who purchase the PS4 copy will receive a free upgrade to its PlayStation 5 version. The game has been reported to release on February 18, 2021. A 2-player multiplayer mode and preorder bonuses were also mentioned. We can expect to hear more about Far Cry 6 during the Ubisoft Forward event this weekend. Assassin’s Creed Valhalla and Watch Dogs: Legion are also expected to make an appearance.

In a swift video response, Ubisoft confirmed Giancarlo’s involvement in the project:

Anton would not be pleased. See you on Sunday at #UbiForward. pic.twitter.com/SCNvo0qB1R

Stay tuned to LordsofGaming.net for coverage.

The Lord’s Word: I haven’t dabbled much into the Far Cry series, but the addition of Giancarlo has gained my full attention. Giancarlo was fantastic in Breaking Bad as the villain Gus Fring. His brief appearance in The Mandalorian, also as a villain, was memorable as well. With this in mind, fans will be looking for what the series is known for – a compelling villain. It won’t be long until we find out more details.