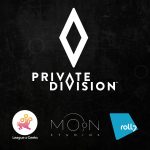 Private Division is a publishing branch that is owned and operated by Take-Two Interactive. You most likely know them as the publisher of Obsidians space RPG The Outer Worlds. One of the most important aspects of being a publisher instead of a developer. Is always having your ear to the ground in regards to who are the up and coming creators that could benefit from these publishing deals. It looks like Private Division is looking to diversify its portfolio in a big way with three brand new deals.

Today, in a blog post from Private Division they announced that they have procured three brand new publishing deals. The three studios they have teamed up with are Moon Studios, League of Geeks, and Roll 7. Private Divisions, executive Vice President Michael Worosz had this to say about the new partnership.

“Our partnerships with Moon Studios, League of Geeks, and Roll7 continue to enhance Private Division’s roster with more of the game industry’s best creative talent from around the world. We are thrilled to work alongside these experienced developers to provide them with the support needed to propel their creative visions to the next level.”

There is no doubt that these developers offer a  wide variety of different games and styles to the Private Division portfolio. Roll 7 is most known for its dynamic skateboarding series Olliolli and 2d shooter Not A Hero. While League of Geeks were the creative minds behind fantasy game Armello. While perhaps the most surprising partner is Moon Studios. They are the developers of Ori and The Blind Forest and Ori and The Will of The Wisps. After a close relationship with Xbox, it appears that Moon Studios will be looking to spread its wings outside of the Xbox ecosystem. Less than a few hours after announcing this announcement. Moon Studios officially announced that they would be working with Private Division in order to bring their new action RPG.

We're happy to announce that @PrivateDivision will publish the next game @moongamestudios is making: An Action RPG that we hope will set new standards! pic.twitter.com/yDJZ5R0aqe

As we head into next-generation many publishers are looking to lock in more developers. Private Division focusing on the smaller often forgotten titles, is an interesting approach. It will be interesting what will come from these partnerships in the coming years.