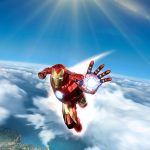 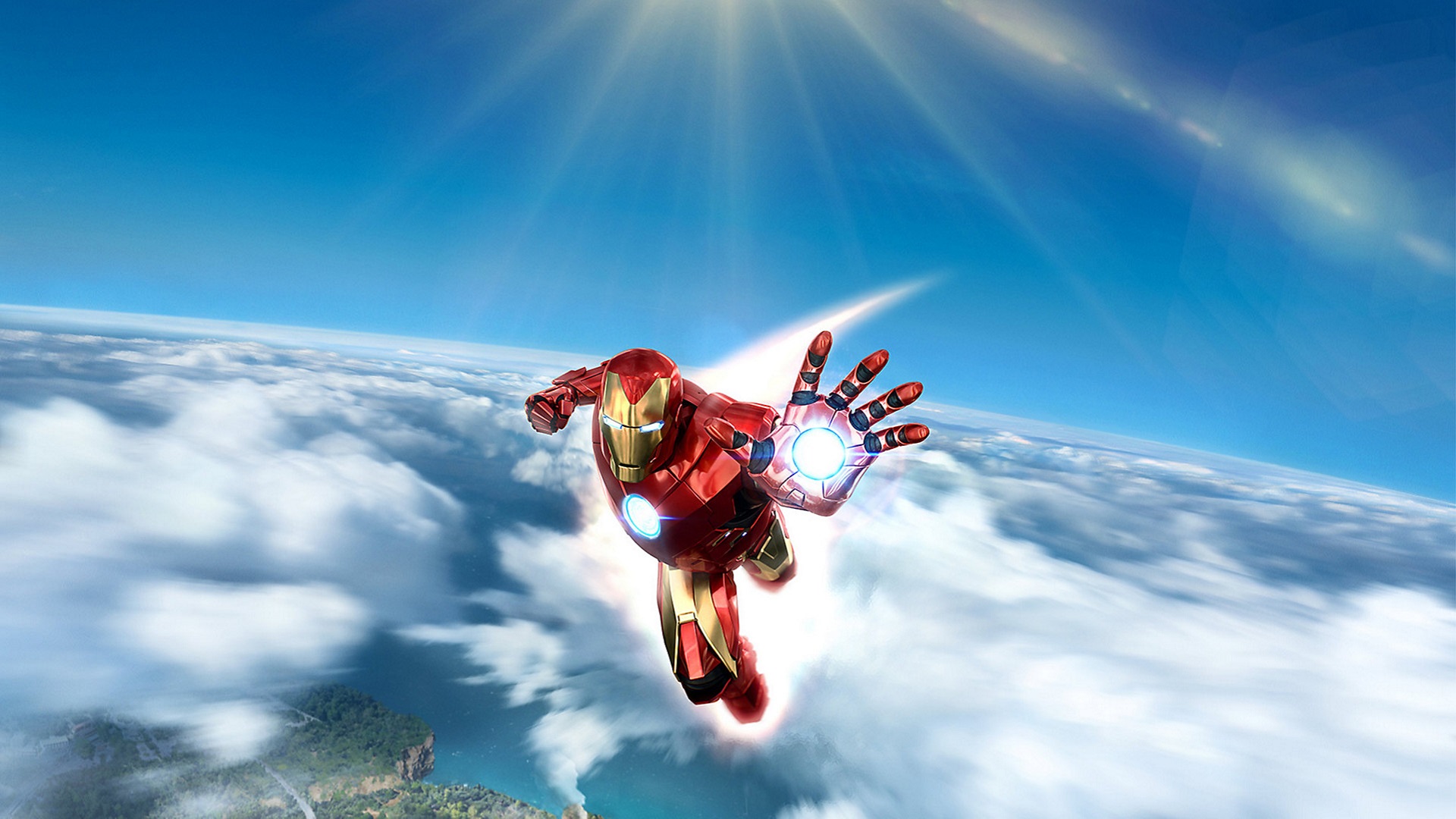 Marvel and video games have been in a 38-year marriage. While it’s had its ups and downs, comic book stories and video games go together like peanut butter and jelly. As VR finds its place among enthusiasts and households everywhere, Marvel is here again, to say hey, “let’s have some fun with this.” Marvel’s Iron Man is now flying on PSVR. 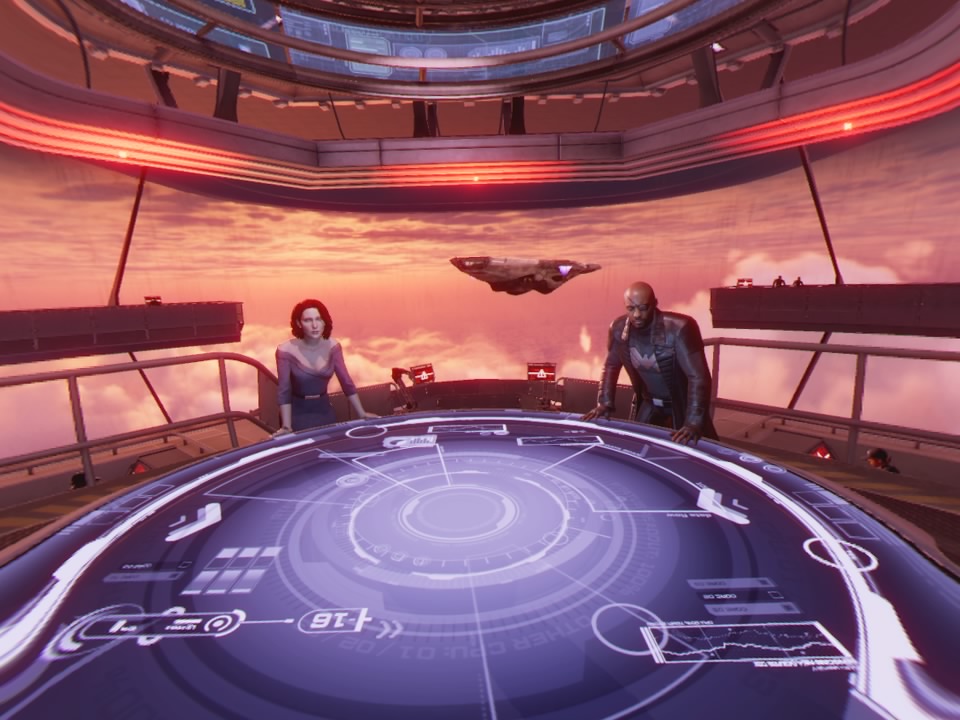 Marvel’s Iron Man VR was developed by Camouflaj. A team based out of Seattle with a history in Halo and Metal Gear. In addition, the game is published by Sony. That alone sets certain expectations. I am glad that Sony set the price at $40 and published a demo on the PlayStation Store, this re-aligned expectations. However, what the game is can not be brushed off as another VR “tech demo.” Iron Man has an eight to ten-hour campaign, with a fully fleshed out story and voice acted cut scenes. The game takes up 33 GB of storage and requires Move controllers. 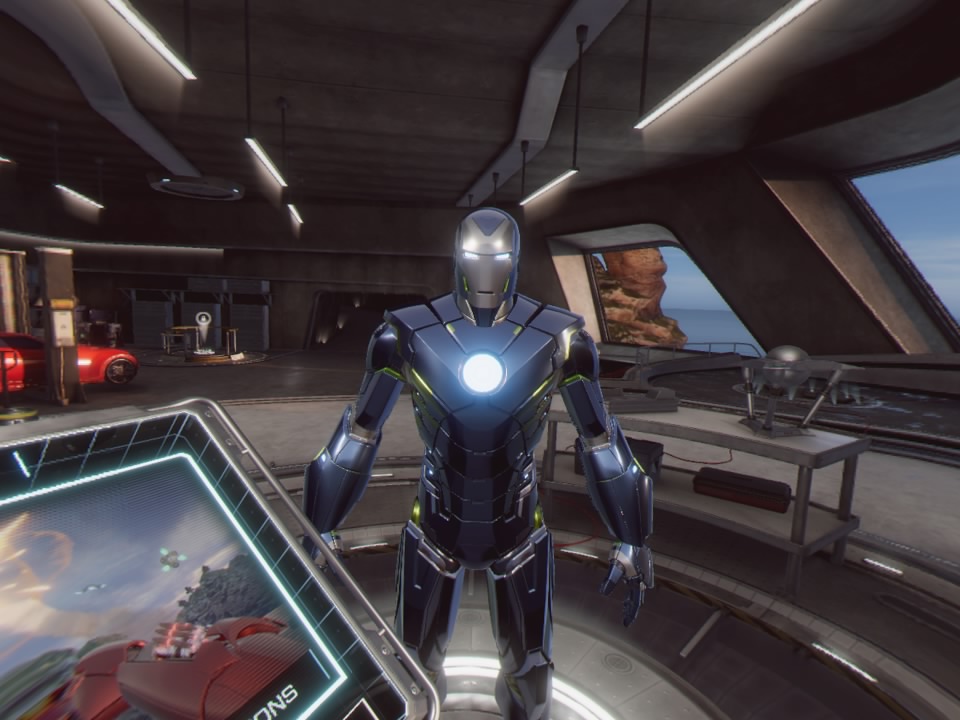 To control Iron Man you use the triggers to accelerate, the top face buttons to turn, circle to punch and the Move button to shoot. Camouflaj has worked out an amazing flight control mechanic that feels truly unbelievable. If you own a PSVR headset, you must experience this. The thrusters shoot out of your palm hands propelling you in the direction inverse to where you aim. This gives you a sense of propulsion that is just remarkable.

The main campaign itself has 12 chapters where you take on three different bosses and a small handful of other enemy types. Of these other enemies are very similar looking drones that come down after a few blasts. Each of the 12 chapters has its own challenge mode, and each area has a challenge “side quest.” Side quests are mostly just time challenges. Playing through the game is easy once you get the hang of it. However, getting a perfect store is much harder.

High scores unlock rewards that can be used to obtain new suits and unlocks. There is a pretty robust set of equipment and suits to unlock. through, to earn all of it could take more than one playthrough. If you are aiming to Platinum the game, unlocking every upgrade and getting all the perfect scores could double your playtime. Unfortunately, during the 12 chapters, you may only cover four to five unique areas. Many of the chapters replay areas you have already beaten. Each area is a very small open level where the story takes you back and forth. This brings down the game’s replayability significantly, which may turn you off from going for that Platinum. 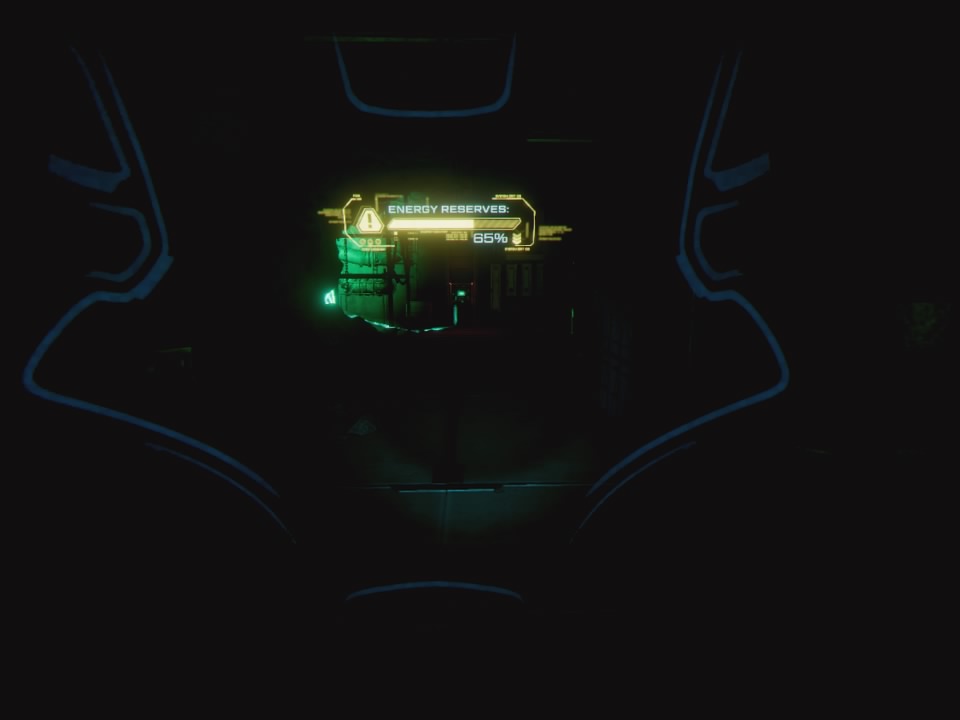 The lack of locations really sets a monotonous theme for the story of the game. The story is an area where Marvel’s Iron Man falls flat. In the near 60 year history of Iron Man, Camouflaj and Sony have managed to come up with only two Villains from the history of the books. The story does have some high points but, the main villain Ghost spends close to six straight hours explaining why they don’t like Tony Stark over and over again. By the time you hit the end of the game, it just feels like pure torture. The Living Laser is a classic Iron Man Villian that joins Ghost but, his delivery and motivations are identical. 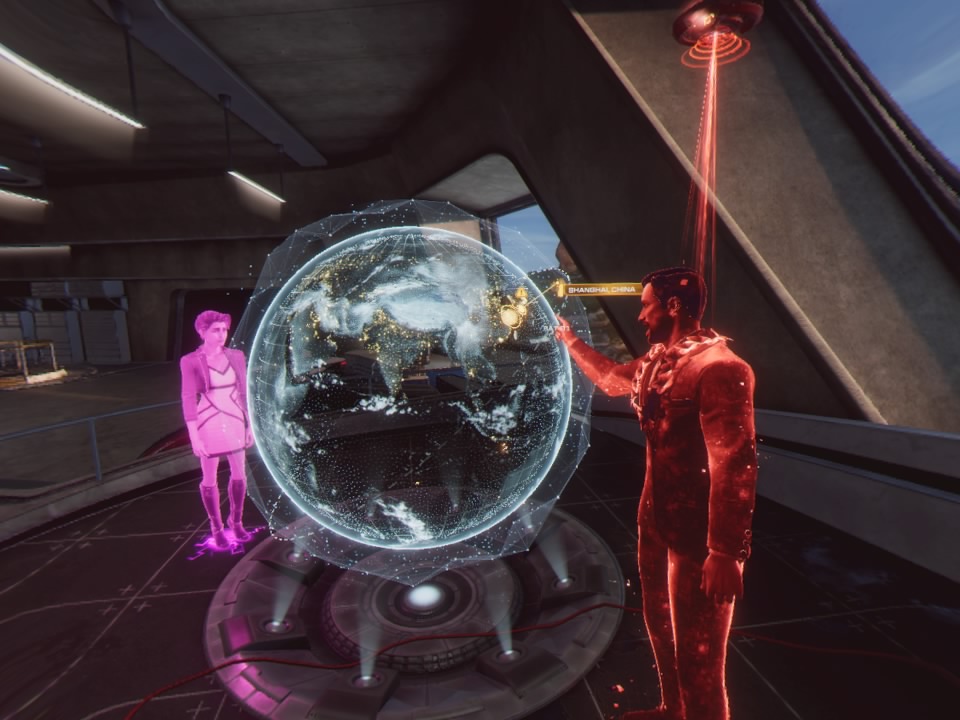 All that said the voice acting does a lot to preserve the story. Josh Keaton does a great job conveying the classic comic book Iron Man. Chantelle Barry does a fantastic job as the lead villain Ghost. Leila Birch as Friday is music to my ears. Hearing her voice brings a sense of relief to the player as it probably means a story transition. The voice acting and motion capture work is on par with many of the AAA games Sony has published on the PS4. The score is as well. Sony has pulled out all of the stops here by including a full orchestral score with new music made just for the game. Iron Man gets a theme that blasts with symbols and horns. All of the environments in the game are scored to perfection. 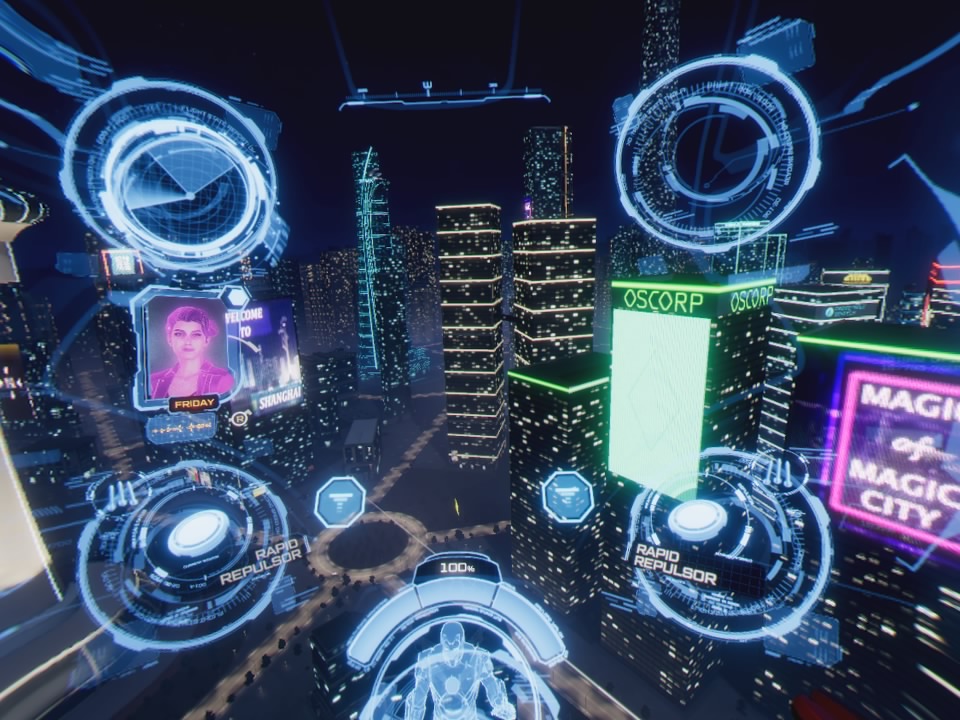 If you are familiar with PSVR you can gauge your expectations on the visuals. Marvel’s Iron Man doesn’t look as good as Blood and Truth or Resident Evil 7 but it plays in significantly larger maps. The area around Tony’s house is well done and, the S.H.I.E.L.D Helicarrier looks amazing to fly in and around. Then there is the level in China where ground-level details of the map remind me of PS2 era Spider-Man games. Without a doubt, some of the more linear areas look great and the open skies are phenomenal but, everything in between falls short. 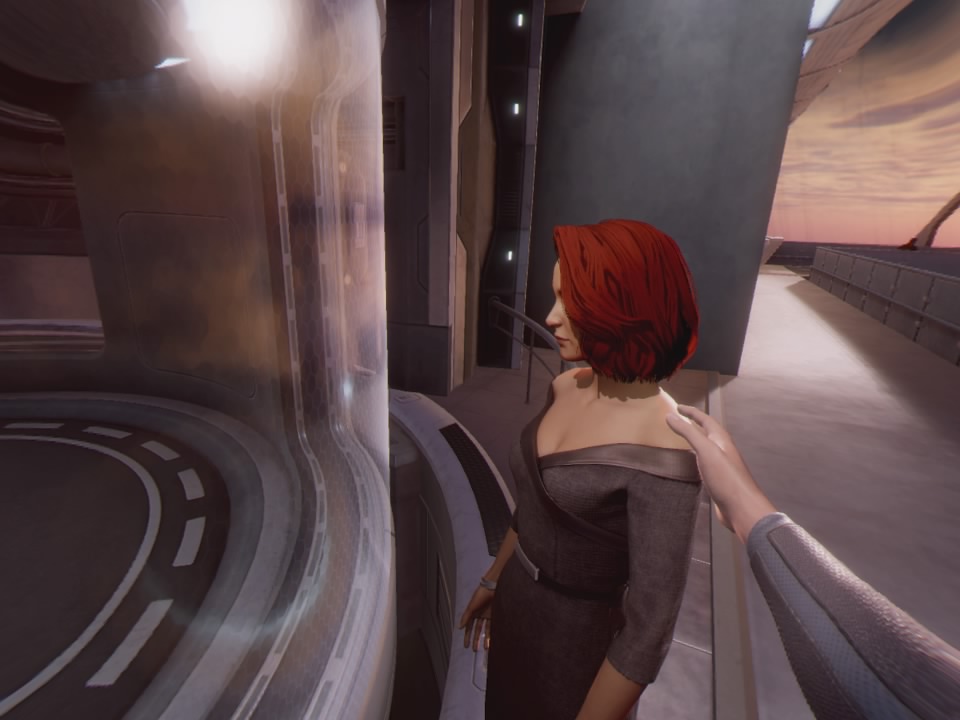 Marvel’s Iron Man VR is a must-play title for anyone with a PSVR headset. Although, you may not have to rush out to the store right now to buy it. Nonetheless, it should find its way into your collection when you want to take the time to explore the Marvel universe. The gameplay is fun, smooth, and immersive. Without a doubt the story is underwhelming but, there are other little things that bring it all together as a quality PSVR experience. There is always the demo on the PlayStation Store.

7.3
Do not run out and buy PSVR for Iron Man alone