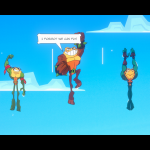 You are reading
Battletoads – A Leap Ahead Of Expectations

Battletoads is a classic franchise from the early ’90s and has been highly revered by retro players and collectors. Often considered to be one of the most challenging games of the era. It has been a long time since we have heard from the Battletoads, aside a guest appearance in Killer Instinct, and Battletoads being included in Rare Replay. When it was revealed that Dlala Studio would be taking the helm on a new Battletoads game for Xbox One, I have to admit I was hesitant. It is very hard to capture the soul of a game that has been so long forgotten. I was curious to see if they could effectively call back to bygone days while also making it feel modern and fit the standards of what we expect from games today.

Punch, Kick And a Slap 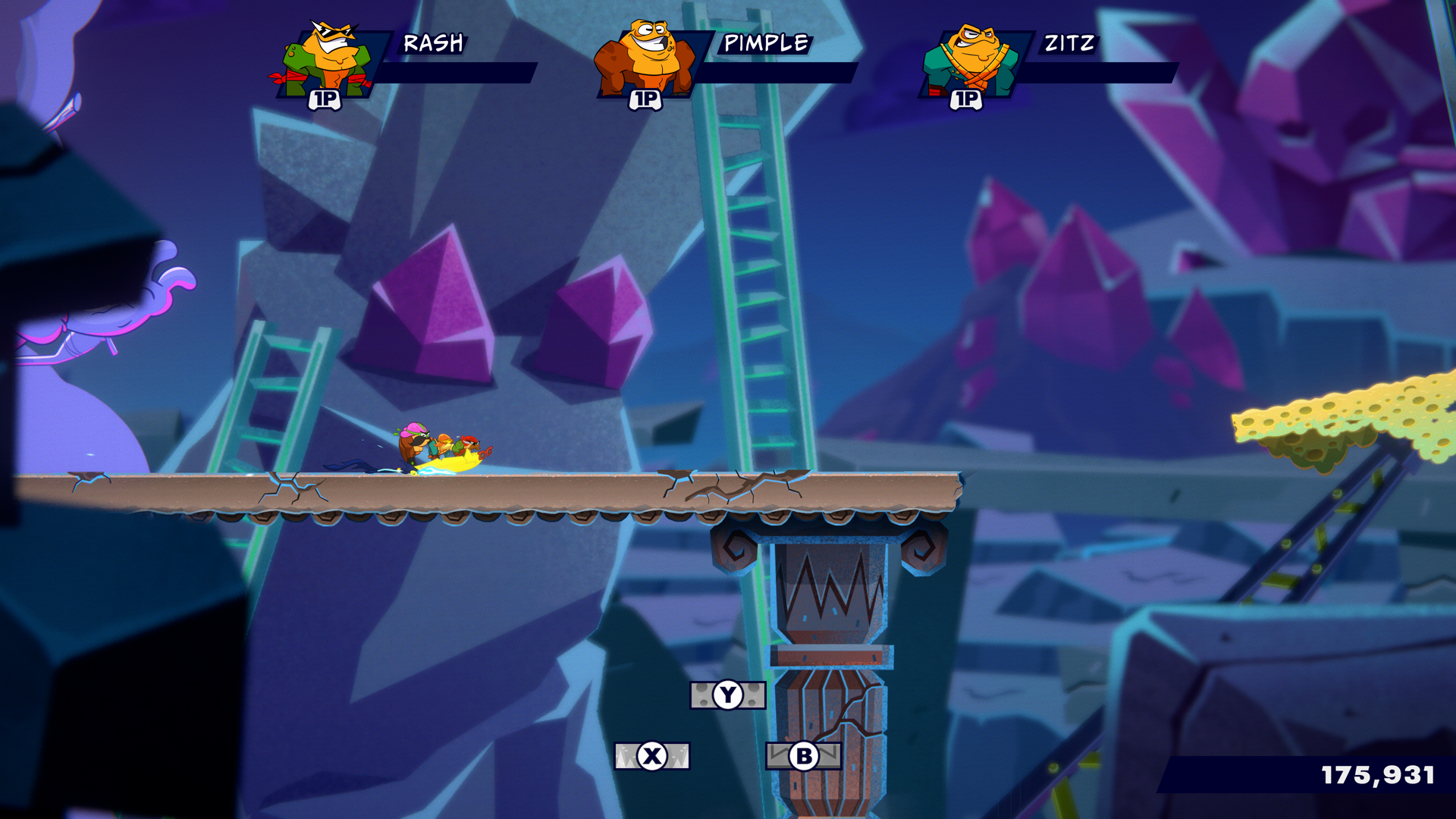 The most important aspect in an arcade-style beat ’em up, is, of course, the smoothness of the gameplay and controls. I did not think I would find a better controlling side scroller after the extremely tight Streets of Rage 4. However, I was pleased to be proven wrong. Popping off combos and using power moves was seamless and satisfying. THowever, Battletoads doesn’t merely execute the best of the beat ’em up genre.  Battletoads seamlessly transitions between sidescrolling beat’em up, trike racing, top-down space battles, and more.  Very often when games transition between different genres, the quality wildly varies due to the different challenges each genre poses. The variety of genres mixed within Battletoads was extraordinarily well executed. The audaciousness of the execution keeps you on your toes and keeps the experience fresh.

One of the great gameplay mechanics is the ability to switch between Toads while playing solo. Often beat ’em up games that have co-op modes feel more balanced to playing with friends than in a solo experience. However, with the ability to cycle through the Toads gives a great balance to the gameplay. If you are playing on your own, and one of the Toads goes down, you can swing into action as one of the other two. Meanwhile, the Toad that perished has a respawn timer until you can use him again. By giving each Toad a different ability and fighting style, I quickly found switching between them during different encounters. The Toad rotation becomes even more essential on the higher difficulties. 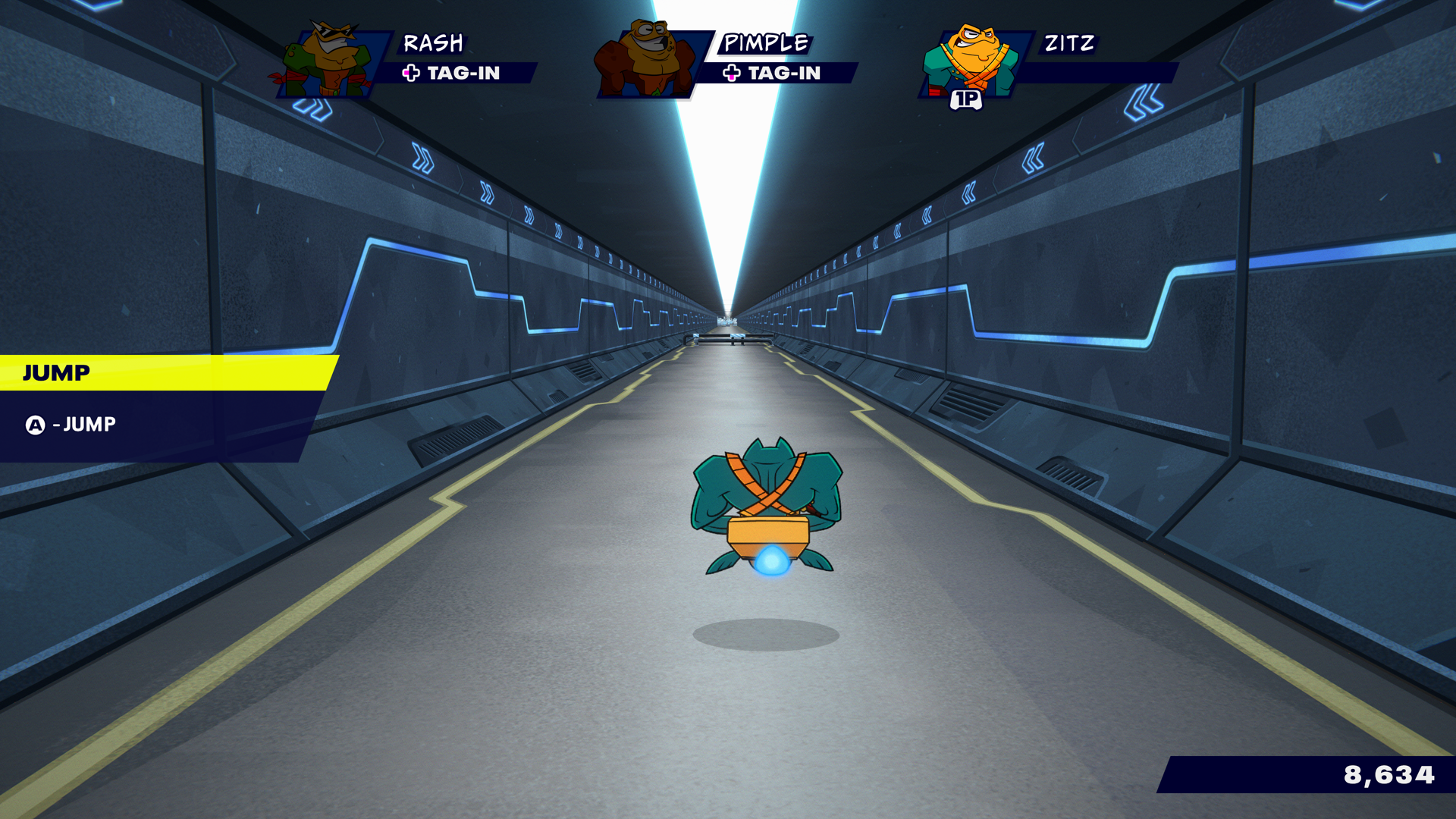 Battletoads was always a little on the raunchy side in terms of humor. The 2020 vision for the game feels like an Adult Swim show with playable scenes. To some, this might sound like an insult, but Battletoads captures everything I enjoy about raunchy humor. At some points, it’s so tasteless that you simply laugh to yourself, and say “I can’t believe they said that”. One of the best running gags of the game is the 4th wall breaks. The Toads constantly refer to how washed up they are since its been 26 years since their last appearance.

Part of Battletoads charm is its dedication to delivering a late 90’s cartoon show vibe. Comparable to the likes of Ren and Stimpy. As a fan of shows like the Simpsons, and South Park, the humor just delivers on the overall vision of the game. Your mileage will vary though, where I found charm, others will find severe corniness. With everything being so serious, because of the state of the world, having a silly excuse to laugh was appreciated.

The Art Of Saturday Morning

While previously I stated that Battletoads gave me an Adult Swim vibe with its humor. This continues over to the art style of the game. The art direction and overall story arc can sometimes be at odds with each other. However, the design of Battletoads harkens back in spirit to what the ’90s were all about.  While also bringing a modern cartoon flair to the game. While purists of the original Battletoads may not like the overall design, I think the new look of the Toads, as well as each level, feels very deliberate in its craft The humor, mixed with the general style of the game, create a focused vision.

The soundtrack is also worth noting, with a variety of styles of music to match the genre-hopping gameplay. It has some absolutely grindy metal tracks that harken back to the days of Doom 1993. As well as some fantastic electronic focused background tracks. While during some levels the music fades into the background and is forgettable. Some of the later levels had some absolutely great mood-setting tracks.

Battletoads was always applauded, or lambasted, for its difficulty. The original Battletoads was extremely hard, even by retro standards. This remains the same with the 2020 game; however, a variety of difficulty modes have made this game very approachable. With three difficulty modes called Tadpole, Toad, and Battletoad the player has a choice. Whether you are new to arcade titles, or a seasoned veteran, the difficulty modifiers provide challenging and enjoyable experiences. This was something we saw embraced with Streets of Rage 4 as well, easing the difficulty to make the entry point smoother for players. By allowing modifiers, more people can enjoy the game. With invincibility, enemy attack tells, and more no matter what your skill level is, you can experience Battletoads front to back. 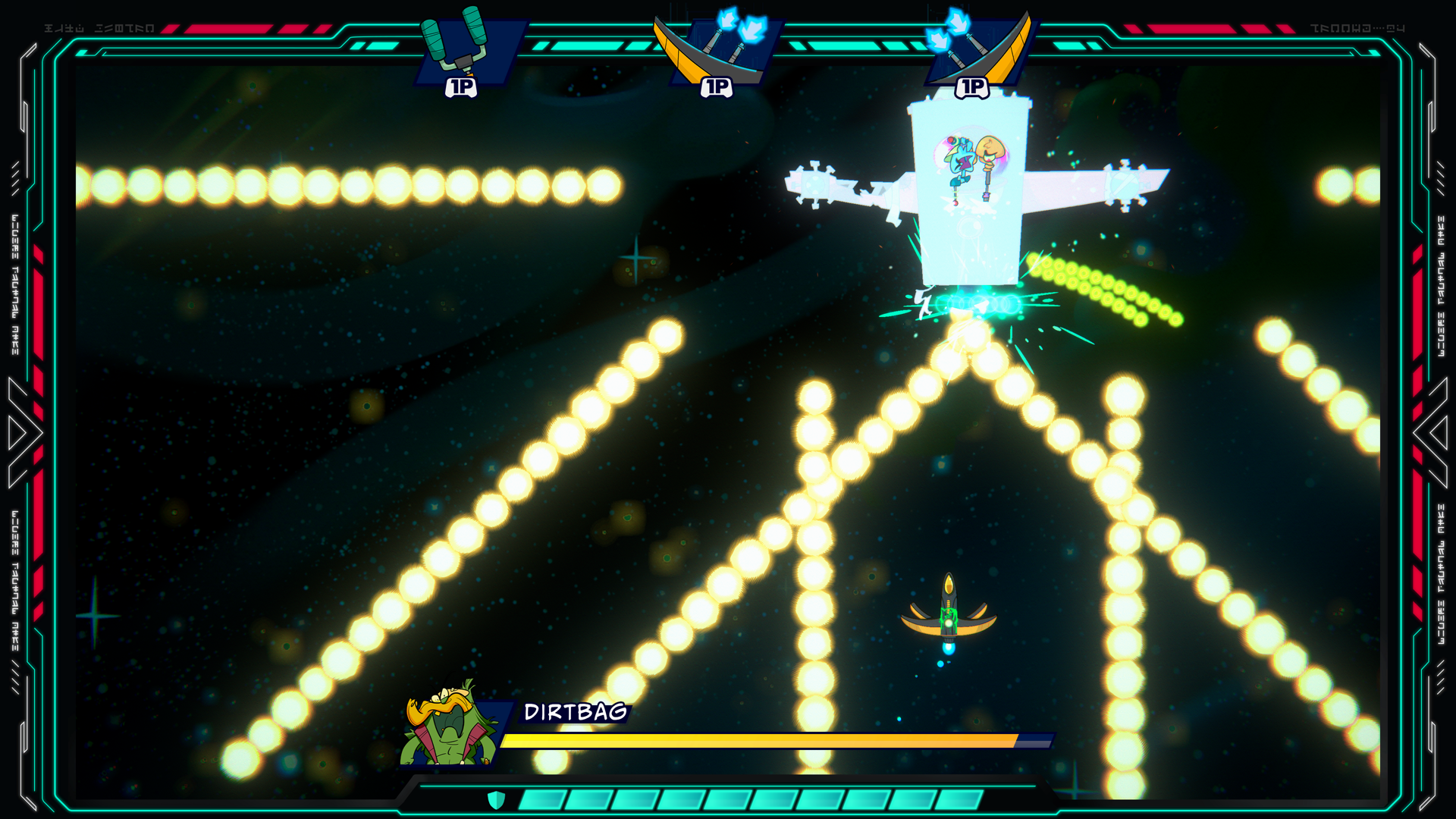 One of my biggest complaints with Battletoads is the lack of online multiplayer. While the game supports up to 3 person couch co-op, the lack of online multiplayer is very disappointing. With many people still stuck in various levels of lockdown due to COVID-19, it’s hard to get a full squad to team up with at home. While it is understandable that budget constraints are a real thing, and resources have to planned to deliver a great game experience. It’s just a shame that online multiplayer didn’t make the cut. I hope that Dlala will look into it post-launch.

Battletoads is a love letter to the beat em up games of the past while also feeling modern in its approach. It is without a doubt the most accessible Battletoads games in the franchise’s history. Dlala Studios did a fantastic job bringing Rash, Zitz, and Pimple to a modern audience, and I hope we get to see the Toads in action again in the future.

Thanks to Dlala Games for providing a code for review purposes.