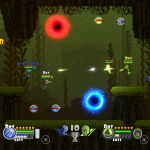 Swimsanity is a co-op and versus focused multiplayer title from Decoy Games. Players work as a team to play through adventure and survival mode or kill each other in a variety of PVP modes. Swimsanity is available on PlayStation 4, Xbox One, PC, and Nintendo Switch. The game features cross-play support, so no matter what platform you or your friends are playing on.

Straight To The Point Gameplay

Swimsanity follows a pretty common arena combat gameplay loop that should feel very familiar. A basic ranged attack, does moderate damage throughout the maps that you battle on, there are a variety of powerups. Damage boosting powerups include rapid-fire, bombs, trip mines, and more. while the defensive ones are health pickups, shields, and speed boosts. The shooting and powerups complement each other well, as the game focuses on speed and chaos. Powerups refresh frequently, and battling my family in 4 player couch co-op was a blast. The addition of ultimate abilities added an interesting dynamic with some abilities based around quickly dispatching opponents while others helped teammates. 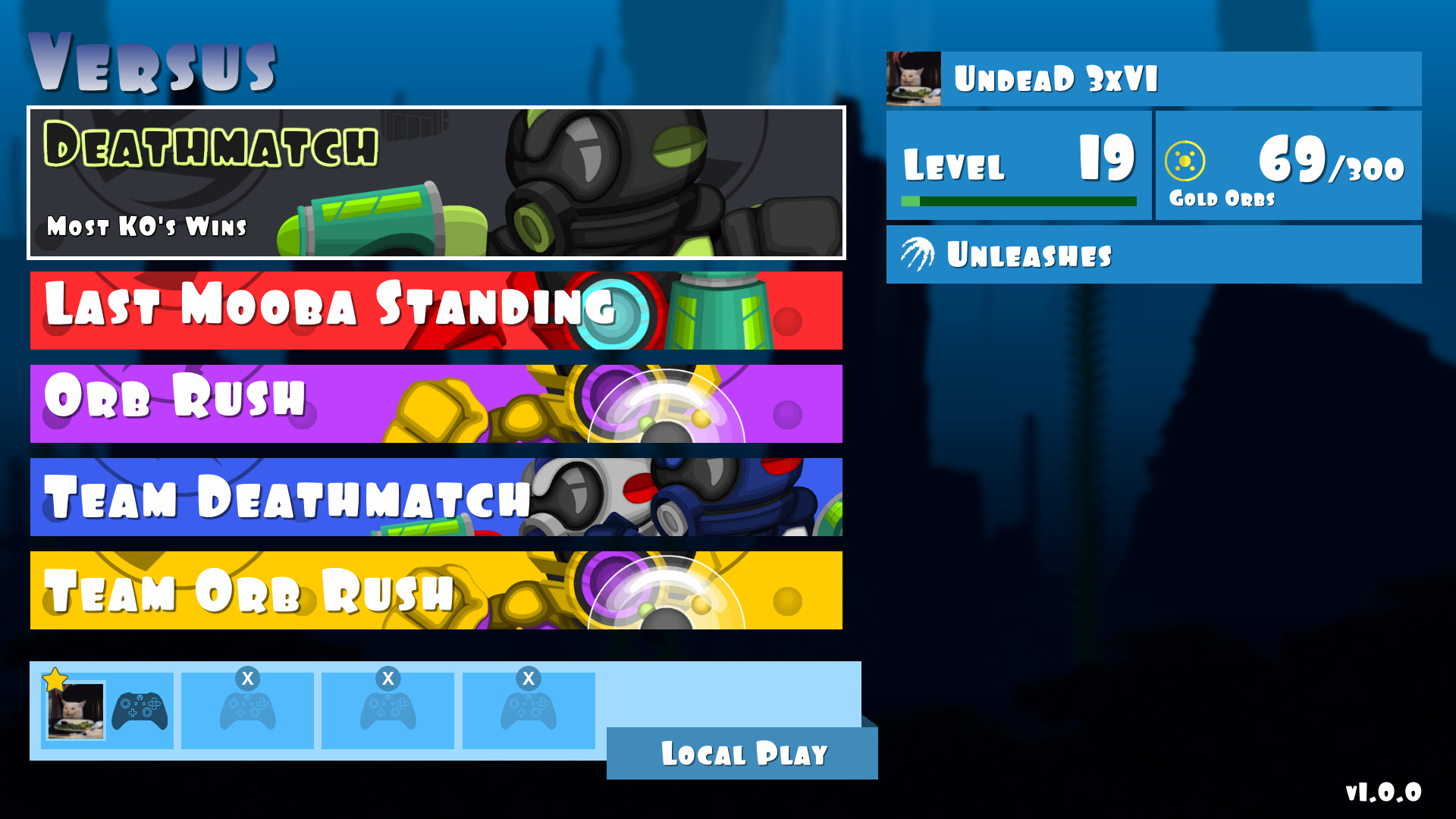 The mixture of modes was great, with a wave survival mode that was simple and to the point. As well as an adventure mode that was a blast to play with my kids. While the modes were varied, unfortunately, the gameplay becomes very repetitive quickly. After a few matches across these modes, I felt like I had experienced everything the game had to offer. While the variety of modes was ultimately appreciated, they all kind of blended together especially the versus modes. With most of them just being twists on classic game modes such as team deathmatch, last man standing, and orb rush (which essentially was capture the flag.).

The overall art direction of the game was charming. Swimsanity’s use of bright colors to differentiate the player teams and characters you played was great. The design of some of the boss enemies in Adventure mode was brilliant. The game has a certain style to it, that is hard to explain. It draws on that childlike wonder of how a kid would design its avatars in a game. One thing I want to commend Swimsanity on was the overall performance of the game. It ran smooth front to back, no matter how hectic the battles got or how many power-ups got used at once. The game never hiccupped or faltered. There feels like a new “multiplayer-focused” Indie title every other day on Steam, Xbox, and PlayStation. Many of them feel half-baked or don’t hold up to any form of performance standard. Swimsanity is a fully complete and well-functioning game front to back. 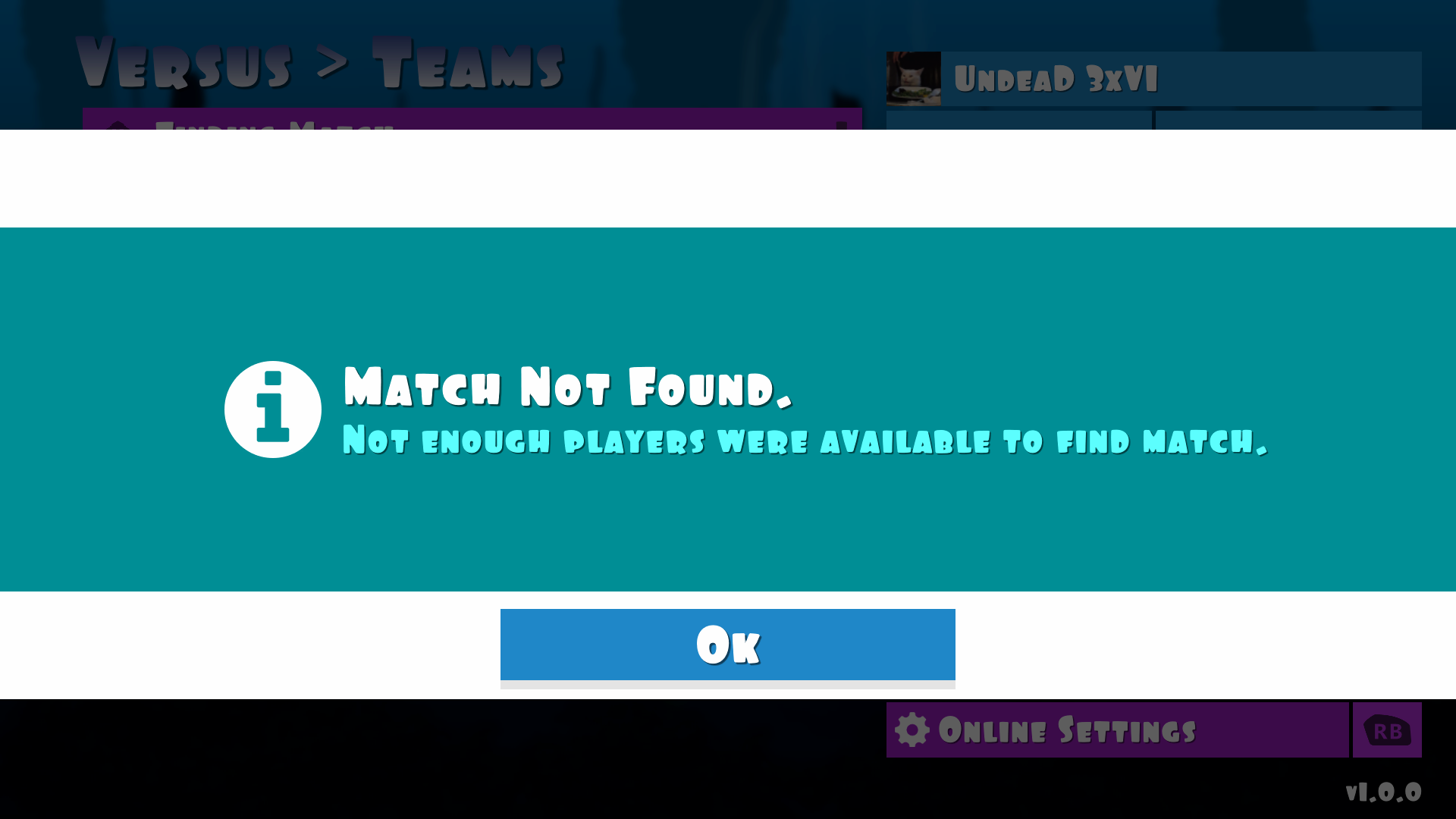 The game focuses heavily on multiplayer and co-op action. While it is worth noting that you can play most of the modes with the addition of bots. It is exponentially much more fun when you play it with others, however. My biggest complaint with this game, even though it just released is that there is no community behind the game. Sadly, after spending almost two hours of trying to find a match online I only got one online versus match in my entire time with this title. If you don’t have any friends that own this game or have friends willing to purchase it. I would not recommend purchasing it. With the inability to find players, as well as bots not being available in the adventure mode. The game without friends is a dud.

The risk with a multiplayer-focused title is always whether or not the game can find an audience or not. We have seen this pay off in big ways recently with games like Fall Guys. However, it is also very easy for games to miss the mark with audiences. Games like Lawbreakers and Drawn To Death immediately come to mind. When Indie developers take a risk of releasing a multiplayer game with very little marketing, the game relies heavily on word of mouth. Unfortunately, it just doesn’t look like this is going to happen with Swimsanity.

While there is a lot to like about Swimsanity at first, the game, unfortunately, becomes stale rather quickly. If you don’t have friends who are also picking up this game to play with you, I cannot recommend this game. However, if you are looking for a fun night or two with a group of friends then checking out Swimsanity might be worth your time. Especially since four-player couch co-op is so rare these days in games.

Thanks to Decoy Games for providing a code for review purposes.