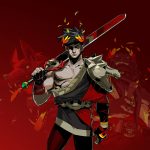 You are reading
Indie World August 2020: Every Game Announced

Nintendo announced a varied lineup of games during their August Indie World livestream. The regular showcase is dedicated to highlighting smaller projects coming to the Switch console.

Nintendo has revealed over 20 games during their August Indie World showcase. Some games are available to play right now. Others were given 2021 release windows. While it’s not the Nintendo Direct fans keep raving for, Indie World showed off some unique titles! Supergiant’s (makers of Bastion, Transistor) Hades began the show. It was followed by fresh-looking games like Raji: An Ancient Epic, Spiritfarer, and more. Sadly, no new information for Team Cherry’s Hollow Knight: Silksong. You can watch the entire video below:

For indie games you can play right now on Switch:

Other indie titles set for a 2021 release:

Which games caught your eye? Personally, I’m adding Spiritfarer, Raji: An Ancient Epic, and Hades to my list. Each title are in the realm of some of my favorite genres. They also seem to be telling interesting stories that I would enjoy on-the-go. While Spiritfarer seems less of the games I like to play, its premise of transporting spirits to the afterlife is super interesting. The story, mixed with the art style, reminds me of Studio Ghibli films as well. The same goes for Takeshi and Hiroshi, a stop-motion RPG. The stop-motion art style isn’t for me, but the story of a teenage game developer trying to impress his younger brother sounds fun! Y’know what? I’ll just add that one to my wish list too. Why not?

If you’re looking to save a few bucks on these games, you’re in luck. Nintendo is also hosting an indie games sale. Titles like Dead Cells and Takeshi and Hiroshi are included. Check out the full list of games here.