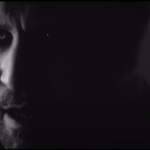 You are reading
Control AWE Expansion Is Coming Later This Month

Control from the Finnish studio turned a lot of heads last year. After securing the nomination for the Game of The Year nod from the Game Awards. Many more people began taking a look at Control. The sci-fi adventure features the classic mind-bending story that fans of Remedy have come to love. Now, in a new expansion coming to the game, a long time icon of Remedy’s past has made an appearance. Control AWE is coming.

In a new announcement during PlayStation’s State of Play Stream today. We learned that Control’s second expansion is simply titled AWE. No, it doesn’t stand for the “Alan Wake Experiment”. AWE stands for Altered World Events. In a tease of a world that looks even more twisted before. The trailer heavily teases a crossover between Alan Wake and Control’s lead character Jesse Faden. This second expansion will be available on August 27th, 2020. It will be available on Xbox One, PlayStation 4, and the Epic Games Store.

Will you be checking out Control’s AWE expansion? Let us know in the comments and don’t forget to check back for the latest gaming news and information. You can check out these other announcements from PlayStation’s State of Play Today.

Hitman 3 Is Coming To PSVR