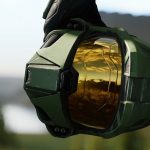 You are reading
Halo Infinite Delayed Until 2021

Halo Infinite was supposed to be the first in the series to launch with a console since the original Halo. That will no longer be the case now that  Halo Infinite is delayed.

In a statement on the Halo twitter account, studio head Chris Lee announced the decision to shift the release date back to an unspecified time in 2021. 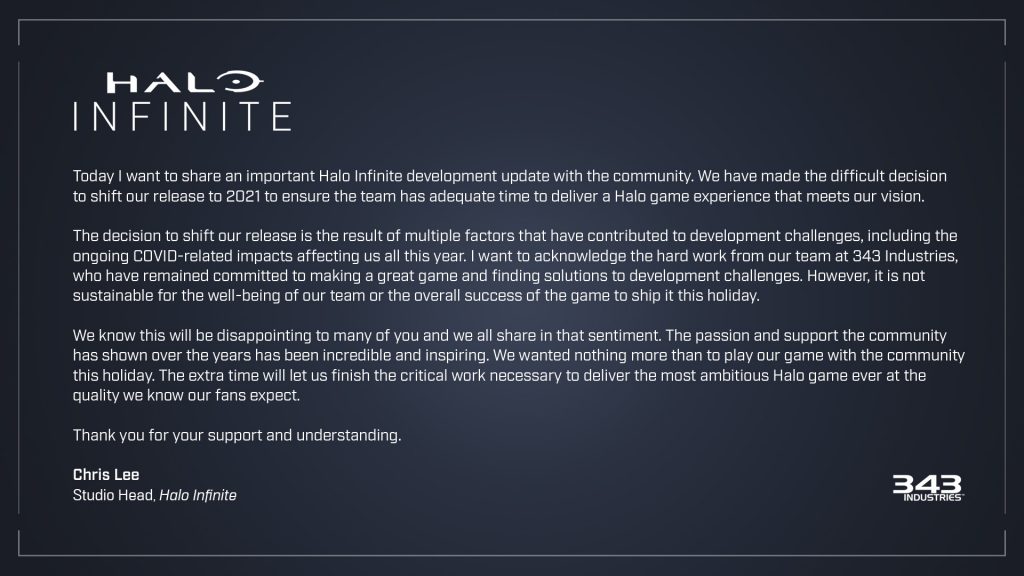 This comes on the heels of what many had deemed a disappointing showing during the Xbox Games Showcase just weeks ago. Additionally, it is unclear how this will affect the announcement that the multiplayer would be free-to-play.  The Halo Infinite delay also leaves a large gap in the launch line up of the Xbox Series X. However, what games will benefit have yet to be revealed. Meanwhile, Xbox Game Pass will have to carry the flag for first party games into the next generation. For all the latest on the next generation of consoles, keep it locked to Lords of Gaming.