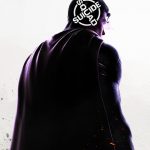 You are reading
Suicide Squad vs The Justice League

It’s Suicide Squad vs the Justice League. this may not be the official title, but it is what Rocksteady Games is teasing for a big reveal at next week’s FanDome event. On August 22nd, the big reveal will occur, but it’s a long few days to get there. So let’s take a look at just what it may entail sending the DCU’s Worst of the Worst against the Best of the Best.

Rocksteady Games has the honor of making perhaps the most finely crafted licensed video games of all time. In Batman: Arkham Asylum, they took the best parts of Metroidvania and Splinter Cell and crafted a masterpiece. Their two follow-ups Arkham City and Arkham Knight fine-tuned the formula. The team was not content with staying in their lane. So for the last 5 years, Rocksteady has been working on a whole new realm of the comics and now we will see the villains’ side, which means taking down the heroes one-by-one.

The Justice League has classically been comprised of seven members.  Batman, Superman, Wonder Woman, the Flash, Green Lantern, and Aquaman each have an iconic associated location which would be perfect for the Suicide Squad to infiltrate. Now you might have noticed that only six names are present. Traditionally, that seventh member has been Martian Manhunter, but since 2011’s New 52 reboot, his place in the JLA pantheon has been replaced by Cyborg. Either way, we have the perfect location with which to take them down.

Cyborg (or Martian Manhunter) in The JLA Watchtower 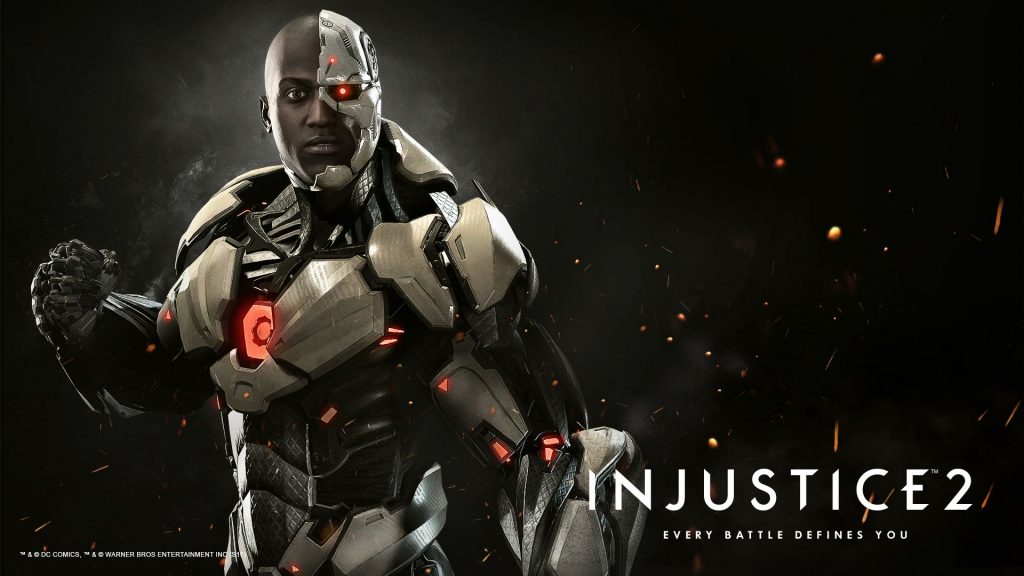 We kick off with the infiltration of the JLA Watchtower. I imagine this would be the first boss the players would handle since, to be honest, neither of these characters have the cultural cache of the other six. However, it would be a fight through the Watchtower with Cyborg manipulating the cybernetic defense systems against the infiltrating Squad. Alternatively, a Martian Manhunter fight in several stages as he uses his shapeshifting abilities to attack in different ways. This level would have plenty of opportunities for cameos of other members of the League teleport on board to stop you from reaching your eventual goal: The Monitor Room. Screens in the background blare out about different threats that the League is handling and provides players the opportunity to fast travel to each of the locations and take down the heroes one-by-one. The Watchtower would serve as your hub for taking on the League as well as some light RPG dialogue trees in between missions. Even the bad guys need a break sometimes.

Superman in The Fortress of Solitude 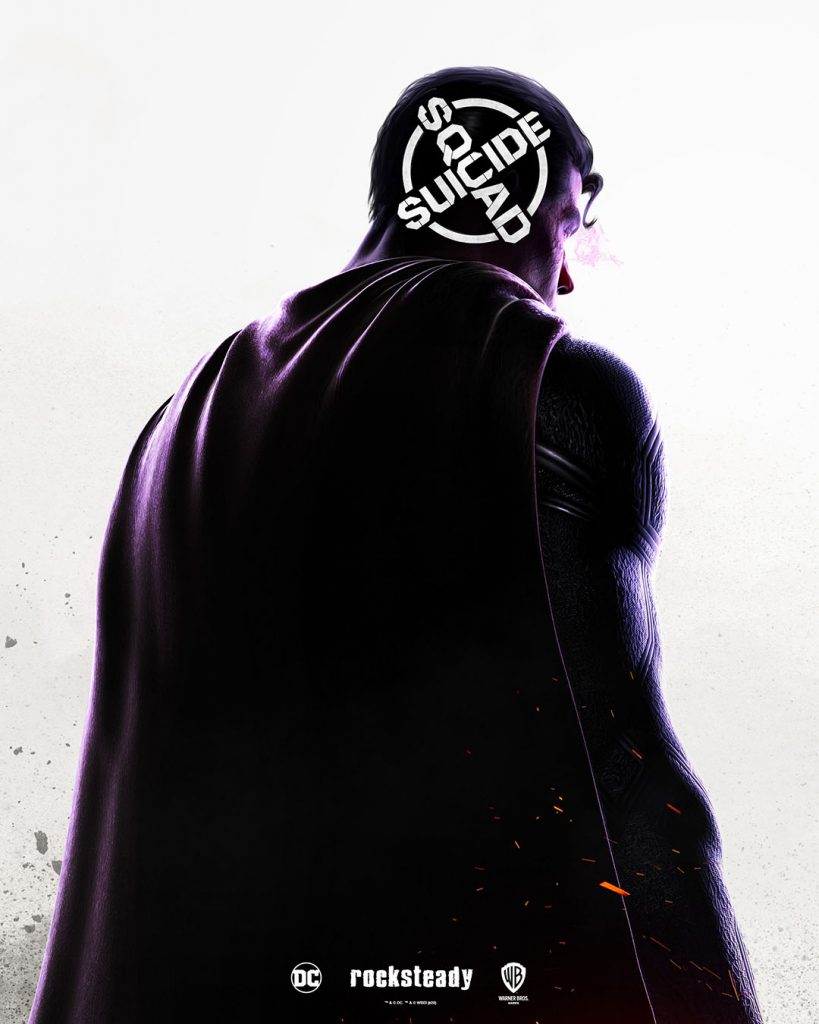 The first teaser image released showed Superman in the crosshairs, so it makes sense to start with him. The Fortress of Solitude provides tons of opportunities for fun set pieces. Whether it’s the towering statues of Superman’s birth parents or the intergalactic zoo, working your way through his icy lair would provide plenty of eye candy. My sense is that this game may be treated as more of a Hitman style game than the Arkham Asylum brawler. In that case, plotting the perfect ambush using the Phantom Zone projector or summoning the head of Jor-El as a distraction would give the player plenty of opportunities to take down the Man of Steel. If mobs are required, Superman has plenty of Kryptonian robots that would fit the bill. 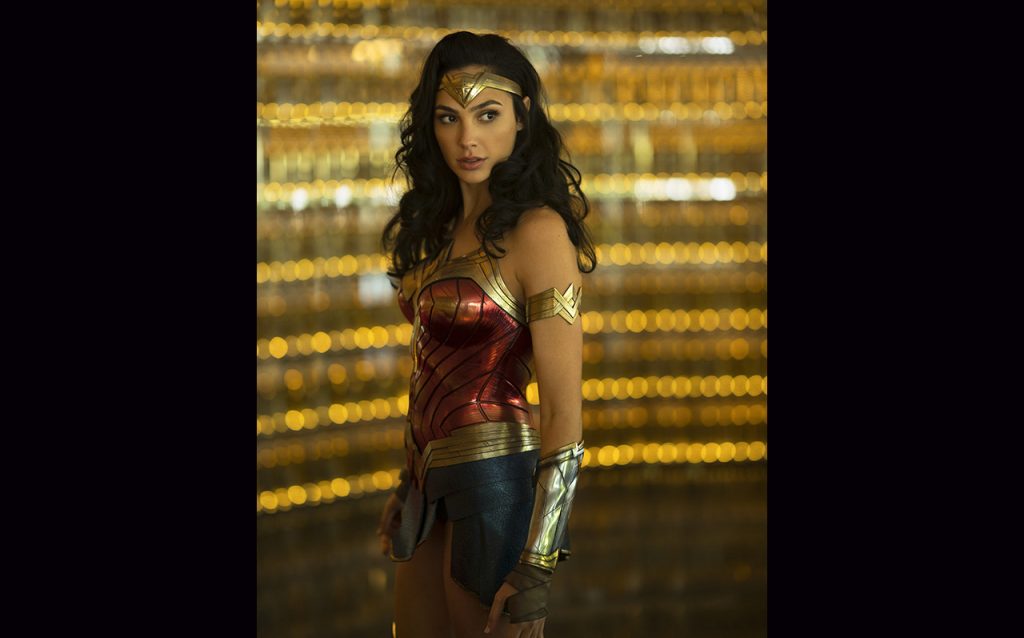 Wonder Woman is DC’s hottest property right now even with the delays to Wonder Woman 1984. Still, the Justice League movie showed us what an intense battle there was to be had in Themyscira. The Amazons don’t take lightly to trespassers on their island paradise. A stealth infiltration that starts at the beach, or better yet as a battle royale style parachute landing, would be a gorgeous venue for exploration. The island even boasts the gates to Tartarus, a hell-like dimension filled with the demons and titans of Greek myth. God of War-style harpy and minotaur enemies? Bring it on. 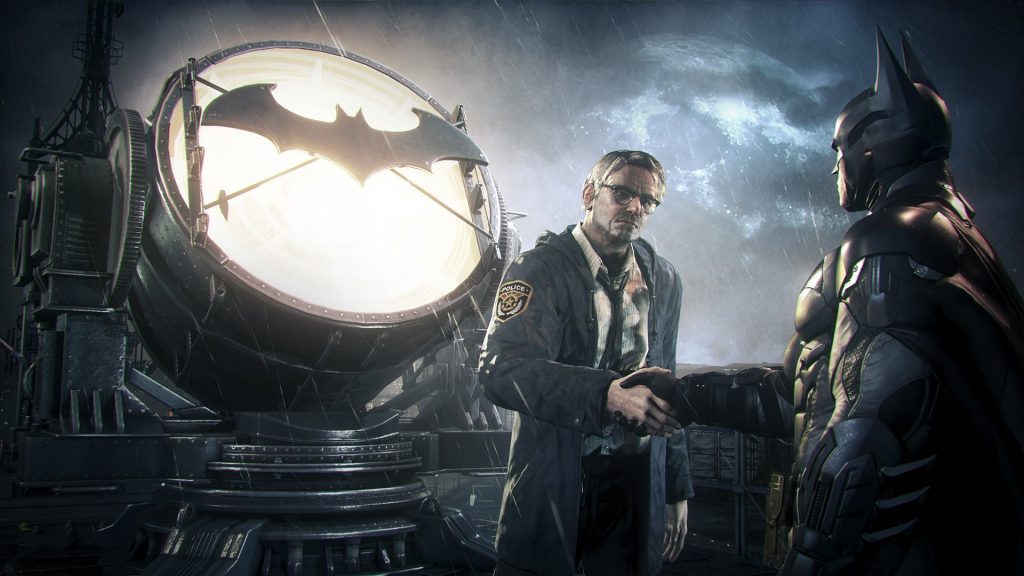 Batman has several iconic locations to choose from. Wayne Manor. Gotham City. The Batcave. None are as iconic as a return to the location that put Rocksteady on the map though. The gothic art style, cramped corridors, and oppressive feel would stand in stark contrast to the other potential locations. Returning to Arkham Asylum would give players the chance for a reunion between Suicide Squad mainstay Harley Quinn and the Joker as well as tons of other villain cameo appearances. Imagine Batman has responded to a riot at the asylum, and the Squad uses this opportunity to take him out after he is already run down from facing off against his greatest foes. Sound familiar? It’s the plot of Knightfall which led to Bane breaking Batman’s back. The Squad may be the worst of the worst, but even they pale in comparison to the Asylum’s denizens.

The Flash in Gorilla City 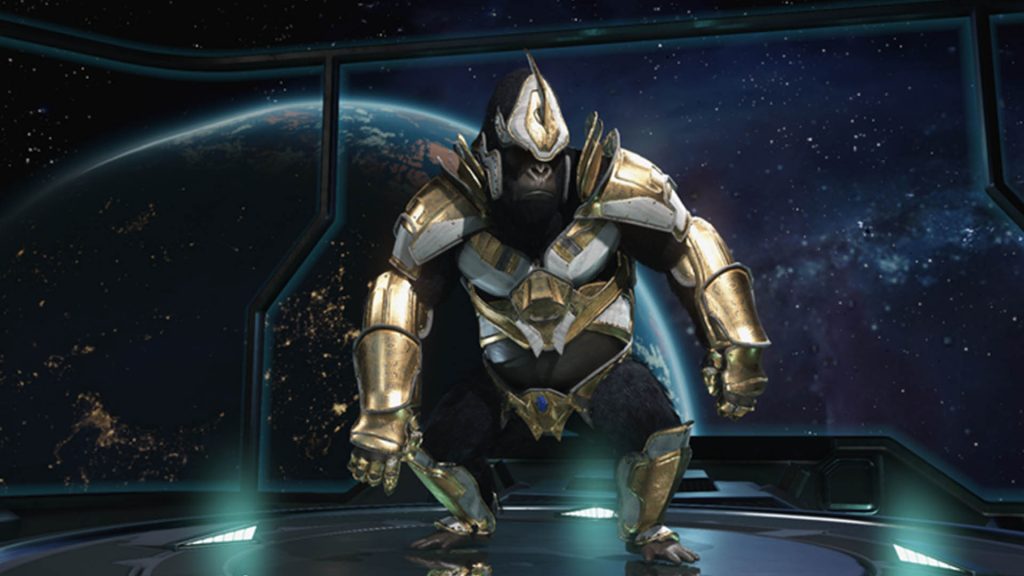 The Flash poses a unique challenge in that he is tied to Keystone and Central City. However, neither city holds particular striking locals for a fight. The location that makes the most sense would be a trippy journey through the Speed Force. Though this would have the Squad at such a disadvantage it would be flat out unfair. That’s not to say that a finale would have the Cosmic Treadmill kicking into overdrive and sending our villains hurtling through the lightning charged speedster heaven wouldn’t be a visual feast. However, infiltrating Gorilla City is a much more unique challenge for our villains. It once again would provide the Squad with mob enemies, superintelligent gorillas, while also being able to introduce a classic Flash rogue: Gorilla Grodd. The difficulty with the Flash is his speed, and the best way to neutralize that is to hit him before he sees you coming. The Flash being on a diplomatic mission in the heart of the jungle would give the Squad plenty of time to set up an ambush. 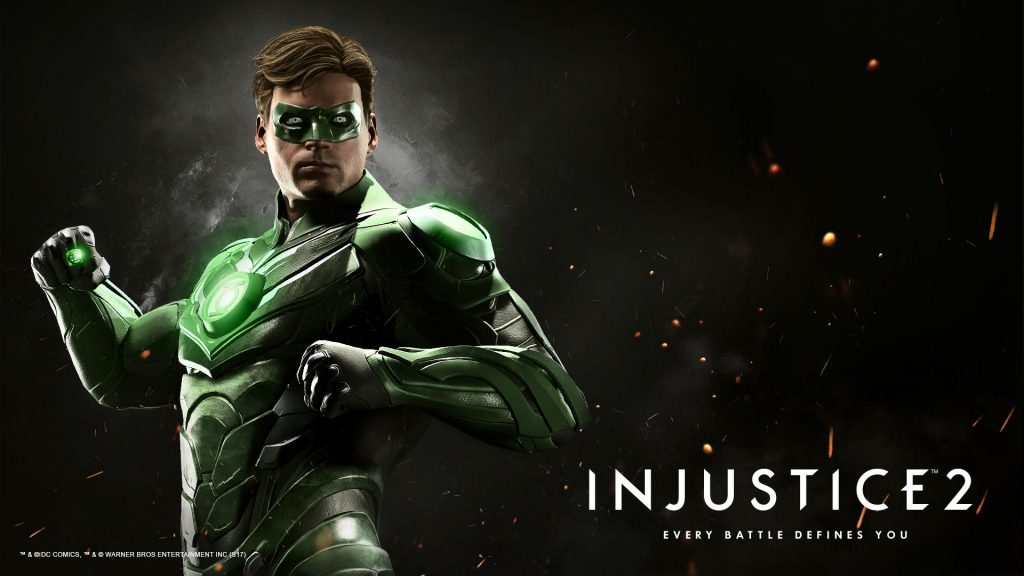 Perhaps the most challenging fight on here is Green Lantern. With the ability to make any construct, Green Lantern is a formidable foe. His base of operations just happens to be the home of 5199 other Green Lanterns. This is the opportunity for the sardonic wit of Deadshot or the absurdism of Harley Quinn to shine. This would take them so far out of their element that anything less than shenanigans would be a disappointment. This would be the place for the social stealth of a Hitman game. The Suicide Squad members can impersonate Green Lanterns with knock off rings provided by their handler Amanda Waller. Get in, get out, don’t be seen. 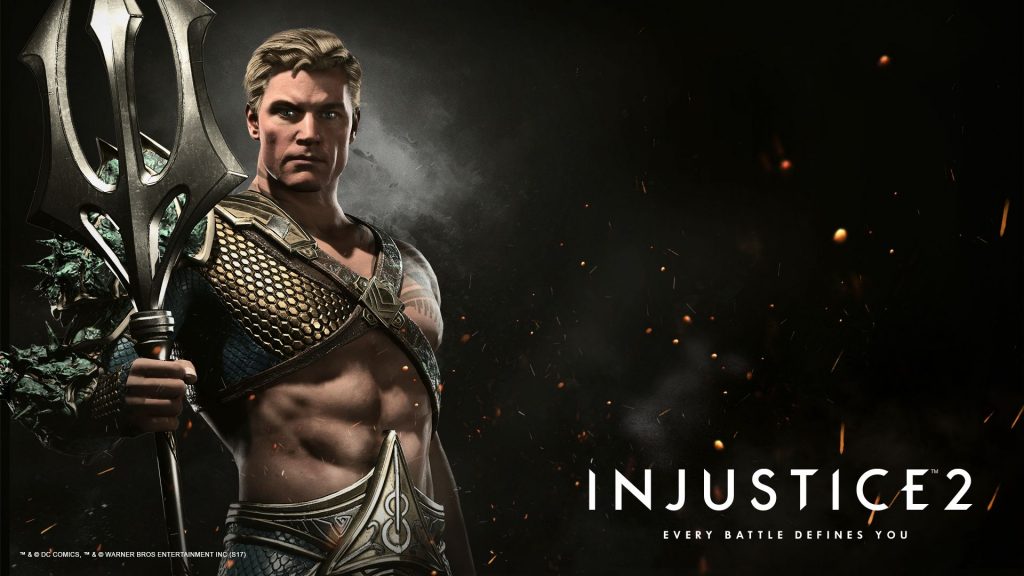 Ever since Jason Momoa signed on to play him, Aquaman has finally gotten the respect he deserves. The King of the Seven Seas holds court in the underwater kingdom of Atlantis. Imagine a level made up of individual bubbles that Suicide Squad members have to swim between while hostile undersea creatures attack. Inside the bubbles, the Squad has to fight through the best and brightest of the Atlantean Royal Guard. The finale is a combination fight against Aquaman and his wife, the water witch Mera. The dual foe challenge can be exacerbated by constantly collapsing domes that players have to race between. It’s a kinetic fight in a constantly shifting environment to stretch your capabilities to the limit.

Suicide Squad vs the Justice League certainly has a nice ring to it. We can’t wait to see what Rocksteady has in store next week.