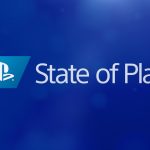 You are reading
Everything announced at State of Play December 2019

Before the new year kicks in, PlayStation held their last State of Play showcase for 2019, which promised and delivered 20 minutes of updates and new game reveals. Speculating fans expectd PlayStation to reveal more about the upcoming Ghost Tsushima, Resident Evil 3 remake, and more.

Below are all of the announcements made in PlayStation’s December State of Play show:

The full show can be seen below:

What did you think of December’s State of Play? Let us know! More game reveals and updates are planned to be shown at the Game Awards 2019 on December 12. Stay tuned to Lords of Gaming for coverage.