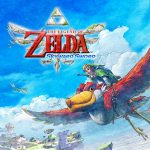 You are reading
Legend of Zelda: Skyward Sword Appears On Amazon

There have been many questions about what the launch lineups of PS5 and Xbox Series X could be. But while this has been the subject of many discussions. Nintendo has also been under fire for their lack of communication in regards to new games coming to Switch this fall. COVID-19 has thrown a wrench into the hardware company’s plans in terms of holiday software. However, with a new listing on Amazon U.K., we might just have found out Legend of Zelda: Skyward Sword could be coming to Nintendo Switch this holiday.

In a new store listing on Amazon U.K. which yesterday leaked a Need For Speed remaster.  Another listing has appeared that will reportedly bring Legend of Zelda: Skyward Sword to Nintendo Switch. While the store listing is very bare, with no projected release window. It feels safe to guess that Nintendo would likely be looking to make this game part of their holiday line up. With many of their games no doubt being pushed back due to COVID-19 complications. Legend of Zelda: Skyward Sword originally released on the Nintendo Wii back in November of 2011. It is often revered as one of the great games in the franchise. As it is the 6th highest-reviewed Wii game in the console’s library.

Are you interested in the Legend of Zelda: Skyward Sword remaster? Let us know in the comments and don’t forget to check back for the latest gaming news and information.