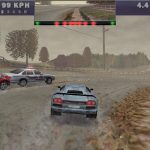 You are reading
Need For Speed Remaster Listed On Amazon U.K.

Need For Speed: Hot Pursuit launched back in 1998 on PC and PlayStation 2. It was often considered to be one of the best Need For Speed titles alongside Most Wanted. While during this generation the franchise has stagnated significantly. With many of the titles missing the mark in recent memory. However, a new store listing hints that the 1998 classic may be returning.

Originally posted on gaming forum Resetera and reported by Gematsu. A listing on Amazon U.K has leaked early, and it appears that Need For Speed: Hot Pursuit Remastered is coming soon. How soon? The official release date listed is set for November 13th, 2020 and currently is listed for Nintendo Switch and Xbox One. The game is currently listed for 34 pounds, which in USD is roughly $44. While store listings can sometimes be inaccurate, as we saw with several PlayStation and Xbox One leaks earlier this year. This remaster only makes sense, with the rumor that EA had a remaster in the works. While many had assumed its Mass Effect, it might turn out to be this game instead. Only time will tell.

Are you interested in this remaster? Let us know in the comments and don’t forget to check back for the latest gaming news and information.