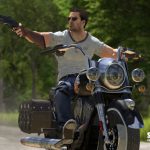 You are reading
Exclusive: Will Serious Sam 4 be on PS4?

Serious Sam 4 releases in just under a week. While we are excited to get our hands on the game on our PC rig, we were curious about a console release. So we took to the developer to see what we could suss out.

So, will Serious Sam 4 be on PS4 and XboxOne? In short: it won’t, as confirmed by Croteam on Twitter. Serious Sam 4 is, as of now, only on Stadia and PC.

SS4 won't be available on PS4 or Xbox One. It was never supposed to.

Given the series’ strong PC roots, this isn’t necessarily a surprise, but it is a disappointment not knowing if the game is coming to consoles at all, given the hype around the PS5 and Xbox Scarlett launches at the end of the year.