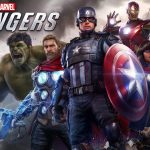 You are reading
Marvel’s Avengers: Some Assembly Required

Marvel’s Avengers features a story of epic proportions that finds the Avengers at their lowest point. It is up the ultimate fangirl to bring the gang back together. But while the story can be a blast to play, its multiplayer and warzone missions can be drag and chore to finish. is a fun game that is bogged down by technical issues and repetitive missions.

A Story Worthy of the Comics

Five years ago, on Avenger’s Day, a mysterious explosion ripped apart San Francisco and gave ordinary people superpowers. Captain America was killed and the Avengers were blamed for the accident. Skip to the present day, and the world is completely different. The Avengers have been banned. Tony Stark and Stark Industries are no longer the powerhouses they used to be. And the rest of the group is missing in action. This is the setting for Marvel’s Avengers, and it kicks the story off with a literal bang. 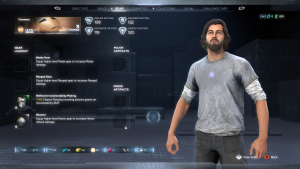 I never thought Tony Stark with long hair would be something I need in my life but here we are.

Enter Kamala Khan. Kamala is the ultimate fangirl. She was there on A-Day, and never believed it was the Avengers fault. Advanced Idea Mechanics or A.I.M. for short, has taken over the initial clean up after the A-Day incident. In the process, A.I.M. has turned the world into a police state where using superpowers is outlawed. A.I.M. is capturing Inhumans and claims to have found a cure for the aforementioned superpowers. Needless to say, there are much more nefarious motives behind their actions since the captured Inhumans are never seen again. By using her Inhuman powers in public, Kamala attracts A.I.M.’s attention before setting off to joining the resistance with her hacker friend, Tiny Dancer. Her final goal? Get the Avengers back together.

The story for this game is its strongest asset. The interactions between the characters show their delight and their extreme displeasure with each other. The downfall of the Avengers was swift and harsh, and it takes a lot to bring this group back together. Some members have shut themselves away while others are hiding in plain sight. For a campaign that is only 8 – 10 hours long, it packs a lot into it.

The gameplay is where the cracks are seen. In the single-player portion of the game, it makes sense why you can only play with one character during a mission, not so much during multiplayer, and multiplayer is a big part of this game. After completion of the main campaign, the story continues with players given the opportunity to take on missions from faction leaders. These missions can be completed either alone or with friends. The missions are varied in their objectives but in the long run its usually just go to Point A, defeat these enemies and then go to Point B.  Rinse and repeat.

This is also where you will do the bulk of the leveling for each character. When you level up, you get a slight increase in all your stats. You also get skill points when you level up to upgrade super abilities. Curiously, some abilities can’t even be unlocked until you are level 15. So do not get upset if you finished the main story and your newest Avenger is still super low. 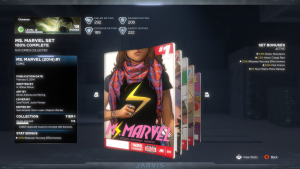 Collection comics can also give your character a permanent stat boost.

One of the main issues is the inability to switch characters mid-mission. For example, in a mission playing as Black Widow with Hulk, Thor, and Iron Man in my party, if there is some gear behind a breakable door, Black Widow cannot get it since her heavy attack does not break doors. In any other game of this type, you would be able to switch to Hulk, smash the door down and get that loot. Not this game. There is no switching between characters mid-mission, so that loot is gone.

Another thing I don’t like is that loot is character-specific and only drops for the character you are playing as. If I’m playing as Black Widow, I will get loot for her and only her, the same with experience points. As a result, players will have to replay missions multiple times to get characters leveled up and to collect better gear pieces. I have no problem with replaying missions, but with the number of characters on the roster not getting any drops discourages me from wanting to play as other characters and just stick to my main. It would have been nice to have a new game+ for the story but there is none. That would have broken the monotony of playing the same missions over and over again.

There is a way to get around the gear problem and that’s by buying gear pieces from faction leaders and vendors. The in-game currency for this is somewhat plentiful but the vendor shops refresh ever so often, so if there is a piece you want and you got the funds, buy it. Vendors usually refresh once per day and I have yet to see a gear piece repeat. Some gear pieces come with stat bonuses or extra abilities and can even be increased in power. So always keep an eye on your gear levels. You can also get high-level drops from defeating bosses, but there is no way to farm a specific piece of gear. Even though each character has individual gear in the menu (Kamala has bangles, Black Widow has a vest) it does not show up on the character, which kills some of the fun of showing off. 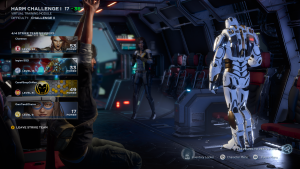 As a live service game, one of the main points of Marvel’s Avengers is to play with other people. I’m not saying it’s impossible but it sure is hard to accomplish. I have been in queues that lasted as long as ten minutes to join a mission, and seen reports of longer. A quick match feature was added post-launch to help this problem. This lets you jump into a match already in progress. This is a good quality of life feature that should have been there from the start and is my primary mode of play. Quick Match also has some drawbacks. Since it roughly puts you in the first available match, it is possible to get the story spoiled by jumping into a mission you haven’t seen yet.  This happened to me twice but it was simple enough to back out and find another match.

Overall, Marvel’s Avengers is a good game that has some technical problems.  The responsive controls make pulling off a move that you’ve seen in the comics or movies so satisfying. Above all else, the game gets the fun right, which is not always true for loot games. Square Enix has already released a few patches to fix some of the problems, which is encouraging.  Especially since all future DLC is reportedly free of charge, which includes new characters and new venues to explore. If this game gets the long term support it so rightfully deserves, Marvel’s Avengers might actually be great.