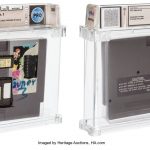 You are reading
Super Mario Bros. 3 Prototype Sells For Over $31,000

A Rare Piece of History

On Friday bidding ended on a rare Super Mario Bros. 3 prototype. After 28 bids over two days, the auction has landed on $31,200.00. The NES cartridge shows a copy of Kid Icarus with three holes cut out for EPROM placement. In order for developers to dump their software onto the EPROM’s and quickly move into the cartridge for testing. In addition to this, you can also see “Super 3” written over the label in blue marker. Wata games have certified the prototype as legitimate. Although, they are unable to grade something of this magnitude. Differing from a normal grading score the Wata grading is marked “PRO” for the prototype condition of the cartridge.

Obviously the cartridge itself is an amazing piece of video game history. Moreover, the software found on the EPROM’s could be priceless. The chips contain an early release of Super Mario Bros. 3. There are markings on the EPROM’s dating them to February 1990. Which would be around the time of the game’s release. The team behind the validation of the prototype indicates the condition of the cartridge as hurried. For example, if the localization team was racing to the finish line for release. Heritage Auctions notes that this is the first Nintendo developed prototype they have ever listed. While Nintendo is normally very guarded about their internal development tools and history. 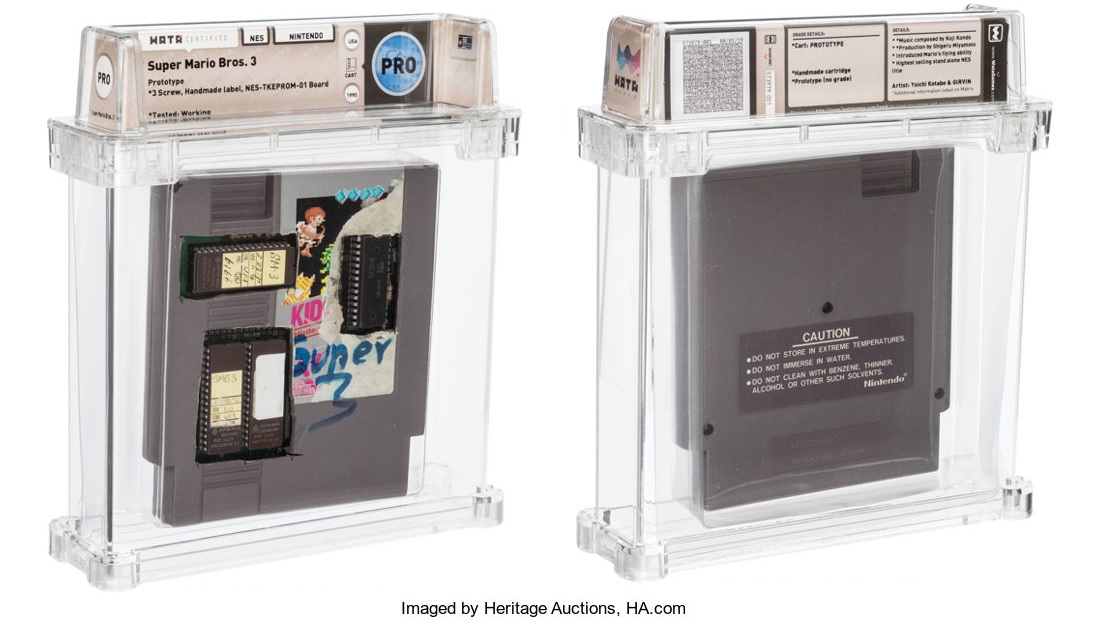