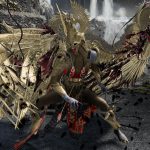 You are reading
Secret Boss Fights That Needed Beaten

Many great video games endcap levels or sections with boss fights. Iconic series like Legend of Zelda and Pokémon bake boss fights into their formula to force players to use what they’ve learned to succeed in the game. Many boss fights become iconic because they stand as a testament to the player’s skill and willpower. Now, what about the secret boss fights? You know, the ones that give great challenges but don’t need beating to complete the game? Secret boss fights might not be as well known since many players are not completionists, but they are still worth talking (and raging) about.

The only criteria for this list? Don’t be required to roll credits.

Secret spoilers for every mentioned game, and shout out to Josh Reding, Lords of Gaming Editor-in-Chief, for contributing our first entry.

The Nameless King in Dark Souls 3 is misery incarnate. The secret boss fight begins with a killer introduction. A man rides in on the back of a feathered dragon, landing on an island of swirling mist. While this starts as a ‘hell yeah’ moment it quickly dawns that this is a ‘hell no’ boss fight. That sweet-looking island is totally devoid of cover from the dragon’s sweeping attacks and the Nameless King’s massive lightning spear. The window of attack is very small and the slightest over aggression will see you brutally murdered by the dragon or by the rider. Like many Dark Souls bosses, the player first has to take down the Nameless King’s mount. Only then do you get to fight the man himself. The Nameless King’s lightning spear will hit you from any distance making it virtually impossible to find a respite in which you can heal. His every hit lands like a ton of bricks ripping away half to two-thirds of your health depending on how you are specced. He is unrelenting, a T-1000 here to skewer you by steel or by electricity. He is without a doubt the most difficult boss in all the Souls’ games.

Even the finger shredding difficulty, pales in comparison to the hardest part of the boss fight: swallowing the heartbreaking lore implications. Since Dark Souls players have speculated everything about the missing firstborn son of Gwyn. Was it Solaire? Where did he go after being stricken from the Annals? No. All that time spent lore diving and the answer From Software presented us with was that he went off to Archdragon Peak and became a cloud hobo. Sigh

Most Heartless, Kingdom Hearts’ longest-running evil faction, are cartoonish displays of darkness fit for a half-Disney game. However, Neverland’s secret boss, the Clock Phantom, is actual nightmare fuel. It’s a hooded specter that runs on the darkness hiding inside it. As the name implies, our ghost appears at the Clock Tower in Peter Pan’s world. As the fight starts, the Phantom casts Doom (as termed by the IGN guide) on an ally, which permanently knocks them out for the fight when the clock strikes zero. Once Doom takes a victim, it moves to the next ally before you’re all that’s left. To actually hit this secret boss, you wait for his weak point to appear in one of four, color-coded options. Finally, like the Chernabog fight, you fly for the entire fight as the Phantom zooms and drifts through the air.

Gamers, if your significant other permanently knocks out your allies, only takes color-coded damage, and flies through the air, that’s not your hubby, that’s the Clock Phantom.

The original Final Fantasy VII has another candidate for this list, the Emerald Weapon. Heck, most Final Fantasy games have notable secret boss fights. Yet Ruby Weapon gets the nod for a couple of reasons. First and foremost, it ejects party members similar to how the aforementioned Phantom dooms party members. As a matter of fact, it won’t even take damage until there’s only one standing party member, ejected or not. For that, many guide writers will tell you to start the fight with two party members knocked out. Second, it has insanely high defensive stats and absorbs many types of moves. There’s a slew of other reasons why this fight sucks, but for now, we’ll end on the tentacles it spawns out behind your party making you vulnerable to blind-sided damage. You could make an entire article ranking Final Fantasy secret boss fights, but for one article covering all games, we need to cut Square off at one.

You know a secret boss is a total meatgrinder when that boss enters by dragging Kratos’ face across the ground. Sigrun doubles as the most recent entry on this list and the only cumulative fight. To even unlock this fight, players must defeat and free the eight other Valkyries from their cursed, mortal state. Those preceding fights work as needed practice for Sigrun because she borrows from every Valkyrie’s playbook. For some instances, she uses Gondul’s meteors, Rota’s dives, and Hildr’s ice projectiles. Sure, Sigrun is the physically smallest fight on this list, but size doesn’t matter when your ass is getting handed to you eight ways from Sunday instead of the normal six.

If you know Lords of Gaming, you know that we love God of War. Sony Santa Monica’s generation-defining reboot has a special place in our hearts. That spot sits next to the gaping mass that Sigrun rips out of us every time we fight her.