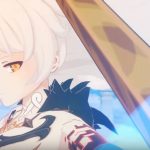 You are reading
Genshin Impact: Tips For Party Setups

In Genshin Impact, you may be at crossroads when deciding who to include in your 4-player party. Here are some tips to get you started.

A core gameplay mechanic of Genshin Impact is its element system. The element system prompts the player’s actions, reactions, and strategies because it’s so diverse. Water reacts to fire; electricity reacts to water; etc. With so many options and one character specializing in one element, it can be tough to pick your 4-player party. Since the game places a big emphasis on exploration, there are certainly some characters you should keep in your party at all times. In other instances, you will need to set up a plan of attack before jumping into harder fights. Let us get into what you should be considering.

Keep At Least One Long-Ranged Weapon User When Exploring

Genshin Impact has three classes of weapon users: close-range, mid-range, and long-range. Sword wielders are close; spell book users are mid; and archers are long-range. Keep at least one long-range character in your party for the majority of the time. Archers are incredibly useful in that they are the ones to less likely get impacted by destructive elemental reactions since they are far away from enemies.

With an enhanced 4 or 5-star bow, they can deal some serious damage to boss-type enemies. Mix into your party two archers with elements that react to one another, and you will have a decent strategy to take down enemies from afar. This particular set up also helps with certain enemies that like to keep their distance. The current bow-wielders in the game are Venti (Anemo, 5-star), Childe (Hydro, 5-star), Amber (Pyro, 4 -star), and Fischl (Electro, 4-star). The best bow weapons can be pulled from the in-game banners, but make the best of what you have. 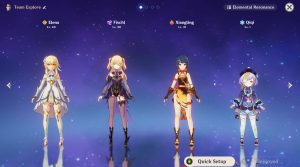 A well-rounded party of four elements is fantastic for exploration. One reason why is because there are a number of puzzles in Genshin Impact‘s world that will require one, two, or three different elements to complete. Secondly, you will always have an answer to what an enemy’s weakness is.

Once you start acquiring more characters, consider adding two of the same element to one party. When two characters are added to a group and specialize in the same element, the party gains unique party effects. You can read up more on party effects and what they do by clicking here. Another big reason is for enemies – you are already adding salt to the wound by using their weaknesses against them, so why not douse the whole salt shaker? One of my favorite setups includes Amber and Xiangling – two Pyro users, one close-range and the other long-range. With two fire-based characters, I unlock the party effect Fervent Flames, which makes the lasting affects of Cryo reduced by 40% and increases the attack stat by 25%. With their 4-star upgraded weapons, I breeze through any enemy weak to fire. 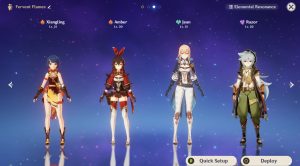 Plan Your Party With Combos In Mind

Taking advantage of elemental reactions is critical to winning fights – even ones that seem too tough. For instance, most of my characters are in the late-20, early-30 level range. But with the right setup, I was able to take down a level 37 boss because I played against its weakness. One of the more destructive combos I came across (and love using) is Pyro and Electro. Combine these two in any order to get a burning AOE attack that can decimate enemies. Another is Electro and Hydro – use one in any order and the enemy will be dealt with electric damage over time.

It would be nice have a 4-character group of just spell book users, but parties with better elemental synergy takes priority. Pay close attention to how elements react to another, then choose your characters. If you happen to be short on character options, pull from one of the in-game banners with the hope you will get something you want.

Use Your Party Slots

The developers for Genshin Impact realize that different party setups are needed for certain situations. This is why they included four different slots to swap in and out your party builds. Switching takes a bit of menu shuffling, but it’s much better than to constantly swap in and out characters. So be sure to use these slots, and even name them if you like!

As a future quality of life update, it would be nice if miHoYo could let players have up to ten different party slots since more characters will be added to the game. As it stands, the game does not have enough party slots to get a decent amount of team builds. 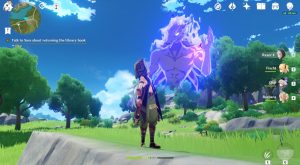 For more on Genshin Impact, stay tuned to LordsofGaming.net.