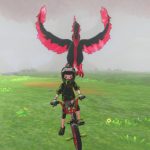 You are reading
The Crown Tundra – Pokemon DLC Review

Writer’s Note: Some spoilers below, including previously announced Pokemon and Galarian Forms.

Legendary Hunts on The Crown Tundra

When you first arrive at the eponymous area south of Galar proper, you meet Peony and his daughter, Peonia, or Nia. Peony is trying to drag Nia on Legendary Hunts, but Nia just wants to go on Dynamax Adventures. She is so desperate that she asks you to go in her place. After some explaining to her dad, Peony agrees and gives you clues to various Legendary Pokemon found in the Crown Tundra. This opening sets up multiple, smaller missions, called Hunts, as opposed to one overarching plot. Even though one narrative format is not objectively better than the other, it is a nice change of pace for the series.

The Hunts vary in quality, but the main one showcases the new area very well. Your main mission focuses on the DLC’s new Legendary Pokemon, Calyrex. As you help Calyrex, you learn about its history as the King of the Bountiful Harvest, the area’s lore, and the lone village on the Tundra, Freezington. Freezington physically merges beautifully into the overworld, unlike most Pokemon towns. Calyrex’s actual background falls into traditional Pokemon tropes, as Freezington’s citizens used to worship it. Thanks to statue bases, we are treated with more specific details of Calyrex’s past. Scattering lore through the pedestals gives a better picture of this Legendary Pokemon than the traditional, Pokemon plot beat.

When you are not looking at old plaques in the frozen land’s forests or valleys, you are looking at two, especially giant, picturesque trees. There is one in the South in full bloom, and another completely dead in the highest, northernmost peak. These giant trees feel like skyscrapers compared to the rest of the trees in the area. Outside of the buildings and Dynamax Adventure cave, everything is part of the same Wild Area. After three iterations of the seamlessly linked Pokemon overworld, The Crown Tundra does the formula best.

Good Things from the Past Get Expanded

The Crown Tundra wisely repeats or expands on good ideas from the previous DLC, the Isle of Armor. Near the end of the Isle of Armor, you got to choose which version of Urshifu you want Kubfu to evolve into (Water/Fighting or Dark/Fighting). This scenario pops up in two of the Hunts; once during Calyrex’s Hunt, and again at the end of the Legendary Giants’ questline. For a series that routinely releases two versions of the same game, this is fair. Neither DLCs were announced before Sword and Shield released, so it would have been unfair to lock players to version specifics when they did not know they even existed. 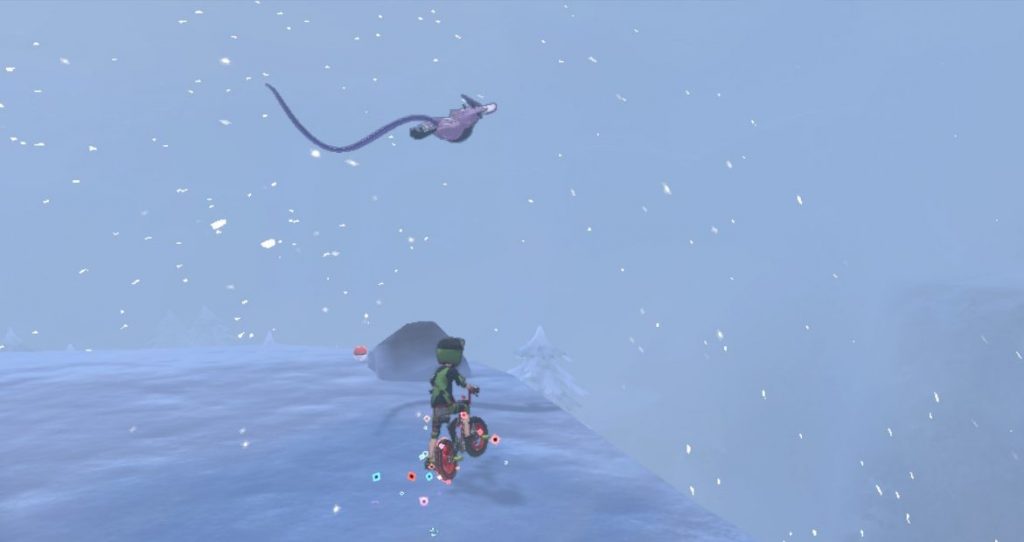 Speaking as a longtime Pokemon trainer, this is the best chasing Roaming Legendaries has ever been. Pokemon Shield, The Crown Tundra, 2020.

Another expanded feature, back after a generational hiatus, is Roaming Legendary Pokemon. Past generations would have some Legendary Pokemon roam the region instead of sticking to a specific spot. Not only do the Galarian Forms of the Legendary Birds roam in this DLC, but this is the best it has ever felt to chase the Roamers. Once you find the birds together, they all fly off across the Galar region: one goes to the main Sword and Shield Wild Area, another to the Isle of Armor, and the last one stays in the Crown Tundra. All of these Pokemon show in the overworld, meaning you chase them in a cat-and-mouse fashion instead of staking out a location hoping you randomly find them. It is an excellent usage of the Wild Areas. Players do not need to imagine seeing the Roaming Legendaries in the sky anymore, because that literally happens now.

Poor Execution Down in the Caves

There is one rock that The Crown Tundra trips on, and that is the Dynamax Adventures. Dynamax Adventures are an extension of Sword and Shield’s Raid Battles. You and three other Pokemon trainers explore a cave filled with Dynamaxed, or extra-powerful, Pokemon. Your team votes on which path you want to follow, which leads to different Pokemon encounters. These always end with a Legendary Pokemon.

As awesome as this sounds on paper, the devil is in the details. For starters, you rent Pokemon for these Adventures. Then, if you catch multiple Pokemon (which you most likely will), you can only keep one even though you have to use your own Poke Balls. Finally, you only realize one of the Pokemon you caught is a Shiny version when selecting which Pokemon you want to keep. Shininess aside, compare this to the series’ earlier catching min-game, the Safari Zone. You paid a nominal fee to catch as many Pokemon as you had Poke Balls or time for, but the Zone gave you company Poke Balls to use. Part of the Safari Zone’s charm was knowing you were paying less to catch these Pokemon than if you brought your own Poke Balls. For such a cool idea, Dynamax Adventures could have been better polished and thought out.

The Crown Tundra is the Future for Pokemon

As flawed as Dynamax Adventures are, this add-on showcases so much of the future for Pokemon. Yes, Dynamax Adventures should be revisited, but it is still a great addition to the series. Vast open areas should be the standard for Pokemon games now, not just a great showpiece. On that point, bringing back Roaming Legendary Pokemon was the best way to highlight the Wild Areas’ value. You need to regularly change your team for Legendary Clues, so thank goodness you have have universal PC access. Finally, letting the player choose which Legendary Pokemon they wanted was a wise design choice, reinforcing a good precedent for future Pokemon DLC.