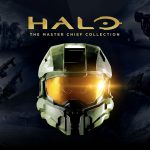 The  Master Chief Collection will make full use of the next-generation Xbox hardware. These upgrades will free of charge and will be available soon after launch

The Master Chief Collection is already “fully optimized” ahead of the upcoming Xbox Series X/S launch. Players can expect 120 frames per second in both campaign and multiplayer modes. In addition to that, there will be substantial improvements to the game’s split-screen experience. The Xbox Series X will target up to 4K resolution in split-screen mode.

Best of all these upgrades will be free for existing owners or Game Pass members. Luckily, HALO fans will not have to wait long for the upgrades. They will be available on November 17, which exactly one week after the launch of the next-generation Xbox consoles.

It is safe to say that the game was not well received when it launched back in 2014. Regardless, developers 343 Industries kept at it and the game received tremendous improvements over time. The game is a testament to the developer’s determination to improve the game

Will you be checking out the fully optimized version of HALO: The Master Chief Collection this November? Let us know in the comment section below.