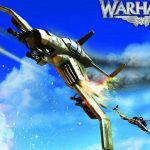 You are reading
Warhawk’s PlayStation 3 Multiplayer Is Back Online

Warhawk is one of the most beloved PlayStation 3 franchises during a time when the console was struggling. The game was built in partnership between Incognito Entertainment and Sony Santa Monica. The game was an incredibly ambitious third-person military shooter. That while it had its host of issues at launch, the game through patches and updates found a strong and vocal community. When the online servers were shut down in 2019, many of the fans of the game were saddened by the news.

However, thanks to a new workaround. If you still have your PlayStation 3 and a copy of Warhawk. You may be able to go back and play the game in 2020. This is even with the servers having been officially shut down for the past year.

ResetEra user Nerdkiller shared in a thread on the gaming forum. In his post, he shares that there now exists a workaround for players to play certain classic PlayStation games online. A newer emulator project titled PSONE (PS Online Network Emulated). Looks to bring classic online games back to life through a simple DNS change via your PlayStation 3. The company states the following on its website.

“PS Online Network Emulated is an ongoing attempt to reactivate the online mode of multiple Playstation Games. Being available since 2002 the PS is a pretty old game console. Despite its age, there are still people wanting to play online. Some just love to get reminded of old times, some want to enjoy games that simply have no equivalent counterpart on more modern consoles. Sony decided to stop hosting any game servers, which rendered some games unusable or at least hard to use.”

The project also looks to bring classic titles such as Socom, Wipeout, Twisted Metal Black, and even PlayStation Home back to life. This is an incredibly ambitious as a long time fan of some of these IP’s. The idea of being able to play Socom again is exciting. Here is hoping PlayStation sees people clamoring for these games and decides to make new installments in the franchises. A fan can only hope. But for now, its time to go play Warhawk multiplayer. You can check out the video below for full details.