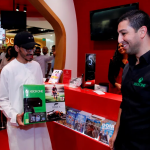 New console launches are always exciting. The anticipation, hype train build-up can really bring out the most anxious kid among us. No matter when a new console launches, they play out the same. People camp out or queue up at retailers’ doors ahead to pre-order their console of choice. Whereas, people who pre-order online will destroy their F5 key in the process. Either way, console launches have changed very little. Initial stock is hard to come by and hardcore gamers are usually the early adopters. This phenomenon is truly global in every aspect. That is because people are passionate about videogames no matter where they are from.

I hail from Bahrain, a tiny archipelago off the coast of Saudi Arabia. The Arabian Gulf, which consists of Bahrain, Kuwait, Qatar, Oman, Saudi Arabia, and the United Arab Emirates, have revered PlayStation and its console offerings for more than 20 years. This passion is clearly depicted during a console launch. Malls continue to thrive in this region due to the egregious year-long heat.

Like in other parts of the world, people queue up in front of video game and electronics retailers to get their hands on the latest hardware. Video game retailer Geekay Games pioneered midnight releases in the region to much fanfare. They’ve always relied on social media to build hype and keep themselves relevant. Geekay Games continues to redefine itself and even ventured into selling PC components, gaming apparel, and memorabilia. They are the name in midnight console launches. 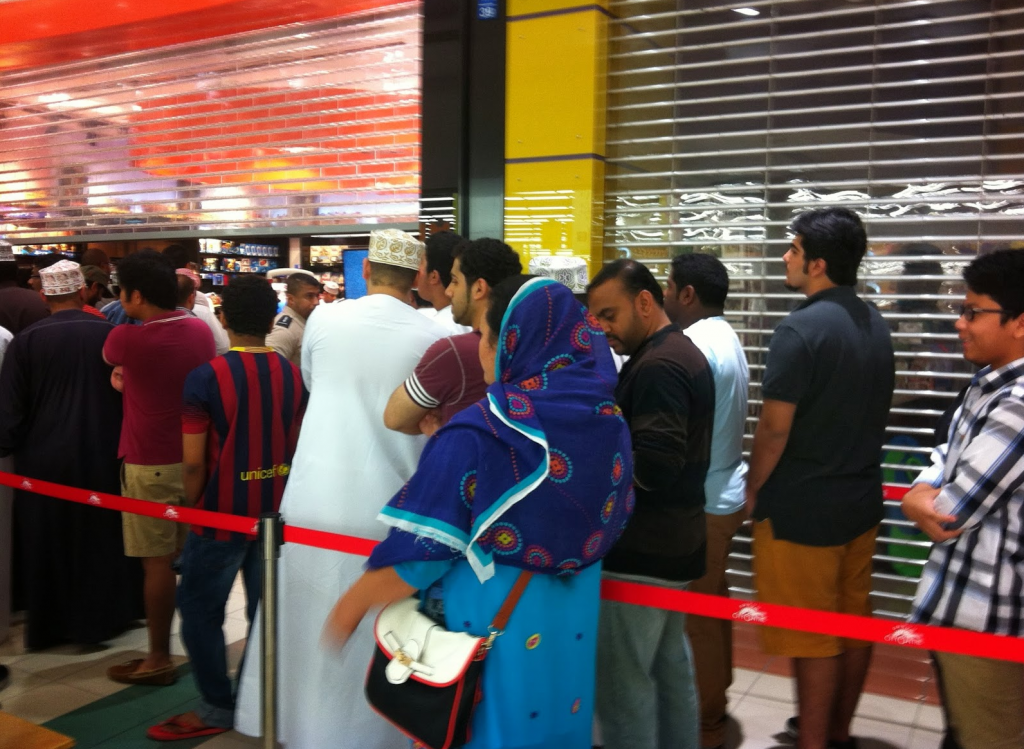 People in Oman lining up to get PS4.

Regional pricing is a reality in every industry including video games. In Bahrain’s case, there is an authorized distributor that will set a price for the console launch. However, since quantities are limited, some local retailers will take advantage of that by inflating prices knowing that there are people willing to pay it.

This could be an increase of anywhere between 50 to 100 dinars (US $132-264) on top of the original price. In other words, these smaller stores act similarly to eBay scalpers. I remember paying around 80 dinars above the original price (around 320 dinars or US$851) to get my hands on the Xbox One back in 2013. It really was hard to stomach, but my options were limited so I bit the bullet. Even though I knew retailers were going to take advantage of early adopters, I still saved up enough cash to buy an Xbox on day one. 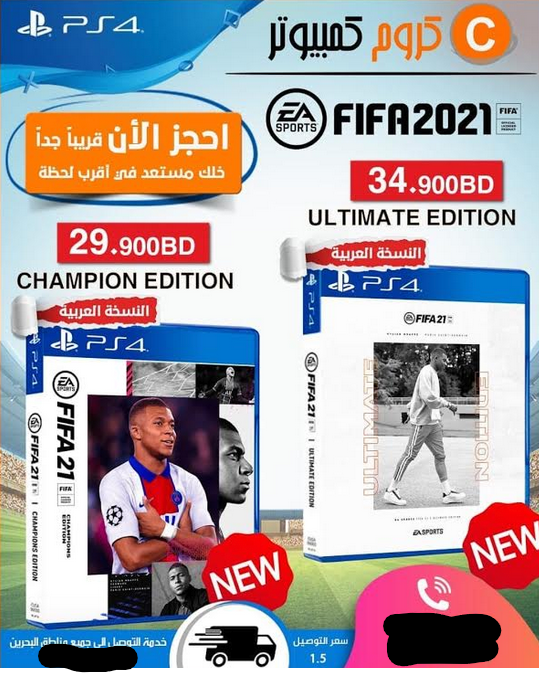 Retailers often take advantage of the popularity of titles like FIFA and Call of Duty.

Video game retailers are well known to take advantage of popular titles here like FIFA and Call of Duty. Usually, smaller retailers will try to make a quick buck by selling the more expensive version of games before making the standard version available. For instance, FIFA 21 Champions and Ultimate editions are already being sold in Bahrain for an average price of 30 and 35 dinars respectively (US$80-93). This is ahead of the game’s official launch on October 6. This ensures that they can quickly clear out their stock of more expensive games. The region still relies on physical copies and it is common for people to use social media to sell and trade video games. This is due to rather slow internet speeds and data caps. However, the infrastructure is getting better every year.

Next-Generation Console Launches and Pre-Orders in the Arabian Gulf 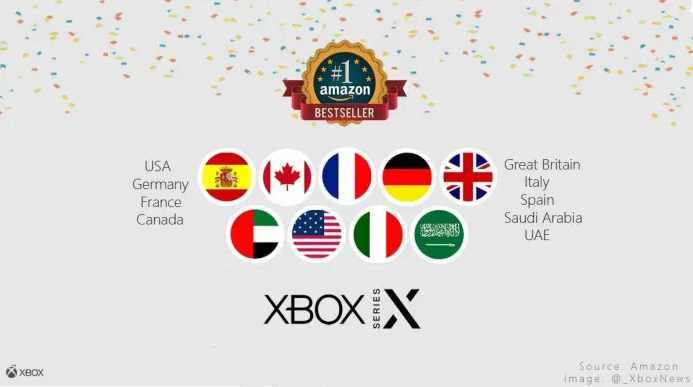 Anticipation is already through the roof for the upcoming consoles. Pre-orders are widely available across different retailers both big and small. Even telecom companies in Bahrain are offering PS5 pre-order. I thought I’d try my luck with Geekay, and I registered my pre-order interest with them for an Xbox Series X. So in early September, I gave them my contact information so they can let me know when pre-orders go live. Luckily, pre-orders went up on September 22, like the rest of the world.

However, on the day of the 22nd, I called them and they told me I wasn’t guaranteed a console on launch day. They claimed I registered interest pretty late and there were others ahead of me. To my surprise, the shop employee told me that people were already lining up outside their door to pre-order the Xbox Series X. I hung up a bit disappointed, but life goes on.

Read More: How To Upgrade Statue of the Seven in Genshin Impact

The next day, Geekay called me and told me they were getting more consoles for launch and I secured my pre-order. I’m pretty sure this has to do with Phil Spencer’s claim that there will be plenty of consoles available at launch. Regardless, I even sold my Xbox One X to help finance my next-gen upgrade. 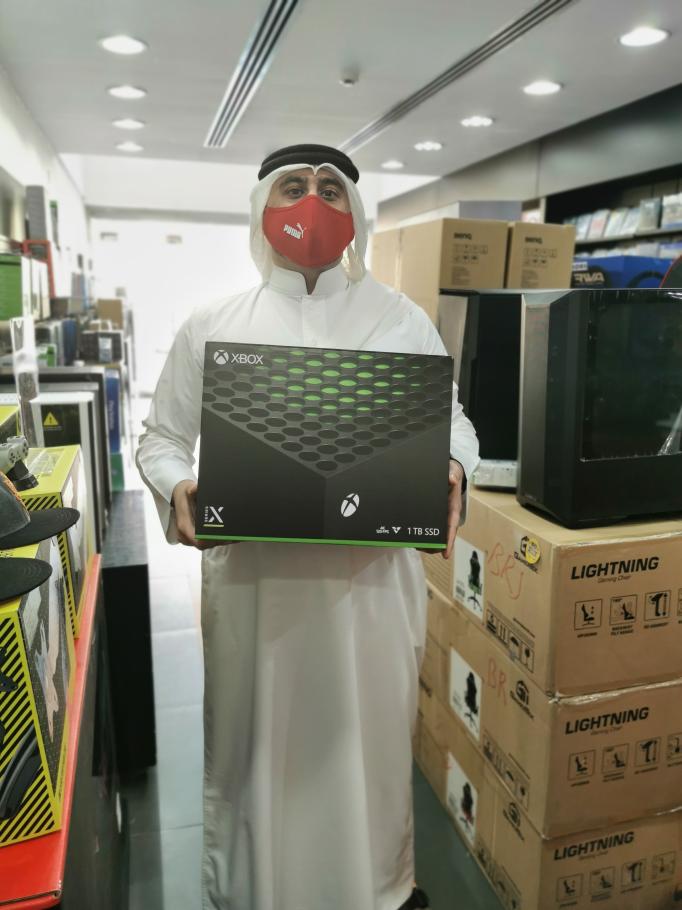 Both the Xbox Series X and PlayStation 5 will retail for 222 dinars (US$590), while the Xbox Series S will sell for 135 dinars (US$359). Surprisingly, it doesn’t seem that any retailer will see the PS5 digital version.  All these prices include 5% value added tax (VAT) and presumably account for shipping and retailer’s mark up. Additionally, Microsoft touted that the Xbox Series X was Amazon’s console top seller in nine different countries including Saudi Arabia and the UAE. However, both countries’ Amazon’s regional stores were not selling PS5s.

Did you secure your next-gen console pre-order? Tell us your pre-order story in the comment section below.