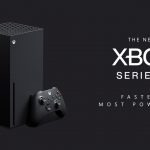 A few days ago Microsoft confirmed the Xbox Series X will feature full RDNA 2 implementation. This confirms that next-gen GPU features like Variable Rate Shading, Mesh Shading, Machine Learning will offer a performance boost in next-gen Xbox games. This also confirms that the Xbox Series X’s Ray Tracing implementation is pretty much the same as an RX 6800 graphics card. So what kind of Ray Tracing performance does this new AMD card offer?

We might have received a small hint on that today. Wccftech reported that the very first RX 6800 Ray tracing benchmark just leaked and the results are very impressive. According to the below benchmark results, RDNA 2 based RX 6800 beats the AMPERE-based RTX 3070 in Rise of the Tomb Raider with Ray Tracing on by a few frames.

The above benchmark suggests that Ray Tracing performance both on RX 6000 Series cards and the Xbox Series X is going to be rather impressive. It’s worth noting that the Xbox Series X offers lower specs than the RX 6800 card. When we consider the lower number of computer units (52 vs 60 on Radeon card) and lack of boost clock, Xbox offers a stable 1825MHz vs 2100MHz boost clock on RX 6800. Xbox should offer performance lower by 20-30%. That should place Microsoft’s new console around an RTX 2080 Super level of Ray Tracing performance.

The very first game that will utilize Ray Tracing on the new Xbox console is Watch Dogs Legion. Considering this is a $500 console we are talking about here, potential performance should be rather impressive.