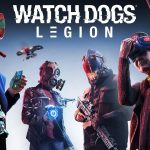 Ubisoft Forward showcased the latest and greatest from their upcoming titles. The stream opened up with a cinematic depicting the universe of  Watch Dogs Legion. Immediately after that, Ubisoft Forward unveiled an in-depth gameplay video of the game. Be sure to check out the full video below.

The video showcased actual Watch Dogs Legion gameplay footage, which is actually refreshing these days. The overview showcased some of the enemies you’ll be taking on such as the criminal underworld and government agencies.

But by far the most interesting aspect of Watch Dogs Legion is the recruitment mechanic. The game breaks traditional AAA mechanics and doesn’t sport a fully-fledged protagonist. Instead, players can “recruit” a number of different NPCs. Players can control pub regulars, taxi drivers, hitmen, even grandmothers, which truly feels unique and feels a next-generation feature.

Additionally, we can expect the game to step up their in-game usage of tech. Drones appear to feature heavily in the game and will likely play a key role in the game. This, along with hacking London’s extensive network of CCTV security cameras should come in handy in the game.

The game will release on October 29 of this year. So, be sure to mark your calendars and get recruiting!

How do you feel about Watch Dogs Legion? Do the new mechanics pique your interests or are they just gimmicks? Be sure to give us your opinions in the comment section and also check out all of Lord of Gaming’s Ubisoft Forward coverage.