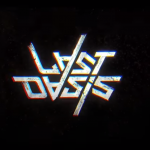 You are reading
Last Oasis Coming To Xbox

Open world survival game, Last Oasis, is making it’s way to the Xbox platforms. The game is developed and published by Donkey Crew and has been on Steam since March of this year. Last Oasis takes a different spin on it’s open world survival, where you focus on mobile base instead of stationary, which is also present. It is planned to launch on Xbox with cross-play enabled with PC which should encourage a larger player-base.

See More: How To Get THIS Secret Side Mission in Spider-Man: Miles Morales

Donkey Crew plans to release the game to Xbox consoles in Q1 of 2021. This is another popular open-world survival game making it’s way to consoles. Earlier this year, Rust was spotted in the Microsoft Store under a closed BETA sparking speculation of it’s release.

Are you excited to survive the environments of Last Oasis? Let us know below!

The Steam description of Last Oasis is as followed:

Keep moving, the world is dying! In this Nomadic Survival MMO, you can build walking mobile bases to travel to new lands. Join up with a clan and fight for territory. Resources deplete fast, so grab your sword and get ready to scavenge, pirate, and trade to stay alive.