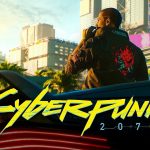 Cyberpunk 2077 is one of the most, if not the most, anticipated games of 2020. CD Projekt Red looks to build upon the success of the Witcher franchise with the introduction of the upcoming title. While the game has hit several delays, it finally is anticipated to release on December 10th. The delay puts the game a bit post the launch of two new lines of consoles with the Xbox Series X|S and PlayStation 5, so many are curious as to how it will look?

Today, gameplay has been revealed of Cyberpunk 2077 running both an Xbox Series X as well as an Xbox One X. The comparison shows the differences we can expect depending on which console generation you plan to play the game on. At it’s release, the Series X will not have the enhancements anticipated for the console, so the game may end up prospectively better than what we see here. Those enhancements are projected for both the Xbox Series X and PlayStation 5 consoles due next year.

The gameplay shows various elements of the game from vehicle to fight engagements. The video switches between both consoles to show a bit of perspective at the same points in the gameplay demo. Several new story points are also introduced giving a bit more to go off of.

Are you excited to explore the open world of Night City? Let us know below!