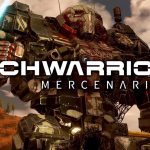 You are reading
MechWarrior 5: Mercenaries Is Coming To Xbox In 2021

In a time before Respawn’s Titanfall franchise there was only one massive Mech franchise that many gamers adored. That franchise was of course MechWarrior, which originally debuted all the way back in1989 on PC. While many console players will remember MechAssault on the original Xbox which released in 2002 and was one of the first games to support Xbox Live. It was the beginning of an online era, and MechAssault was front and center. But as quickly as it caught on, it quickly fell off. As the last MechAssault game to be on console was MechAssault 2: Lone Wolf which released on the original Xbox in 2004. However, it appears you will be able to get back in the saddle with MechWarrior 5 on console early next year.

In a new blog post from Piranha Games who are the developers behind MechWarrior 5: Mercenaries. Which is the most recent installment of the franchise that launched on PC back in 2019 to positive reviews. Now it appears the studio wants to expand the game to more players in a big way, thanks to an acquisition by EG7. Which has freed up more resources and options for the studio to grow and prosper.

“We are excited and proud to announce that now, in addition to playing MechWarrior 5 Mercenaries on PC, it will also be available on the Xbox Series X|S and Xbox One. This will be the first MechWarrior title on a console since 2004’s MechAssault 2, and in our opinion, the first true MechWarrior experience ever on a console.”

The game is reportedly going to be releasing on the Xbox Series X & S consoles in the Spring of 2021. There will be more information coming soon in an upcoming developer vlog post. We are certainly excited to hear more about this longstanding franchise making its way back to console.