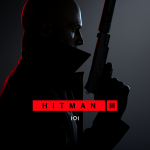 You are reading
Hitman 3: Everything You Need to Know

Hitman 3 is nearly here, so we put together a list of everything you need to know going into the game. Since its inception, the series has seen drastic changes to its established formula. Most notably, 2012’s Hitman Absolution and its revival, Hitman 2016. Here, we have the latest outing from a team that hit its stride with the series.

The Many Locations of Hitman 3

Like its predecessors, Hitman 3 will offer a number of playgrounds for players to navigate and master. These levels include, Dubai, Romania, Germany, Argentina, England and China. In comparison to Hitman 2‘s level count of 6, Hitman 3 matches it, but will look to offer even more diversity between levels. 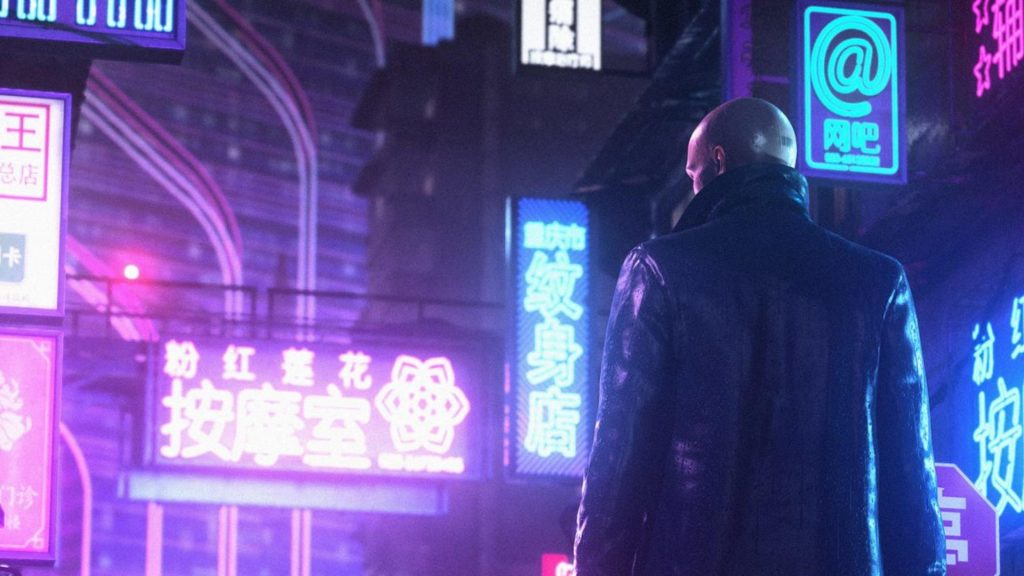 Footage released by developer IO Interactive (IOI) revealed some of these locales already. IOI’s rendition of China, for example, sees a claustrophobic province bathed in swathes of neon light. While the Burj Khalifa level sees protagonist Agent 47 mingling and navigating between the intricacies of high society. Each locale will offer their own unique opportunities and will carry their fair share of secrets.

Mastering the Art of the Kill

If there’s one aspect the world of assassination games strongly emphasize, it is replayability. The Hitman games encourage a level of mastery and understanding of each sandbox level through experimentation. Freedom operates differently here and your task is far from simple. The name of the game requires the player to reach their target in the most efficient manner possible. The means in order to complete said task are near endless. However, discovering which is the most efficient will take some finagling.

And there is bound to be mistakes along the road. Naturally, this will take tons of trials and errors. Discovering new opportunities, disguises and routes previously hidden, all in order to master the intricacies of each level.

If you are going through these levels only once, you are doing yourself a disservice. Hitman 3 plops you into a map and gives you a target and says, “Figure it out.” How will you choose to dispatch your target? Well, there is a bottomless pit of possibility and it is up to you to make use or not make use of what is there.

Marking a first for the series, Hitman 3 will receive a dedicated VR mode. Not just a simple, 1 – 2 hour mode that resembles a demo either. The full Hitman 3 experience is playable, beginning to end, with PlayStation VR. Mechanically, the game looks exactly what you would imagine a Hitman VR game would resemble. And honestly, the match could not be more perfect. 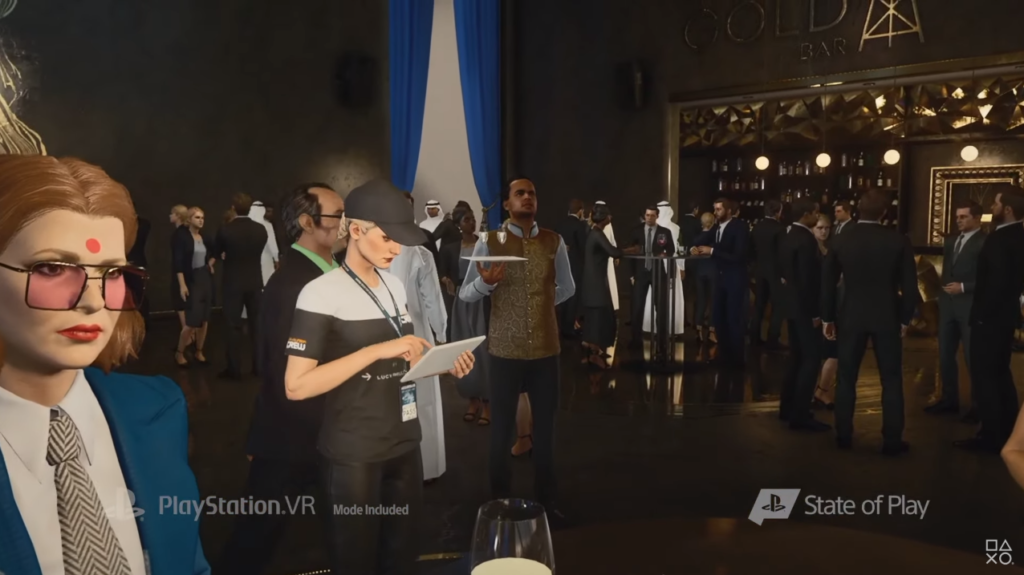 To duck behind cover, players will have to physically crouch themselves to avoid gun fire. Weapons are not limited to set animations and you can actually interact with objects and people in the world. One clip shows Agent 47 tapping a guard on his shoulder, then swiftly moving to his left to avoid detection before decking him in the face.

And it is this kind of interactivity within the VR space that presents an unparalleled level of immersion. The kills will never feel as intimate and as personal as they do now.

Progression Will Carry Over

To those who played Hitman 2, rest assured your progress will carry over to Hitman 3. Meaning, your XP rank, location mastery levels, player profile, challenge unlocks, Elusive Target suits, etc. will all cross over. In addition, levels from the previous games, will also be playable here with all the enhancements offered by the next-gen systems.

And, if you have not played the previous titles, IOI has you covered too. You can still access the old missions, with all the unlockable weapons and disguises, so long as you purchase Hitman 1 and 2’s DLC in the Hitman 3 storefront. 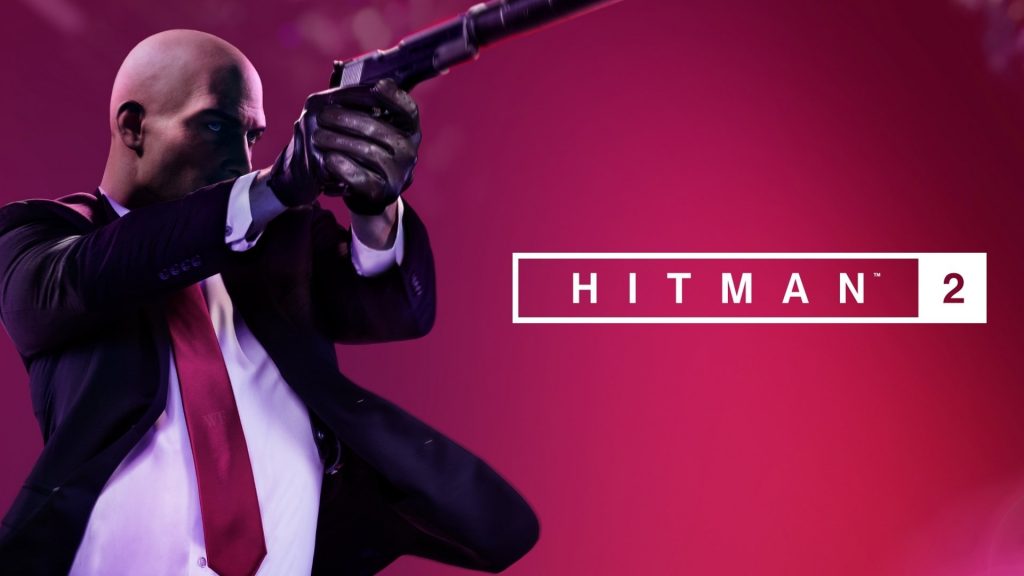 Another series first, Hitman 3 will introduce unlockable shortcuts within its levels. Much akin to Dark Souls, these will drastically ease the navigation through these dense spaces, but can only be opened from one side. Thankfully, these shortcuts will stay unlocked once you have already opened them. So there is no cause for concern about possibly unlocking the same paths every time you return to a level. Your initial run will see you going through the level the long way. But each run that follows will noticeably feel easier.

More importantly, the inclusion of these Dark Souls-like shortcuts only further encourages exploration. And who knows? They may also act as the difference between failing a mission or managing an escape after a botched run. 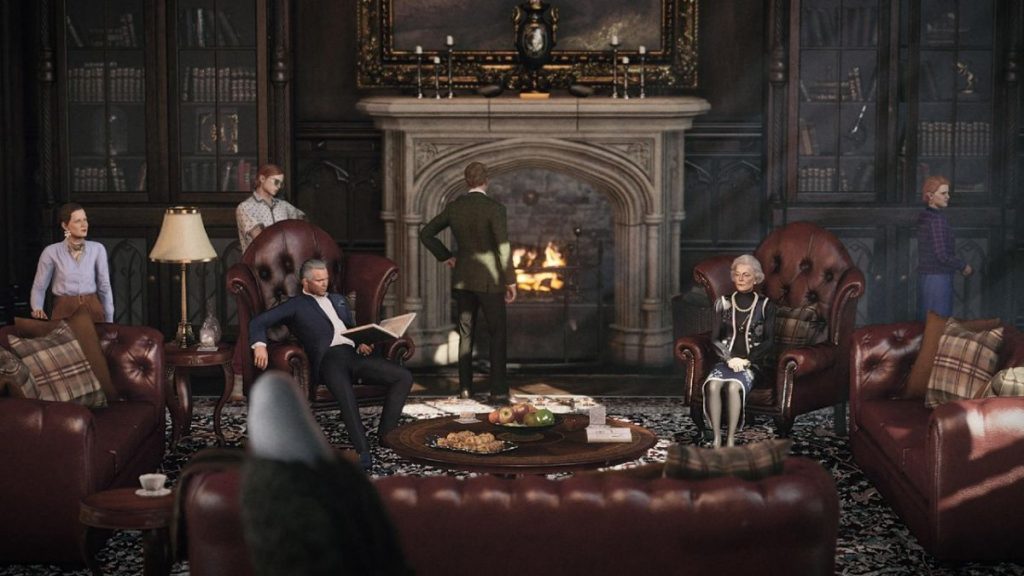 Hitman 3 will offer players with a bevy of game modes. These include: Campaign, Elusive Targets, Escalations, Contracts and Sniper Assassin.

While the campaign has not always been at the forefront, Hitman 3 looks to remedy that with a deeper focus. Campaign, once again, follows Agent 47 along a string of story missions that will take him on another, globetrotting job.

Elusive Target missions are for those seeking a challenge. Players are tasked with locating a unique target within a given mission, with virtually no aid. It’s up to you to formulate a plan to kill your target before time runs out. Adding even more pressure to the equation, if you fail to kill these targets, you will not be able to try again.

Next, we have Escalations, which act as retooled and tweaked takes of previously tackled missions. Some of these changes include mixing up starting points, beefing up security, adding cameras or even adding limitations to disguises. In essence, you never know what’s going to be thrown your way. But, they are specifically designed to push the most hardcore veterans and force them to adapt to new and unforeseen challenges.

Contracts put levels at the hands of the players. Here, players can set their own challenges and choose their own targets. Then, upon completion, you can send them to friends and compete to see who is the better assassin.

Finally, Sniper Assassin. In this mode, the player will find themselves taking on targets from a distance. The major catch here is that players will need to eliminate targets without triggering the alarms. 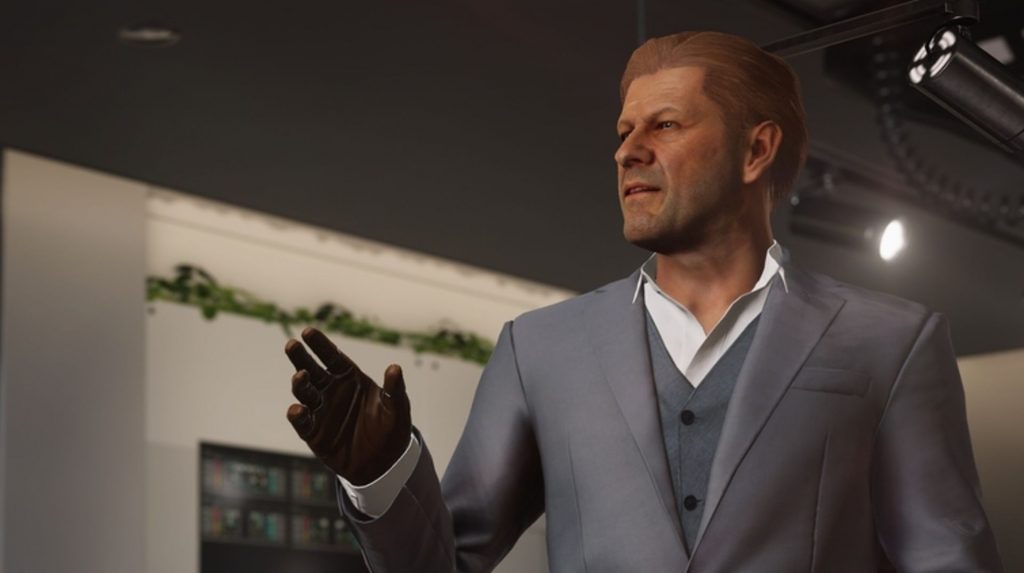 Hitman 3 releases on January 20th, 2021. The game comes out on PS5, PS4, Xbox Series X/S, Xbox One, PC and Stadia. If you own the PS4 or Xbox One version of the game, you can upgrade to the next-gen version for free.