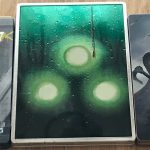 You are reading
Advice For The Steelbook-Obsessed Gamer

There is just something special about owning a steelbook game. These metal cases not only serve as a formidable protective cover for games but also embody the essence of the titles. From the zany graffiti laced cover of the Cyberpunk 2077 steelbook to the sleek Splinter Cell: Chaos Theory steelbook, there is an immense variety in appearances for these cases. Both the artwork and texture differ in various cases. Some have a matte finish, while others go for a smooth, glossy coating. Either way, taking in all the intense detail of its crafting is an experience of its own.

In addition to the stylistic differences, some retailers produce steelbooks that are exclusive to their store. A few publishers produce various editions, depending on which version of the game is purchased. For example, Ubisoft has the Gold Edition Steelbook for Assassin’s Creed Valhalla, which is available through major retailers. There is also a GameStop Exclusive Ultimate Edition Steelbook. Best Buy has started to include a free steelbook with pre-orders of select, high profile titles, as an incentive for choosing to purchase a game through them. It is just another way to help retailers differentiate themselves from the competition.

While purchasing a steelbook brand new always feels great, there are several other, more cost-friendly ways to acquire ones you might have missed. eBay is a great source if you are looking for a particular title to add to your collection. GameStop is a store that occasionally receives steelbooks as trade-ins, so periodically check your local store. Pawnshops, used media stores, and garage sales are other viable options.

For updates on when a steelbook game may go on sale, follow @Wario64 on Twitter, as he posts all the best deals in gaming and entertainment. Good luck, and good hunting!