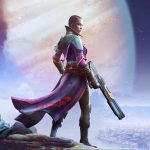 You are reading
Black Culture in the History of Video Games

Video games’ prevalence in our society seems to be at an all-time high. Interestingly enough, the average consumer will not see much beyond the gameplay or success of a game. Today, making video games is a balancing act that is often expected to magically come together at the end. The final product is met with praise or with critique and derision; however, the people behind the scenes are often never given their due. This is especially true for the Black and African American communities. These communities also suffer from systemic issues and a lack of beloved Black characters.

The PlayStation 5 and Xbox Series X|S ushered in the next generation of gaming for consumers. These new technological marvels serve as the latest achievement by the industry. This would not be possible without the hard work and contributions of many Black engineers and developers. The video game industry under-represents Black culture and the people behind many marvels we take for granted. People like Gerald “Jerry” Lawson,  the man who invented removable game cartridges.

In 1976, Jerry Lawson led a team in the Fairchild Semiconductor company to create the Fairchild Channel F. Before the Fairchild, consumers had to buy a new video game console if they wanted to play a new game. Lawson’s Fairchild Channel F was a console that allowed game cartridges to be removed for new ones seamlessly. This revolutionized the industry and placed the console at the top of the market. Game consoles that were still limited to one game quickly became a thing of the past. 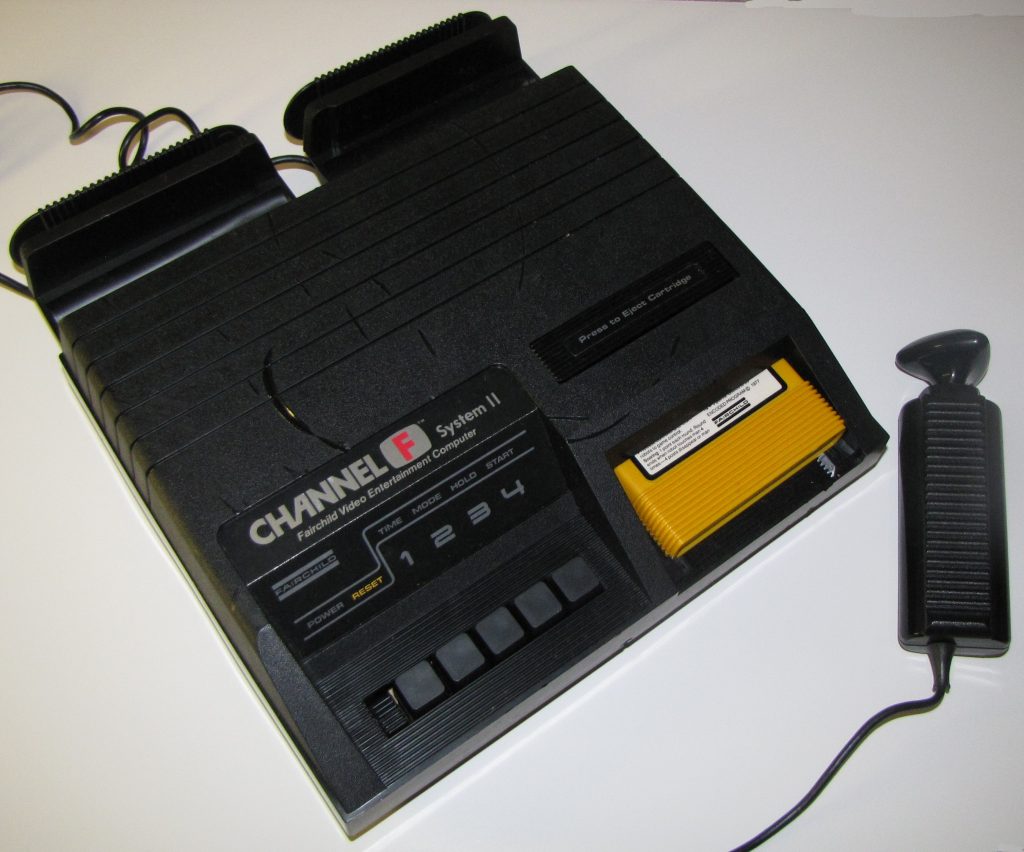 This galvanized Atari into making a similar console, the Atari 2600, which debuted a year later in 1977. Atari’s unique collection quickly dominated the market, leaving little chance for Fairchild; however, this did not discourage Jerry Lawson. Lawson left Fairchild Semiconductor to found Videosoft, the first African American owned video game design company, in 1980. Under Atari, Videosoft developed software for years. Sadly, the video game industry crash in 1983 caused the company to shut down. Despite this, Jerry Lawson’s work would inspire future Black game developers. For his efforts, Jerry Lawson earned the nickname of, “The Father of Modern Gaming.” Unfortunately, he does not have the renown of bigger, predominantly white names of that era. People know John Carmack, Nolan Bushnell, and Will Wright. Jerry Lawson belongs with those pioneers in the pantheon of gaming greats. Despite the lasting impact, this did not spawn better representation for the black community. The industry would continue to marginalize and underrepresent its gamers of color.

A Culture, Not a Stereotype 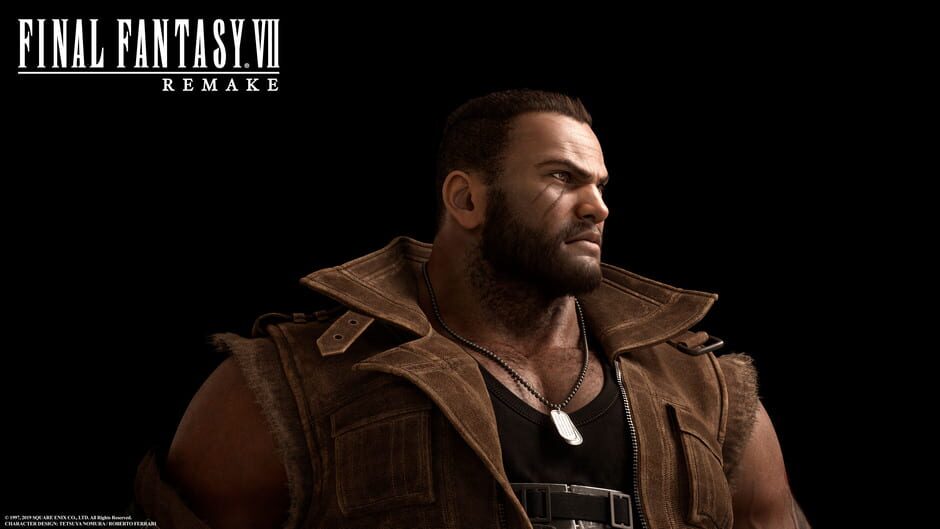 This marginalization can be seen most obviously in the struggles developers have with accurate depictions for people of color. It can most likely be attributed to the video game industry only having a small percentage of Black developers. This is not because of a lack of interest as a large percentage of gamers are Black. A survey done by the Pew Research Center in 2015 showed the number of people who play video games is relatively even across White, Hispanic, and Black populations.

When one thinks of video game icons, the list of Black icons is minuscule compared to the plethora of their White or anthropomorphic counterparts. Many famous Black characters also share similar tropes: Barrett Wallace (Final Fantasy VII), Jackson Briggs (Mortal Kombat), Balrog (Street Fighter). These and other depictions portray Black men whose predominant features are being loud, aggressive, and their intimidating physiques. Which in actuality, Black men and women have so much more to offer than these exhausted tropes. Simple and similar character designs such as these limit the notion of what it means to be Black. The only solution is the implementation of better inclusivity and diversity in video games.

Diversity has been improving and hitting milestones in recent years for the industry. Interestingly, fighting games have been a category of video games that have showcased people of color more than other video game genres. These games tend to showcase characters from all over the globe, allowing for greater inclusivity for their roster. However, there are exceptions like the Smash Bros. franchise, that somehow refuse to include a fighter of color in its seventy plus roster. Masahiro Sakurai’s willingness to incorporate third-party guest characters makes this an even bigger issue. The Smash roster missed an opportunity with Twintelle (Arms) by choosing Min Min (Arms) instead. Other great characters that would benefit the franchise include Tyrael (Diablo), Rodin (Bayonetta), Doc Louis (Punch-Out), and many more.

Fighting characters like Elena (Street Fighter) and Eddy Gordo (Tekken) are examples of those that bring part of Black culture with them in their chosen fighting style. Capoeira is an Afro-Brazilian martial art that combines dance, acrobatics, and music. These two have been with the franchise and fan favorites for decades now.  However, it is not enough to simply incorporate more Black characters, they also deserve just as much care and consideration into their design and their interactions with the world. 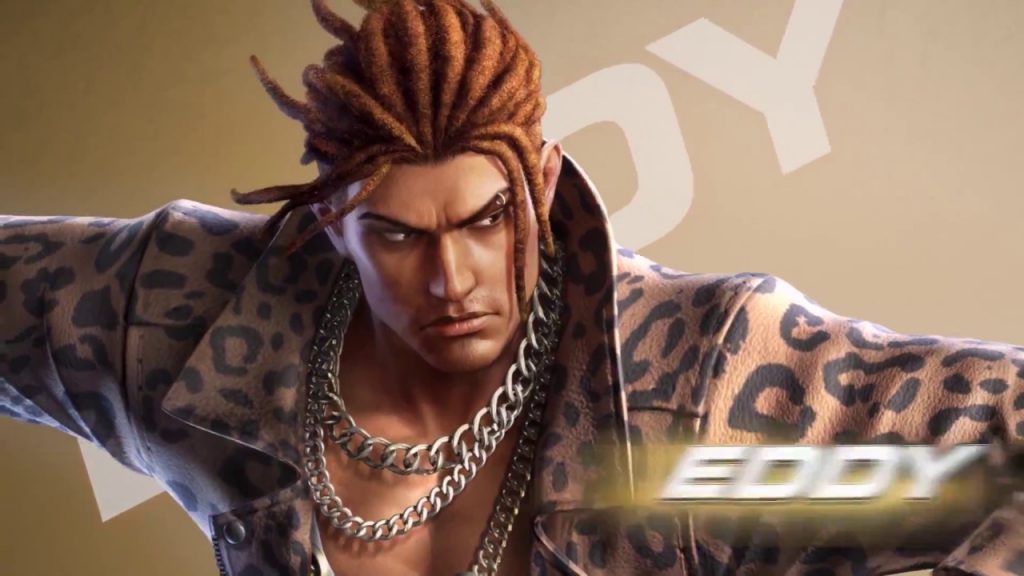 Video game design has running issues with Black characters. There are many instances where in-game lighting is less than flattering for a character model of darker complexions (Isran in Skyrim). Players who wish to make a likeness of themselves in games are not safe either. Character creators seem to share the typical list of choices: dreadlocks, afro, and simple fade for Black Hairstyles, and many of these systems fail to accurately capture the texture of Black hair. This is why it is imperative to celebrate game developers who do get it right. Cere Junda (Star Wars: Jedi Fallen Order), Lancer (Rogue Company), and Bangalore (Apex Legends) are strong-willed, complex Black women who have been given a great character design. Their hair accurately reflects modern Black hairstyles worn by women of color.

People of color (predominantly women) often have their hair fetishized by those who are not. Black women are often asked if someone can touch their hair like they are an exotic creature in the wild. Women of color are also remarked on physical features such as the darkness of their complexion or the volume of their natural curls. Black culture has also been widely appropriated, especially in the 90’s/early 2000’s when Hip-Hop was on the rise. Examples include Black vernacular being incorporated in everyday lingo, dances from Black creators being appropriated (Fortnite has come under attack multiple times for this), and celebrities like Ariana Grande taken advantage of the culture as a fashion statement.  When compiling instances like these and many others, one starts to get the picture of a disconnect. There are even instances where natural black hairstyles are not considered professional. The representation of Black people in animation has also relied heavily on stereotypes and tropes in the past. These contradict the gawking of Black culture as true appreciation is less often reciprocated 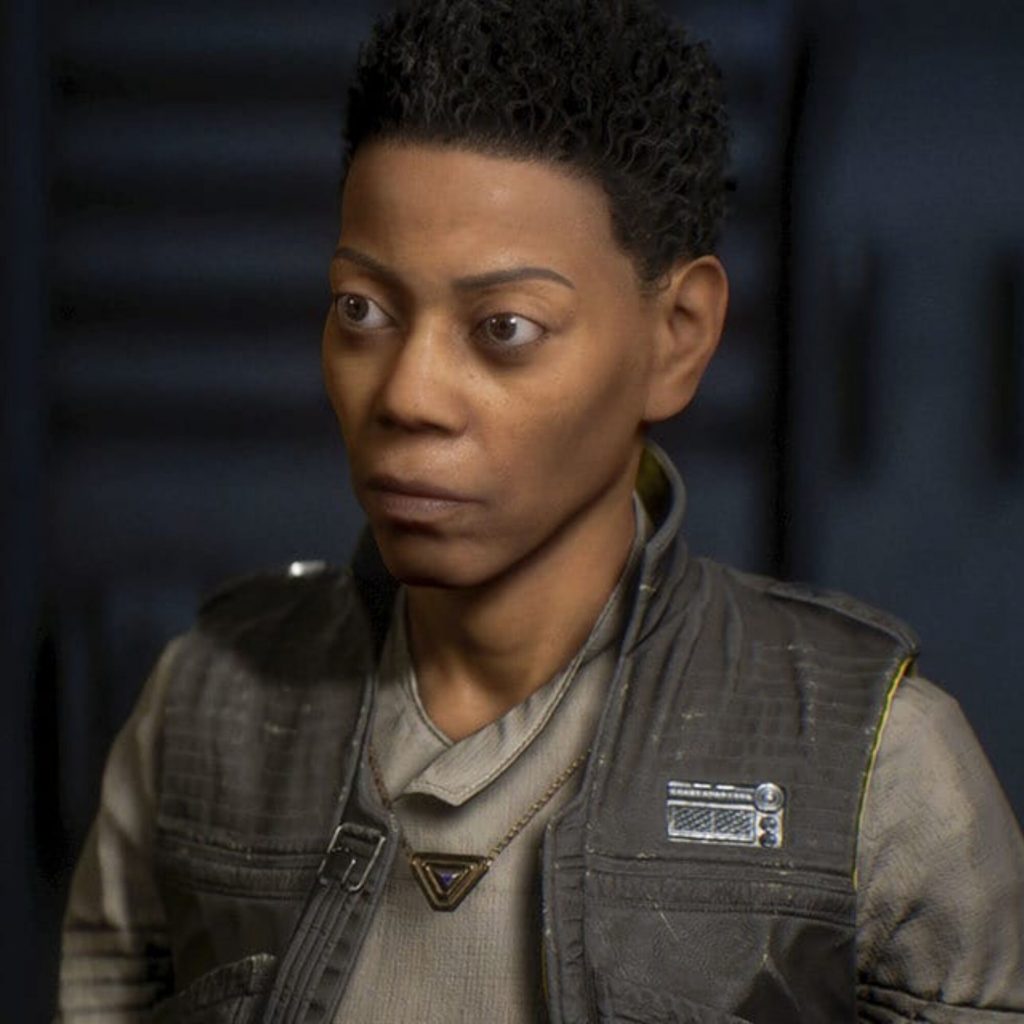 Hana Cole (Gears 5) is another character with an excellent design and background. Almost the antithesis of her father Cole Train, Hana is a well-spoken woman who defies many of the Black stereotypes in the industry such as Black people being great at sports and less so at everything else. When questioned of her Thrashball (Gears of War’s version of rugby) interests by the characters of Scorpio Squad (a team comprised of player-controlled characters inside Gears 5) Hana dismisses the notion, stating she is a scientist with advanced degrees in biochemistry, toxicology, and chemistry. In one fell swoop, The Coalition created a character who represents the educated and independent Black women in the world. A group that is rarely loved and recognized even among the Black community. They deserve more moments like this of inclusivity. 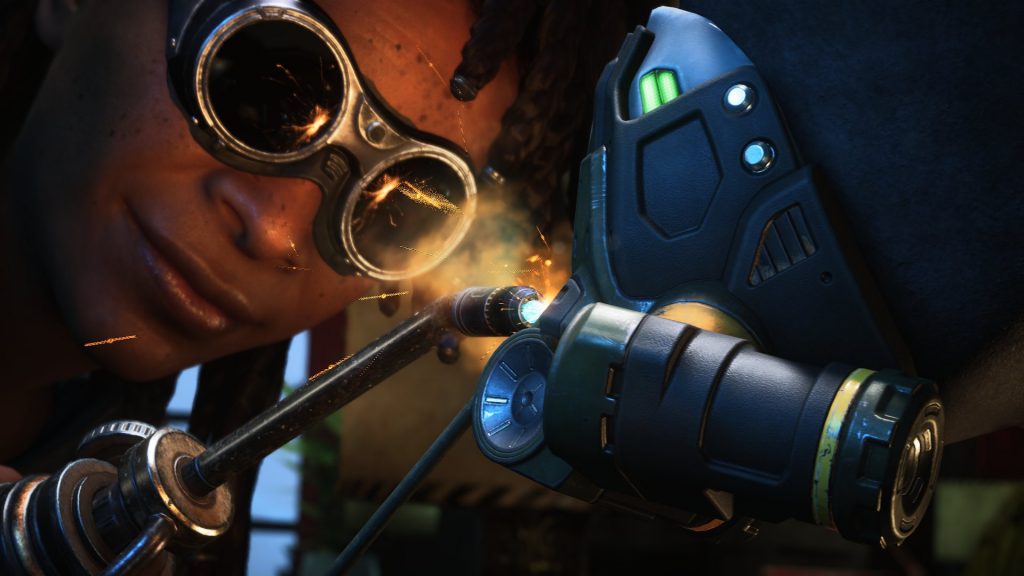 The road for inclusivity is a long one. Problems persisting in video games are systemic, festering from the ground up. Many instances can be attributed to an unconscious racial bias. One may think the bombastic and macho attitude of Cole Train is amazing and inspiring to witness. However, traits like these have come to be expected of Black males and lowers their value to only these things. True this may not be stated aloud, but seemingly harmless, “Black people are great athletes,” carries a subtle meaning. If a black male or female differs from this assumption, they are considered an anomaly by people who do not even live in their culture. Microaggressions like these are born from a general mindset someone made of another group of individuals. Studios having more diverse team members help eliminate problems that would otherwise go unnoticed by people not of color. The industry will only change by consumers coming together in solidarity with people of color.

Being an Active Ally

Consumers can help by celebrating Black creators and developers. Morgan Gray (known for Tomb Raider), Laura Teclemariam (senior product manager at Electronic Arts), and Dennis Matthews (game developer and founder of Revelation Interactive Game Development) are great people of color to start with. Neil Jones is a Black game artist from Detroit who is developing Aerial_Knights Never Yield without any funding. Twitch streamer “Zombaekillz” is a Black woman activist who advocates for social change on her platform. Of course, we would remiss not to mention our own humble beginnings from the Iron Lords Podcast whose cast is three-quarters men of color. 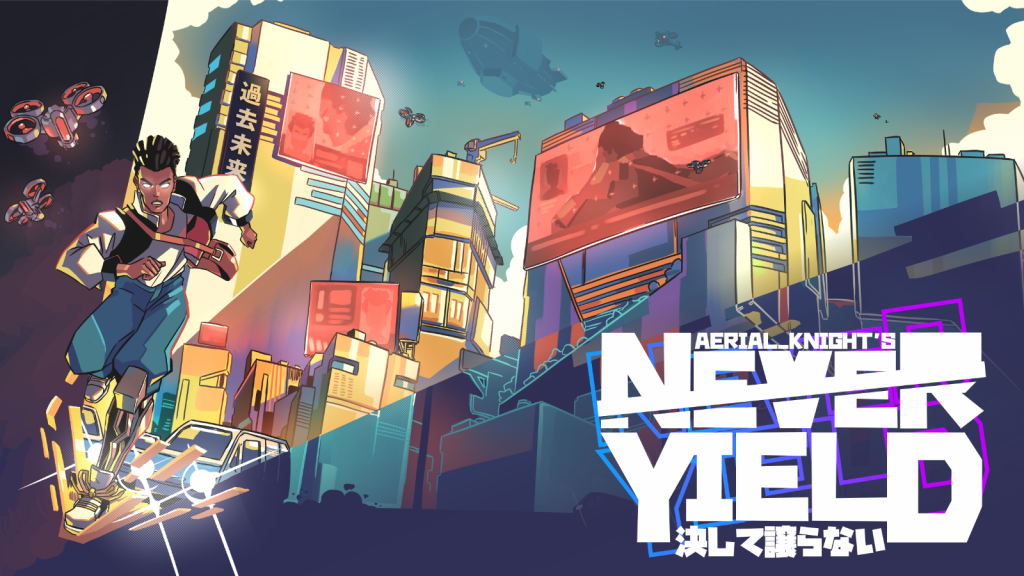 People can also help vocalize strategies that are working for the better. Video game stories should not make their premise center on the color of the protagonist’s skin. The best examples of inclusivity are well-written stories made for characters who happen to be Black. If every story pointedly addressed the hardships of racism or some other racial struggle, then the inclusion seems more ingenuine. These problems are real and prevalent; however, they are often exaggerated and only reinforce stereotypes of Black culture. People who only see Black characters living in poverty, involved in gang violence or working low blue-collar jobs start to have an inherent image created for Black people. This fuels the ongoing loop of similar story-telling with Black culture.

Ikora Rey (Destiny) is a powerful Warlock who struggles to be a great leader and to stay grounded in her religious faith. A fan favorite and respected Vanguard leader, her successes and tribulations are never attributed to her being a woman of color. Spiderman: Miles Morales does an excellent job of strong story-telling as well as shining light on social injustices. The player is engrossed with the feel of Harlem as it comes to life and is accented by the game’s soundtrack. Also at the heart of the game is a coming of age story for a young hero who happens to be an Afro-Puerto Rican. The game portrays people of color in a benevolent light. Miles and his childhood best friend are science prodigies. His mother is running for political office, and his community is filled with love and life rather than sadness and strife. Moments like these are why the Black community deserves to see itself more in the spotlight of video games, as video game history is Black history.