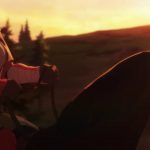 You are reading
DOTA: Dragon’s Blood Anime Coming in March

Netflix is just killing it when it comes to creating anime content. Next month, we are getting Pacific Rim: The Black. Now, fans will be getting DOTA: Dragon’s Blood the same month.

Anime fans have one more series to watch on Netflix. DOTA: Dragons Blood will be coming out on March 25th. Fans will get to see the game’s universe in a whole new light. The description of the show comes from Netflix.

The sweeping fantasy series tells the story of Davion, a renowned Dragon Knight devoted to wiping the scourge from the face of the world. Following encounters with a powerful, ancient eldwurm as well as the noble Princess Mirana on a secret mission of her own, Davion becomes embroiled in events much larger than he could have ever imagined..

We also have a trailer to enjoy. Take a look at it right here.

DOTA 2 is an online multiplayer that has taken over the gaming world since it was released by Valve. The main blog site has listed that DOTA 2 has well over 7 million unique million players last month. Most games on steam never actually get more than a few million for their entire lifetime.

DOTA: Dragons Blood is just one of the many Anime that Netflix. They have shows that cover Godzilla, Voltron, Castlevania, and Dragons Dogma. Pacific Rim: The Black will be available to watch on March 4th.

In other news, this weekend fans were given a first full trailer for Zach Snyder’s Justice League. This four-hour movie will also be available on March 18th. That movie will only be able to watch on HBO Max. March is going to be a great month for streaming. Disney+ will be getting the first season of The Falcon and the Winter Soldier on March 19th.