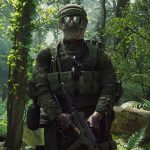 You are reading
Season 2 Is Coming To Call of Duty: Black Ops Cold War

We are now over a little a week away from Season Two coming to Call of Duty: Black Ops Cold War. As you can see in the trailer below, we are jumping into a situation that looks like it came out of The Predator film.

The search continues for Adler, who was taken during season one. Players will be going to the Golden Triangle in hopes of finding him. Instead, we find a new adversary lurking in the jungle. Naga, a trafficker of Nova 6, is waiting for Frank Woods and his team. The cinematic trailer below shows everything is about to get a little crazy. Season Two for Call of Duty: Black Ops Cold War and Warzone will be launching on February 25th.

We still have plenty of time before Season Two starts. Starting this weekend on February 19th, players will be able to gain double XP for player progression and in the Battle Pass. The campaign will be ending on February 22nd. By the looks of it, the song Take on Me by Norwegian synth-pop band A-ha is one of the many songs available for your vehicles in the Battle Pass.

Players will also be seeing some new playlists arriving before the next season starts in Call of Duty: Black Ops Cold War. On February 18th, players will be able to jump into the Throwback Moshpit. This playlist will feature Raid, Express, and Nuketown ’84. Each map will be giving players unique spawning locations, which is a fancy way of saying be prepared to get killed when you spawn. A Snipers Only Moshpit will also be available on the same day.

In other gaming news, Nintendo is going to be giving fans a look at some of the games coming in 2021. They will also feature some information on Super Smash Bros. Ultimate.