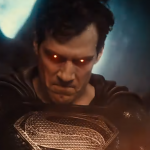 You are reading
Justice League Trailer Dropped This Weekend

The first full trailer for Zach Snyders cut of Justice League was unleashed yesterday. Since watching multiple times I had one question. Why did Joss Whedon not stay with Zach Snyder’s ideas? This movie could have spawned something great. Instead, fans received a copy of what Marvel is doing with DC heroes. This time around it will hopefully erase the first version of this movie from our minds.

Fans have gotten a full taste of what is coming next month with this trailer. From the Bat-Tank to Joker in the Knightmare. Justice League is setting the groundwork for a DC Universe we deserve as fans. Even if the movie is a little darker, it still works. If you’ve seen this trailer already watch it again.

Seeing this different version of Jared Leto’s Joker in the movie is a great idea. We did not fully get to see his character flourish in Suicide Squad. It is strange to me that a movie that was released in 2017 might be one of the biggest releases in 2021.

Given that the pandemic has still shut down most theaters in the United States, streaming it this year might be the only option. If we do get a theatrical version of this four-hour Justice League movie, there is an intermission planned. Zack Snyder has placed one in the film just in case. I, for one, would love to sit through this movie in the theaters. It has been years since I attended a movie that had an intermission in it.

March 18th is right around the corner. We have waited a long time for this movie to be released. In other movie news The Croods: A New Age was able to take over the top spot this weekend at the box office. That movie has been in theaters for thirteen weeks. It has almost been available at home for that same amount of time.