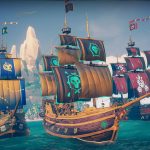 The Merchant Alliance Paled in Comparison to its Original Competitors

Of Sea of Thieves’ first three factions that’s been around since the original launch, the Merchant’s Alliance lacked in fulfilling voyages. Their older voyages are the hated fetch and delivery quests in game design. Merchants can either give you a shopping list of goods to find or a contact who needs goods delivered across the sea. These missions are called Trade Good Commissions and Cargo Runs respectively. Both have some form of a time limit as well. Commissions have a deadline from when your crew votes on the quest, while Cargo Runs don’t start until you pick up the cargo. However, the Cargo Runs involve delicate cargo like fragile bottles. The more damage each cargo piece takes, the less money you’ll make on delivery.

Simple fetch quests do not make good gameplay. Most fetch quests don’t give a reason to justify themselves unless there’s a mechanical or narrative surprise. The Witcher III‘s side quests earned so much praise partially because they avoided fetch quests unless its story could justify it. Jason Schreier covered this in his first book, “Blood, Sweat, and Pixels,” writing:

“During these early design sessions, Mateusz Tomaszkiewicz and other designers enacted a simple rule: don’t make boring fetch quests. “I called them ‘FedEx quests’…Someone says bring me the cup, or ten bear skins…There’s no twist, no nothing…Every quest, no matter how small it should be, should have something memorable in it…Something unexpected happeneing.”

Now apply this logic to Sea of Thieves. Voyages in this game can take more than an hour dependent on potential random events in the game. Players can be attacked by Megalodons, Krakens, Skeleton or Ghost Ships, or even worse, other players. Making players complete boilerplate fetch quests and their drive to sail on Merchant voyages sinks. 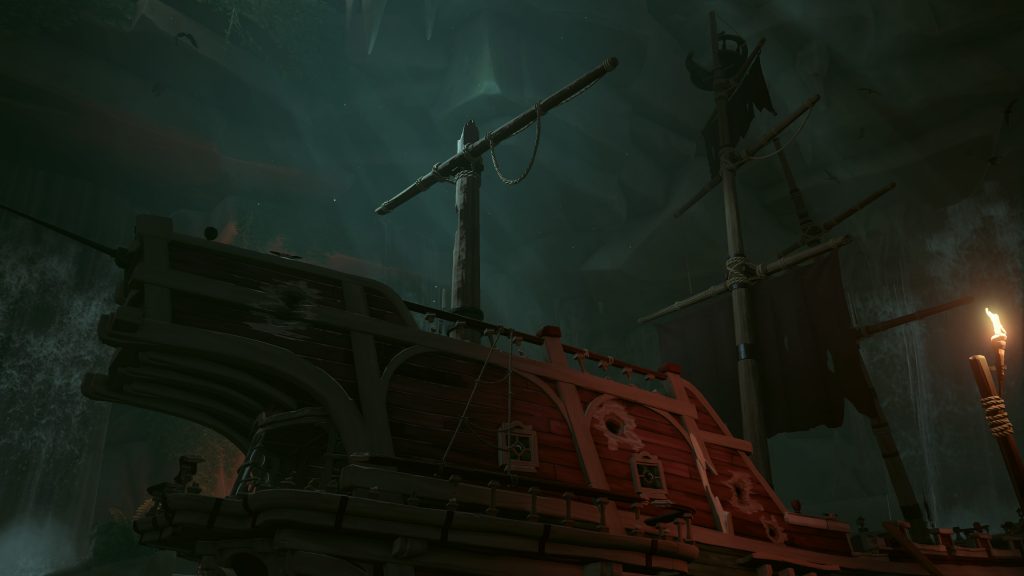 First off, Lost Shipment Voyages are search and recover missions. Merchants tell players about missing deliveries. These ships and their cargo are missing. You must find them and at least recover the Merchant Manifest.

When players set sail, they get a map of the planned route. This route shows islands the ship should have passed by. Not every puzzle piece is onshore though, players need to look for the flocks of birds that signal floating barrels or the ship itself. A blue bottle will hold the first hint about where the ship went. Each new tip leads to another until you find the ship, and on it, the manifest. Further, each hint is another part of this ship’s story. Players learn why it sunk as well. Eagle-eyed players can also earn another bonus if they find the Captain’s Keys on the way. These keys open up the Captain’s Cabin, where the missing shipment is, which players can now take and sell to the Merchants. In addition to what players find with each tip, the loot piles up.

Two things stand out about Lost Shipment Voyages. These voyages address the exact issue Schreier referenced above about fetch quests, memorability. Even though all Sea of Thieves voyages do use procedurally generated missions, Lost Shipments tell a story. Even though the Gold Hoarders and Order of Souls have fun gameplay in their voyages, neither tell stories. Rare Ltd. took the right lesson from their Tall Tales: good stories enhance gameplay.

Also, the loot found can be staggering. Each hint has various Merchant goods around them, like Crates of Tea, Sugar, etc… Furthermore, some barrels have cooked meat, which generates a nice, albeit small, purse. Finally, the Merchant Manifest sells for at least 1500+ gold alone, and that number rises with your Merchant Rank. With about three or four hints before the end goal, players can find dozens of loot pieces to turn in.

Rare Finally Got the Merchant Alliance on Par With its Competitors

Despite relatively equal gold returns, the Merchant Alliance’s voyages never felt as good as the Gold Hoarders or Order of Souls. Basing Merchant voyages on gaming tropes instead of pirate tropes or the game’s mythos harmed the Merchant Alliance. Rare both based Lost Shipment Voyages in Sea of Thieves’ world, and gave these voyages stories. Although recency bias might slightly affect current rankings for voyages, there’s no denying that Lost Shipment Voyages are at least one of the best voyages Rare has designed thus far.