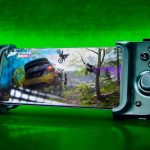 You are reading
Cloud Gaming in 2021

Google Stadia is barely a year old, and Xbox xCloud is officially younger than Stadia. After those two contenders in the “console-like” category, we have Nvidia GeForce Now which caters more to PC users. Geforce Now does this by offering access to your existing Steam, Epic, and GOG libraries.

New contenders are arising as well. Amazon Luna is preparing to take on Google Stadia directly once it becomes available to the public, and other players are testing the waters too. EA held a closed beta of their game-streaming service about a year ago which I was lucky enough to have access to, but am unfortunately not allowed to comment on. It is a shame, but maybe someday. Finally, let’s not forget Sony PlayStation Now which sort of holds its own category in a way. 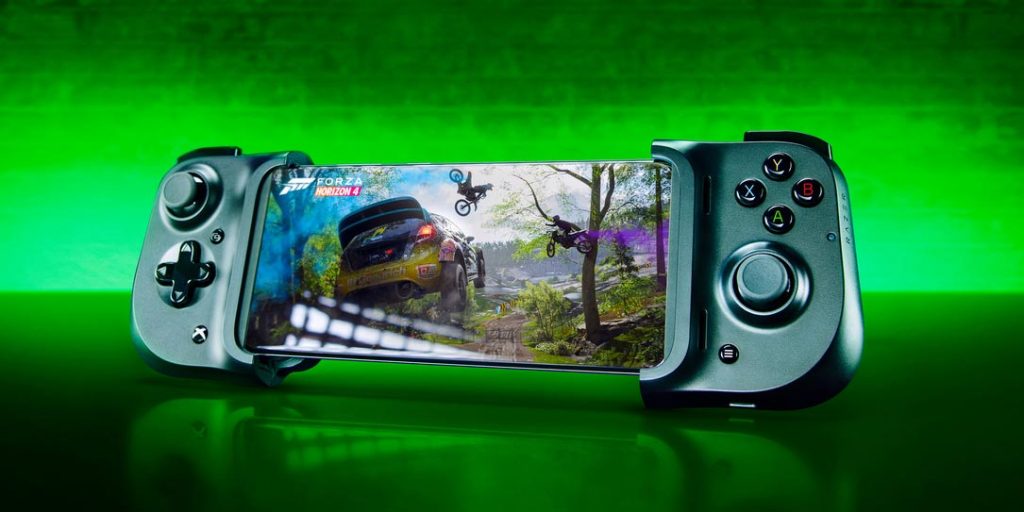 A smartphone and Razer Kishi controller

How do these technologies compare? How PLAYABLE are these solutions, and finally why would you even consider cloud gaming?

It’s a common question that is quite popular among gamers today, especially on social networks where it’s unusually “cool” to downplay anything new that’s not exactly being made by your favorite company. And rightfully so, cloud gaming is still in its infancy today. 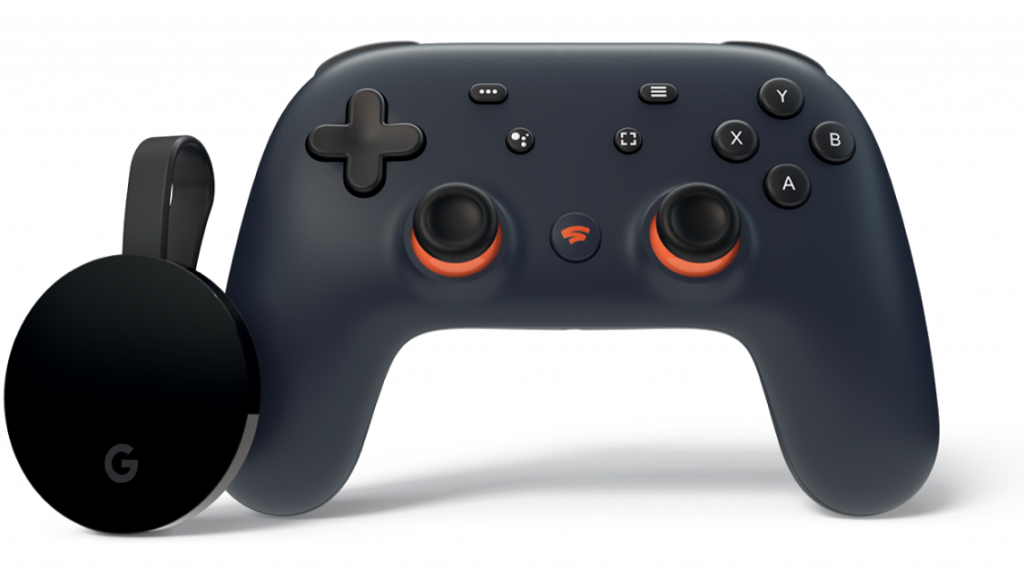 Although other streaming services were technically available for much longer, a year ago Google Stadia brought their vision to the big stage. They invested in technology, availability, and marketing. Stadia also started signing contracts with developers and publishers. What is Stadia anyway? You can view Google Stadia as another game console but in the cloud. Technically, in my opinion, it sits between a PC platform and modern consoles. Just like Playstation, Xbox, and PC, Stadia is also powered by the x86 CPU architecture and a Radeon graphics card. This is where similarities end. Generally speaking, Stadia is fixed hardware that is deployed to the end-user once you click on the “run game” button. However, it’s not entirely fixed because Google claims that they can stack the hardware together in order to double performance if a certain scenario requires it. In real life application, I have not heard of this particular scenario ever materializing.

The underlying Stadia operating system is Linux, but that does not mean that you can run Stadia games on your home Linux system. Unfortunately, the whole thing is Google proprietary and must be viewed as a closed system. A console in the cloud, if you will. Unlike PlayStation Now and Xbox xCloud, Stadia is widely available throughout the world. In countries where it is still not available, it is easy to choose another, supported country to set-up your account. In theory, you should not be doing that if you plan on getting support from Google, but I have personally tried it with very good results.

The idea of geo-restrictions with cloud gaming platforms is latency. Latency, in this case, is the time that passes between your controller button press and something happening on your screen. Depending on your input source this latency can vary, but from the geographical perspective, the main cause of input latency is the limit of the speed of light through the atmosphere plus the time the signal spends in copper or fiber wires. The roundtrip of the speed of light around the Earth via the Equator is 134 milliseconds. In order for the input latency experience to be bearable, the datacenter you are connecting to shouldn’t lag more than 60ms, in my opinion. However, that data is only applicable to a single-player game and controller input. Ideally, you want data-travel latency eliminated, but that’s basically impossible.

From the cloud-streaming perspective, you want to be connected to a Stadia data center in YOUR AREA, and that is why all of the cloud streaming services are progressing slowly. Infrastructure needs to be built, if not in every country, then at least in every “area”. By area, I am referring to circles on the globe that can guarantee low enough latency. The speed of light isn’t the only factor that counts into latency.

Your TV has latency. The best TV sets from 2020 introduce about 10 milliseconds of input latency, while my 2017 Sony TV averages around 30 milliseconds. After that, you need to consider controller input latency, which is usually Bluetooth-connection powered, and you need to add the latency generated in the datacenter after your game reacts to your input. How long does it take for the image to get encoded into a video stream that will be sending the next FRAME your way? One of the tricks that Stadia came up with is a custom controller that does not connect to your TV but rather directly to the datacentre via your WiFi connection. How much does this reduce the input latency in actuality?  While I don’t have that controller and frankly it’s not that cheap either, our friends at Digital Foundry did a pretty in-depth look at it.

Luckily, Stadia supports all mainstream controllers including mouse and keyboard input. The upside of the Stadia controller, in my opinion, is that you can pause the game on one screen and continue on another without reconnecting the controller at all. Press pause on your Chromecast if your sister needs a TV, move to the web browser on any device, and you are good to continue. Stadia supports Android devices, iOS devices via the Safari web browser, web browsers on computers, and Chromecast Ultra plugged into your TV. Unfortunately, Stadia does not support the Android TV operating system. That is a huge shame considering it is their own operating system. I have tried sideloading the app to my Android TV and the app runs, but the games don’t work. Hopefully, it gets addressed in the future.

The incentive to invest in Google Stadia, in my opinion, comes from the desire to abandon physical hardware completely and trust Google with your game purchases. In order to play games on Stadia, you either need to purchase games on their platform. Alternatively, you can subscribe to Stadia Pro which gives you monthly games to claim, somewhat like PSN+ or XBL Gold. 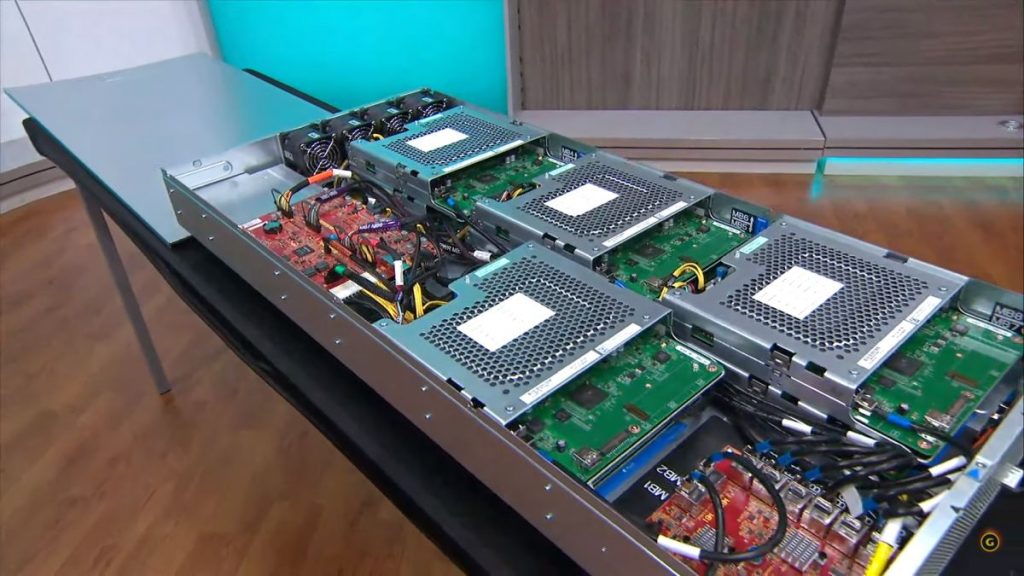 Xbox xCloud, on the other hand, feels like an extension to the Xbox console more than anything else. At least in its current form. By paying for Xbox GamePass Ultimate, you are getting access to the current GamePass catalog on not only PC and Xbox but also on the xCloud. Since xCloud is technically an Xbox console but in a remote data center, you are able to cross-save with your Xbox. Meaning, if you wish to continue your Gears Tactics playthrough while you are away from your home you can easily do that on your phone.

Yes, I said phone. Android phone to be precise because Apple does not allow game streaming services on iOS devices, but Microsoft is working on enabling xCloud via the Safari web browser. To me, the whole xCloud thing currently feels like one huge demo. Current xCloud hardware is based on the Xbox One S at the moment. Even worse, we do not know when exactly they will upgrade it to Series X hardware. Also, the availability is much worse than Stadia, and not many countries have access. There is a workaround to getting access to the xCloud service by the means of a VPN, but it is a pain to use each time you wish to play and the performance is barely usable for me. Note that I am in an xCloud-unsupported country (Croatia).

There is another factor to consider while thinking about what exactly xCloud is. The fact that it’s a service currently only available on Android phones at the moment. No computer, no TV support. Although I did sideload the xCloud Android app to my Android TV. The whole thing worked no worse than it did on my phone. So that is going to be a plus once Microsoft decides to support TVs officially. PC support is coming both as a Windows app band and as a web browser app. That means that you will be able to play your xCloud games on Windows, Mac, and Linux, just like Stadia already can.

Availability remains the biggest issue of Microsoft’s service. Especially compared to Nvidia GeForce Now which has been extremely aggressive with adding data centers all around the world. From that perspective alone GeForce Now clearly leads in this race from the very beginning. Unlike consoles, you can not just “import” the device from another country. GeForce Now is a different beast altogether, and I think aimed at a different group of gamers. Aimed partially at gamers who don’t have a preferred platform, but mostly are PC gamers at heart who cannot cope with the hardware investment needed to stay relevant. Nvidia GeForce Now can already run Cyberpunk with raytracing and decent performance. While I state decent, I need to mention that ALL cloud-gaming platforms suffer from the dreaded video-encoding disease.

It is not a deal-breaker but if you have ever watched a youtube game streamer you will understand what I mean. The picture quality isn’t native as your local hardware renders it. It renders in the cloud but then it gets converted to a video stream with a video codec that introduces certain artifacts. Once you are invested in the gameplay this will probably not bother you. However, side-by-side comparisons to local rendering show a clear benefit of your hardware investment.

I did not test Sony PlayStation Now simply because I could not get it to work in my unsupported country (Croatia). It’s a service mostly designed to mitigate the inability of the PS4 and PS5 to run PS3 games, so most of the games on that service are PS3 games. And yes, I said most. Not all. To me, it feels like a replacement for backward compatibility more than anything else.

I do not see cloud-gaming technologies replacing locally owned hardware any time soon. I do see it becoming a viable alternative and even an addition to our gaming habits. These platforms are here today, and they already work. Sure, you can always argue that your games might become unavailable if your Internet connection dies or you reach your data-cap. Be lets be honest though – you said the same thing about Netflix a few years ago, didn’t you?  Besides, I firmly believe that your Internet services provider will sign the contract with one of these cloud-gaming services soon enough. You will be offered unlimited data exclusively for your gameplay, so it doesn’t count against your cap. That sounds like quite the future to me.