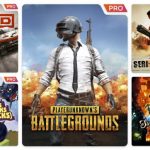 You are reading
Google Stadia Finally Gets Wireless Controller Support

Google has been revealing quite a few games and features that will be coming to the platform over the past few weeks. After a prolonged silence after the platforms official launch last year. It seems that Google is starting to get the wheels moving on Stadia. This includes a newly updated feature that allows Stadia to use a wireless controller, which was promised as a feature prior to the launch of the service.

As announced on the Stadia Community Blog Post, you no longer need to connect the controller physically to your computer to play your favorite games. Starting this week you will be able to use the initially promised WiFi functionality with your PC. It was a long-overdue feature, one of the key selling points of Stadia, so it’s good to finally see it ready for end-users in the laptop/desktop scenarios.

As it stands right now Google Stadia’s games streaming service has begun its career in a rather underwhelming fashion. While the underlying streaming technology is good it’s games portfolio has been lacking for months. Hopefully, Google will not drop the ball on this one because game streaming tech is shaping up to be a decent alternative for casual gamers in the regions where these services are supported.