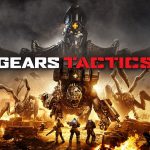 You are reading
Gears Tactics Review – A Spinoff Done Right

Splash Damage and The Coalition teamed up to take the Gears franchise into a foray with Gears Tactics. The game is a turned-based strategy game and marks a significant departure from third-person cover-based shooter roots, but still remains faithful to the source material. Does Gears Tactics rev our Lancer saws the right way or did it splutter? Read more below.

Setting Up the Plot 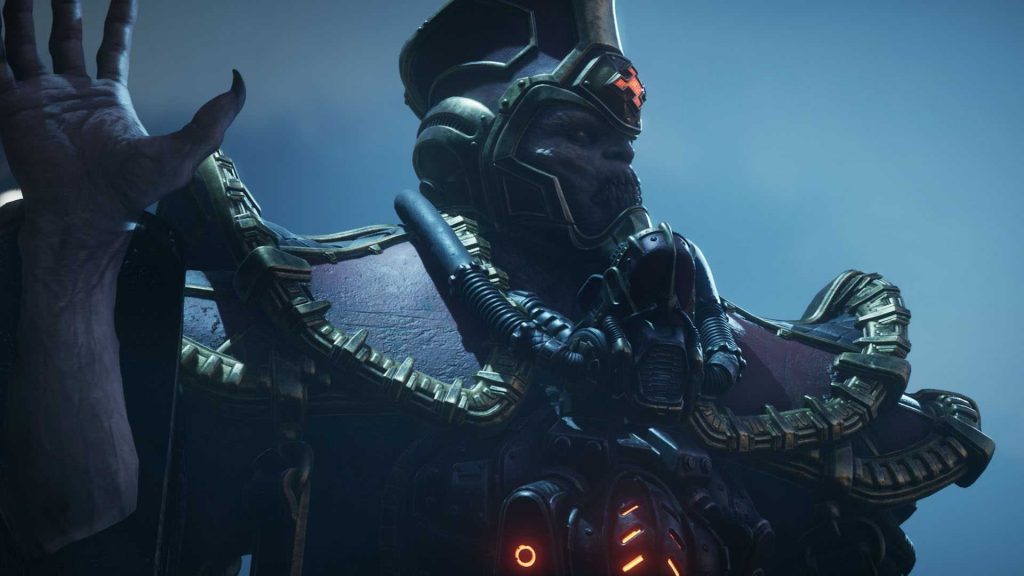 Gears Tactics takes place 12 years before the events of the first Gears of War. One year after the Locust horde first made their way to the surface of the planet Sera, known as Emergence Day, the human race is in a conundrum. Unable to defeat the Locust head-on, Chairman Prescott, the leader of the Coalition of Ordered Governments (COG), issues a directive to destroy key cities outside the Jacinto Plateau using the Hammer of Dawn. Prescott also deploys mop-up squads to kill remaining Locust in ruined cities. It’s here that players take control of Alpha Squad’s Sgt. Gabe Diaz, who’s also the father of Kate Diaz of Gears 5.

Gabe teams up with a fellow Pendulum War veteran, Major Sid Redburn, as they are sent to retrieve classified intel. During the mission, they encounter one of the Locust’s most dangerous scientists known as Ukkon. He’s responsible for creating some of the Locust’s most vicious creatures like the Corpser, Brumak, and Shibboleth. Prescott then tasks Diaz and Redburn to take out Ukkon, setting up the main premise of the Gears Tactics.

The game’s story is presented by cutscenes between missions, similar to previous Gears entries. They remain consistent in presentation and overall tone from other games of the franchise. Gears Tactics is well-paced overall but mandated side missions do somewhat lull the experience. These side missions don’t progress the story at all and feel more like content filler rather than fully fleshed out additional content. Characters have enough personality to differentiate themselves from one another without them being too overbearing. A similar feature found in other Gears titles. 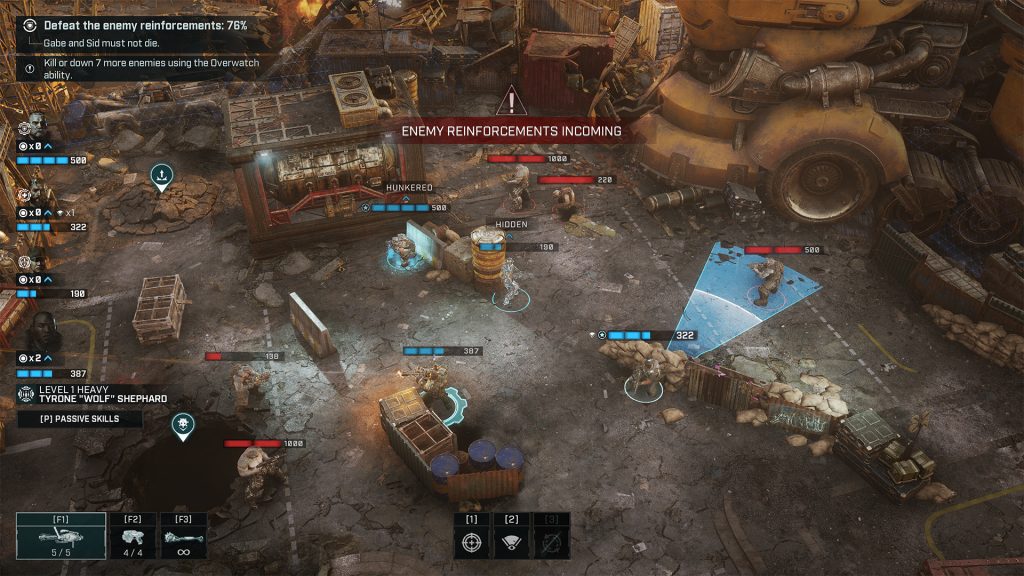 Players control up to four squad members, each with their own weapons and skillsets. Each character has a limited number of action points used and they reset at the end of each turn. Cover still plays an important part in Gears Tactics. It’s always important to scan the horizon for the best position of your squad members. In some instances, when cover seems out of reach, you’ll notice that characters can just about make it and magnetically slam into cover, a nice nod to the mainline entries.

The game is relatively fast-paced for a turn-based strategy game but still retains the Gears feeling. Players will shoot, maul, and explode enemies with finesse using a combination of mouse clicks and key presses. E-holes are a terrifying sight and will compel players to block them up immediately.

It’s also a great introduction to the genre for anyone looking to get into it. The game is quite intense even in its turn-based nature and is addictive and enjoyable to play. However, it would have been nice to have a quick save function, but Gears Tactics checkpoint system works well enough. The game is quite difficult even on its intermediate difficulty, which shows that the game doesn’t pull its punches. 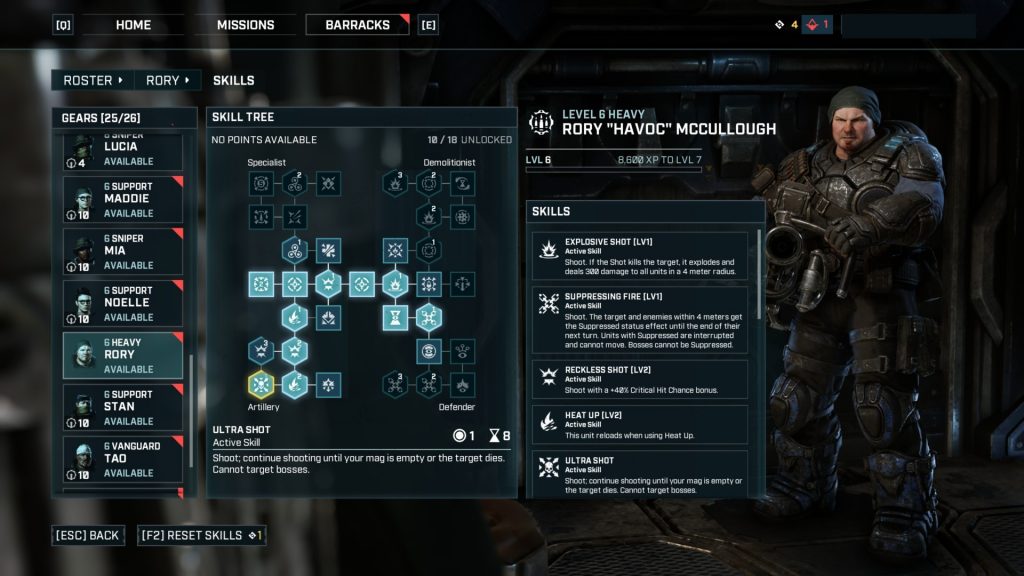 In-between missions, players can access the barracks. It’s here where you can upgrade your characters in a hefty skill tree, recruit new squad members or equip new loot and attachments found in cases from missions. However, Gears Tactics relies too heavily on cases for loot, which in the long-term can present an issue for players. Usually, in other X-COM style games, players can research different gear like weapons, attachments, and armor. This feature is sorely missed in Gears Tactics. 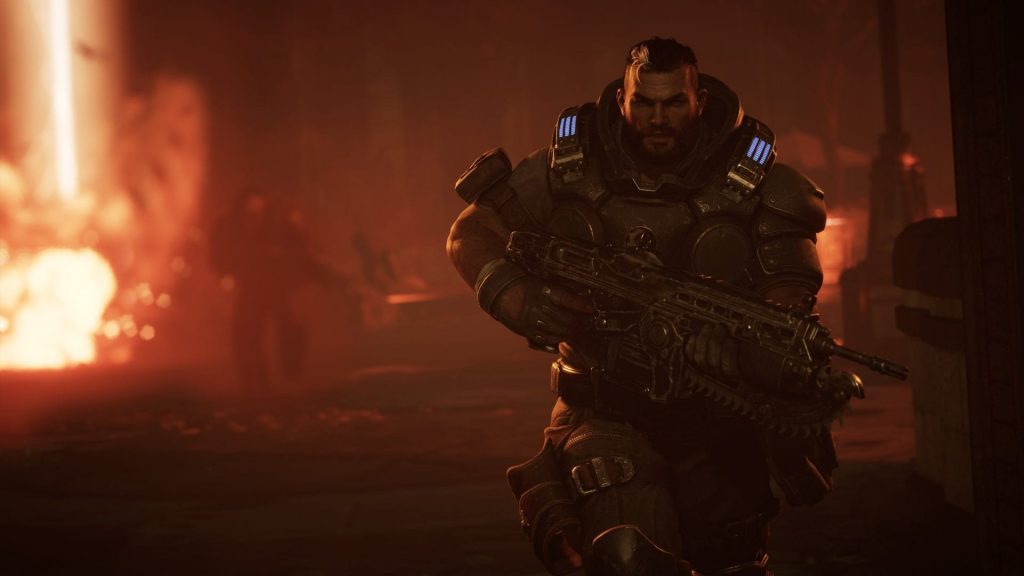 Visually, the game is a looker, especially for the turn-based strategy genre. The game is unmistakably a Gears game, taking visual cues from mainline entries. Characters are big and hulky, and the attention to detail in textures is quite remarkable. The cutscene themselves are well mo-capped and are a feast for the eyes.

Gear Tactics incorporates its style both from the first trilogy of Gears of War and more diverse settings found in Gears 5. The ruined cities found within Act 1 is a nostalgic trip back to the OG Gears games. While without spoiling the game, the later Acts show the newer Gears tradition of diversifying its settings.

Character movement and animations remain consistent within the franchise. Yes, a Lancer execution is just as satisfying as any other Gears game, but now it comes with added bonuses of more AP and a slight health regen. Overall, the game looks like a proper Gears game, even with the overhead camera.

Gritty to Its Core 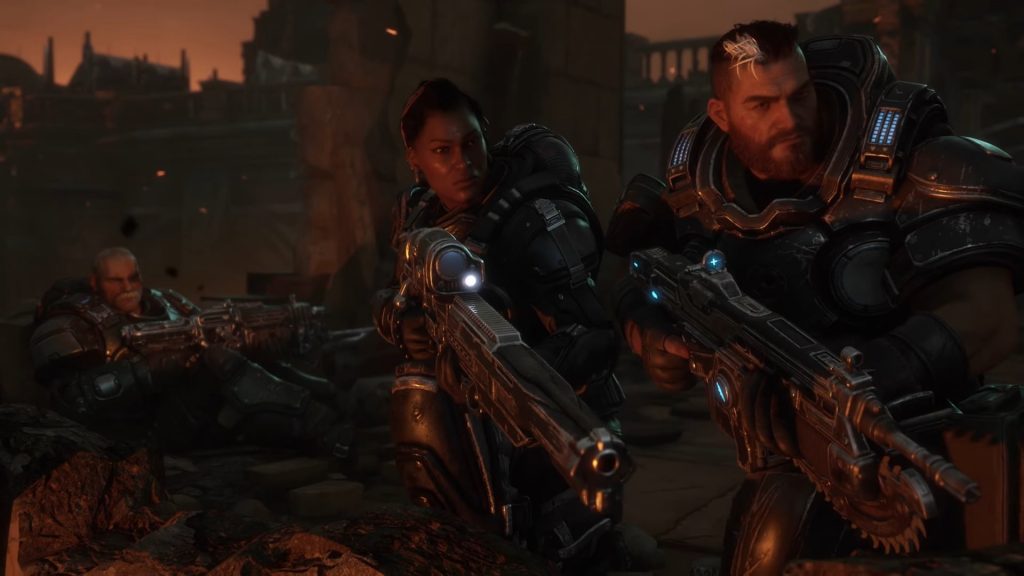 Similar to other aspects of the game, Gears Tactics still retains the familiar music and sound effects from the franchise. The music is spot on from the first Gears of War trilogy. Sound effects remain as gruesome as ever. Headshots and dismemberments reverberate in an oh-so-satisfying manner. While the Locust horde grunts, screams and screeches prove that they are still the fan favorites within the franchise.

Voice acting remains top-notch in the game. Noshir Dalal voices Gabe, while Bruce Thomas bring Sid Redburn’s battle-hardened experience to life. Again, the game is consistent with other entries in the franchise, and delivery is spot on. Debra Wilson voices Mikayla Dorn, the civilian turned sniper. Wilson does a tremendous job of bringing Mikayla’s struggle to life.

Make no mistake, Gears Tactics is a Gears game through and through. The new genre is a wonderful addition to an already meaty franchise that spans back 14 years now. Gears Tactics is an experiment done right and proves that the franchise is more versatile now than it’s ever been before. Gears Tactics successfully takes the best elements of the turn-based strategy genre, while distinctively feeling like a Gears game. Kudos to Splash Damage and The Coalition for taking the veteran franchise in a new direction.

The gameplay is fun brutal and fast-paced for a turn-based strategy game, and more importantly, it’s addictive and approachable. Graphics and sounds hit their marks and truly show the high production value that went into the game. Some issues such as over-relying on cases for loot and bland side missions really slightly dent the experience. But, overall, Gears fans with decent enough rigs and laptops should not miss out on Gears Tactics.