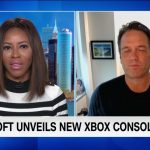 Only a few days ago it was announced that  Xbox Game Pass has grown over 50% in the last 6 months.