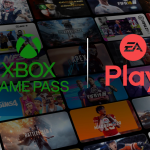 Microsoft just announced that it is partnering up with EA to bring EA Play to the Xbox Game Pass subscription service. This will create one of gaming’s strongest value propositions.

EA Play was recently rebranded. It was formerly known as EA Access/Origin Access. The service brings some of EA’s greatest titles such as FIFA 20, Titanfall 2, and Need for Speed Heat. The service also contains some of EA’s most popular franchises such as Battlefield, Mass Effect, Skate, and The Sims. The subscription service also provides additional benefits like exclusive in-game challenges and rewards and discounts on EA digital purchases for DLC and games.

It’s very clear that Microsoft is banking on its ecosystem value proposition to attract new customers. As many of you know times are tough all around the world due to the COVID-19 pandemic. So, by appealing to a cost-effective structure for video games, it could prove smart given the extreme economic uncertainty the world currently faces.

Undoubtedly, Xbox Game Pass continues to disrupt the gaming industry for the benefit of consumers. With EA Play being bundled into Xbox Game Pass, it’s clear that Microsoft is going all-in to win over consumers with its immense value proposition. Time will if the strategy will pay off in the long run.

Be sure to check back to Lords of Gaming for all your gaming news and analysis.